In the months between September 1940 and May 1941, the German air force engaged in a brutal and relentless bombing campaign against the United Kingdom known as "the Blitz." The aerial attacks killed over 43,000 people and left over a million homeless. Millions of citizens huddled in bomb shelters and homes amid the raids, contributed to early warning systems or worked in the home guard.

"The blitz" was a defining moment in British history and the images of the British population soldiering on as major port cities, including London, were devastated in the bombing became a crucial element of how Britain perceived itself during World War II.

The attacks dwindled after mid-1941, when the German Luftwaffe was largely reassigned to the campaign against Russia. By that time they had dropped over 50,000 tonnes of bombs on Britain.

Manchester's Imperial War Museum North is displaying a series a series of incredible color images from that time in a major new exhibition called entitled "Horrible Histories: Blitzed Brits at IWM North." The show is set to mark the 75th anniversary of the Blitz, and features personal stories, objects, photographs, art works, film clips and sound recordings. The exhibition runs through the spring of 2016. 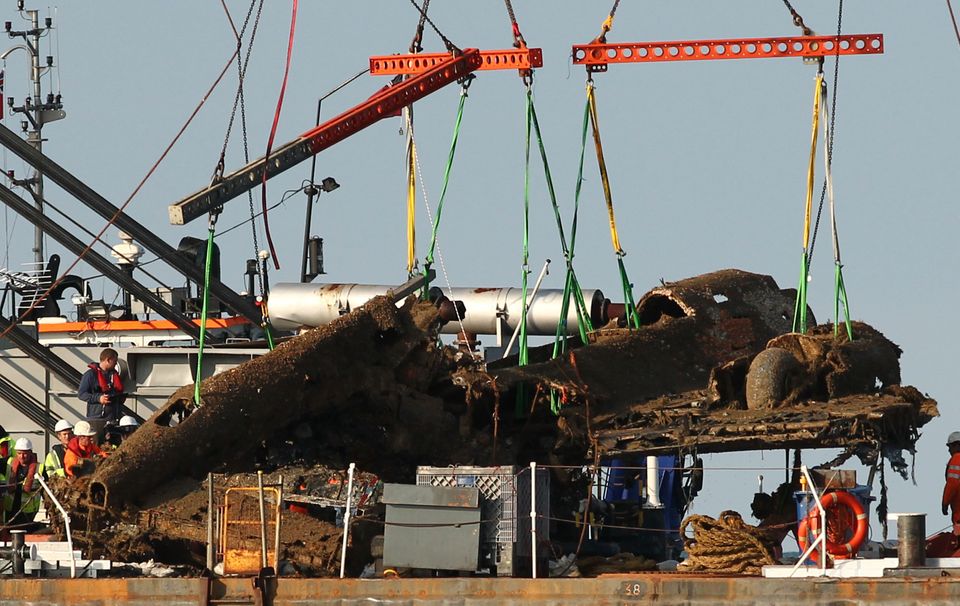