Maybe a block or so away from Paramount Pictures, deep in darkest Hollywood, there's a short alley off Van Ness Avenue called La Vista Court which is a real nexus of California bohemianism. It's contained in an unusual looking three-story building there that has a bas relief of the great bohemian writer Jack London on its front. I've been following the history of London House for nearly half a century, and a couple of days ago I checked in to see if everything was still OK. Jack London House's present owner is a woman named Francis, who is sometimes known as Kitten Natividad. She was best known as the partner and girlfriend of Russ Meyers, a pioneer of erotic films, some of which she starred in.

The more you know of the story of this building, the more comparing London House to the monolith in Stanley Kubrick's 2001 rings true. This is a building of catalyst and history. And the fact that this building stands in McDougall Alley where the Keystone Cops were filmed driving like lemmings into the water at the eastern edge, only adds a convincing touch of the surreal to the entire scene. 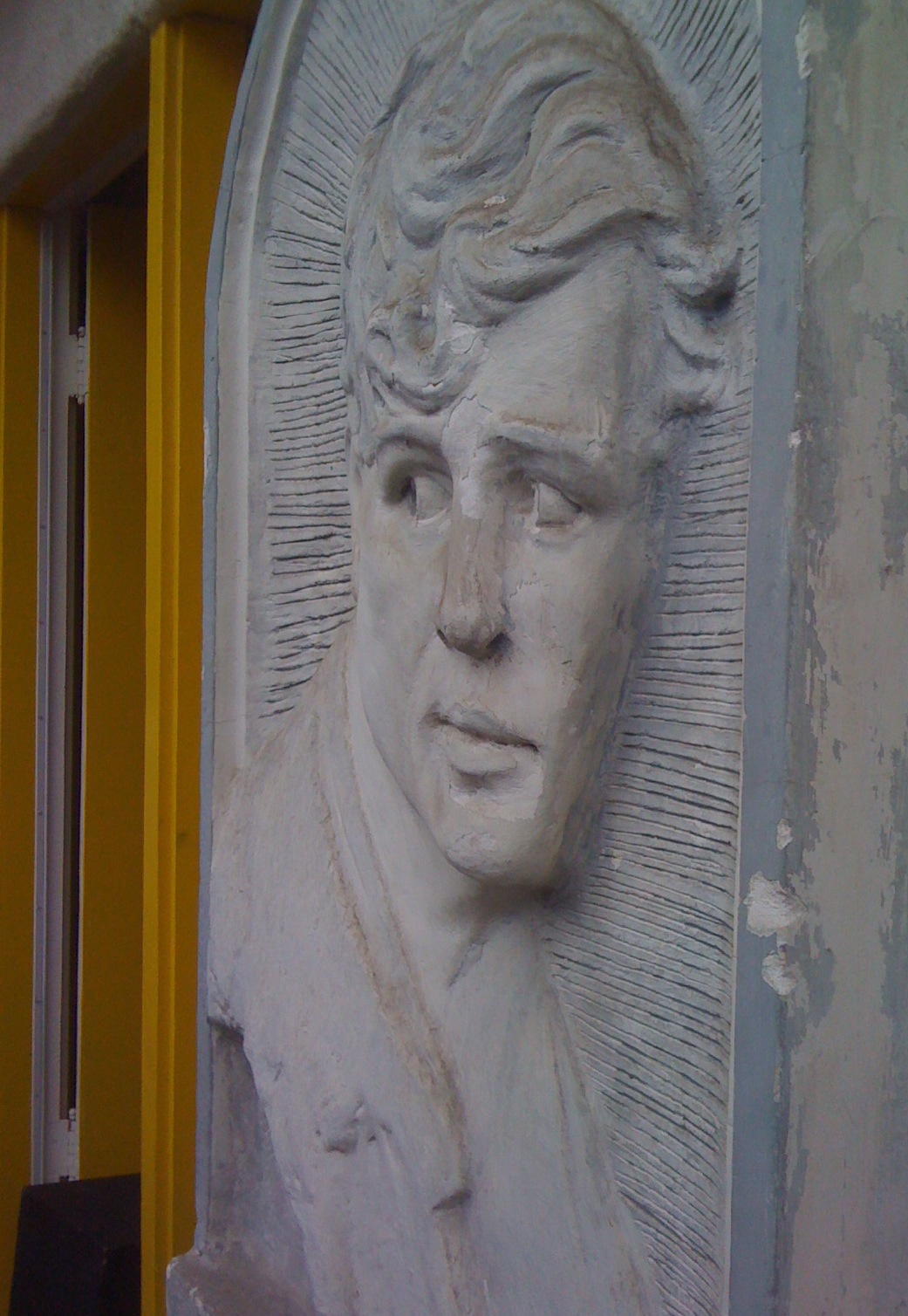 Kitty inherited London House from Bob Gary, who had owned the house for decades. She has been doing her best to keep the house up, although she never entirely shared Gary's ideological commitment to bohemianism and certainly not to atheism. Gary traced his motivation to the fact he was a descendant of the world's first great, bohemian, Mark Twain. It was in his blood.

I was first introduced to the house in the '60s by Monty Muns, a coffeehouse entrepreneur and bohemian extraordinaire. He knew of the house only because he had once lived in the neighborhood. I didn't actually knock on the door and meet Gary, a script supervisor and screenwriter, until later in the '60s. In 1971, I had just returned from my first year in London where many houses were decorated with enameled plaques saying so-and-so had slept there. I asked Gary about the enameled plaque on the building proclaiming Jack London slept here. He was vague on whether London had actually slept there, but said London House had been home to some of Hollywood's greatest talents -- John Carradine, Anthony Quinn and Vincent Buono, among others.

By the early '70s, the building was in the path of a planned crosstown Beverly Hills freeway that thankfully was never built. Gary had tried to get the Los Angeles historical agency to help protect London house by designating it as an historic landmark, but they failed to do so. I cursed their ignorance along with him. Anyone who walked up the narrow steps of London House, and saw the seafaring cabin-like bedrooms, would know this was the real thing. Some of London's greatest adventures were on the sea, for he had been a sailor for many years.

Anyway, Gary was having nightmares about the house being torn down at the time. "My nightmare used to go like this: I look out the barn door windows and I can see that the bulldozer has knocked down all the other houses on La Vista court, and now it's making a U-turn at the end and is headed at London House," Gary said with a shudder, adding that when Jerry Brown was elected governor the first time, he eliminated the planned freeway.

It was no accident that the bas relief of London looked just like the bas reliefs of him that adorn Jack London Square in the Oakland port, and those to be found at Jack London State Historic Park at his Glen Ellen home in the Valley of the Moon, north of San Francisco and close to Santa Rosa. The house was built by the sculptor Finn Frolich as his studio and as a monument to his good friend, London.

The house reeked of California bohemian history, a movement founded in the Gold Rush by Mark Twain, and continued in the 20th Century by Jack London, John Steinbeck, Upton Sinclair and many others. And I was just the fellow to follow the link from San Francisco to Los Angeles, because early in the '60s I spent a cold rainy day over Jack London's grave at Valley of the Moon, communing with him.

London House started me on a path to writing Literary L.A., which posited it was an optimistic hopeful bohemian movement which later found synthesis with post World War II apocalyptic writing -- Thomas Mann's Doctor Faustus, Nathanel West's Day of the Locust and Malcolm Lowry's Under The Volcano are examples. London was the best-selling author of his time, who profoundly affected such great American writers as Ernest Hemingway and Jack Kerouac. When Kerouac wrote On The Road, he gave full credit for its inspiration being London's The Road, written decades before.

On one of our many visits, Gary showed me a memento offering validation to the notion that London House was something very special. There in a windowpane was an inscribed memento of bohemia written by George Sterling, the California poet laureate who lived at the Bohemian Grove on the Russian River and an intimate of London. The Sterling inscription was dark and opaque and hard to read except under a powerful light. The worlds were written into a latticework of nymphs and satyrs that London's bohemian friends all seemed to cherish.

Gary said the decal had originally been sandwiched between two pieces of glass in an old sash window in the back bedroom. "The window was so rotted out, I had to replace it," he explained. "Here's what it says," he added, swinging open the top part of the large barn door on the front of London House to catch the sunlight. "The young in heart shall find their love and laughter anywhere." The words around the bottom of the decal are harder to make out. "He only in bohemia dwells who knows not he is there," he added. "Dedicated to Finn Frolich by George Sterling."

London had been dead eight years when Sterling wrote his message to Frolich. London House hadn't been built long before, and the argument has been made that if London visited, it would have to be in the small shack that Frolich built his house around. London's house was certainly an emanation of the bohemianism of Glen Ellen, where London held court to many of the hoboes, sailors, drifters, criminals, working men and hangers-on he met during his adventures. Sometimes as many as 500 a day showed up, all expecting accommodations. Frolich was one of the chief jesters at Glen Ellen and helped him build his doomed Wolf House at Glen Ellen.

But in the teens, London was coming to Los Angeles a lot -- sometimes to talk movie projects with studio moguls. His Sea Wolf was an early silent motion picture. He also may have been buying cattle from ranchers in the Silver Lake area.

I wanted to write about the house from the beginning, but when I first met him Gary was adamant that I not do so. But over the years I saw the house was becoming more down on its uppers than it should have been. The bas relief had been knocked a bit eschew, the "Jack London slept here" sign disappeared. A car knocked down another bas relief sculpture of a sailing ship, although most of the various satyrs and nymphs had survived.

To my mind, it was not a good way for London House to end. Condemned because of decay and age, I determined the place must be celebrated and this began my book Literary L.A., first published by Chronicle Books in 1981. Before that, I breathlessly told the story of London House in an article in the old and much lamented Herald Examiner.
This is the house bohemia built.

*
Lionel Rolfe is the author of Literary L.A. and a novel, The Misadventures of Ari Mendelsohn, and several other volumes, all available at Amazon's Kindle Store.