Time to face the music.

Thirty-seven London criminals could serve a combined 400 years in prison after a record store fronting as a crime haven turned out to be a police-run sting operation.

Regulars at the "Hip Hop Cop Shop," as it's been dubbed in local tabloids, sold guns, drugs, and stolen merchandise to undercover police officers during the 12 months that the store was in business. Some suspects are also accused of money laundering.

Police opened the store in North London, known as "Boombox," during March of 2008 following five local murders. On Friday, "Operation Peyzac" finally came to a close.

"Three undercover officers became experts on rap music to man the shop full-time," according to The Sun, which added that most customers simply shopped for music.

30 of the 37 arrested suspects are gang members, according to the UK's Metro. 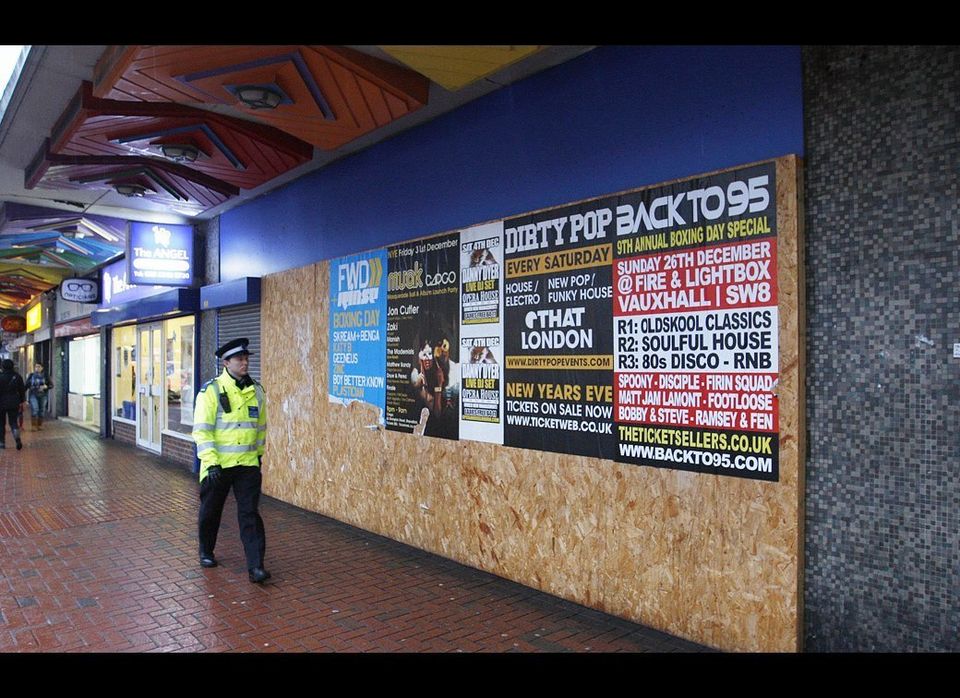 1 / 5
Operation Peyzac Photos
A General View of 93 Fore Street, Edmonton, London. This high street property was used by the police to set up a fake hiphop music store. Criminals and drug dealers were caught in an undercover sting after police officers posed as staff in a fake hip hop music shop. A total of 37 armed criminals and drug dealers, including 30 gang members, have been jailed for a total of more than 400 years following the 'sting' operation in the shop, called Boombox, in Edmonton, north London...Codenamed Operation Peyzac, the ¬£500,000 operation involved undercover officers kitting out as a fully-operating rap and hip hop music store, with a private back room which was used to carry out deals with drug and gun sellers, and the store was wired with CCTV and recording equipment.
National News / Zuma