A Sony DADC building in north London has apparently been burned down as a result of the riots. The warehouse contains the stock for more than 150 record labels.

The building was the main headquarters for PIAS, the UK's largest distributor of indie music. PIAS wrote the following statement:

There was a fire last night at the SonyDADC warehouse which services the physical distribution for PIAS in the UK and Ireland. PIAS is working closely with SonyDADC who are implementing their emergency plans. PIAS's UK offices in London and all other areas of our business are unaffected. More information will be communicated shortly to all our labels and partners.

Reactions from those in the indie music sector has been swift, and shocked.

Norman Records, who say PIAS is their largest supplier, reported the news on their Facebook.

"Dreadful news from the rioting in London last night," they wrote. "Many of the labels like 4AD, Domino, Warp, Rock Action, Matador etc will probably have had their UK stock destroyed. Obviously this will have a massive effect on the music industry (and us). Our thoughts go out to all of those who've lost their jobs and livelihoods from this. Only time will tell what the knock on effect will be..."

Musicians Alex Kapranos of Franz Ferdinand and James McMorrow tweeted about the fire.

"Thoughts go out to all the labels who have lost their stock in Pias fire," Kapranos wrote.

The riots, which began on Aug. 6 in Tottenham, have seen multiple people injured, windows smashed, and buildings burned. Prime Minister David Cameron has said that 16,000 officers will be on the streets on Tuesday night in an effort to deal with the violence.

Photos of the fire at the Sony warehouse: 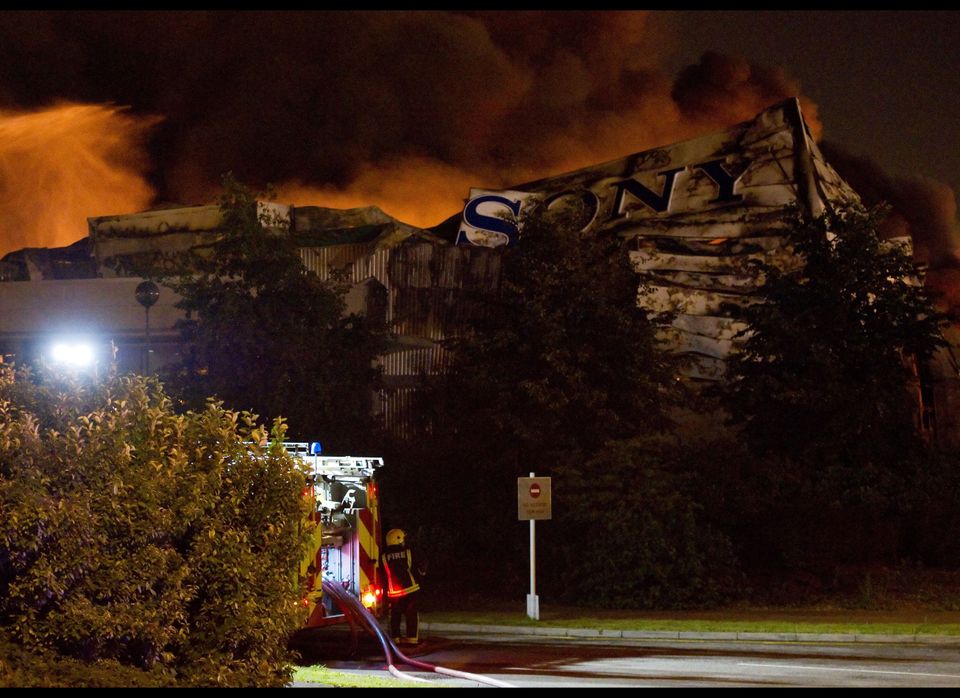 1 / 8
Firefighters battle a massive blaze at the Sony distribution centre in Waltham Abbey, north of London. Violence escalated across London and at least three other cities August 9 as police fought thousands of rioters and looters and Prime Minister David Cameron headed back to Britain to face the crisis. AFP PHOTO / LEON NEAL (Photo credit should read LEON NEAL/AFP/Getty Images)
Getty