Of all the places where I've been across 3 continents (yet!), London captures my heart like no other place ! London, England's capital, set on the River Thames has a lot to offer to one and all. But when you are visiting London for the very first time, and want to maximize your trip, I recommend this round up of top 10 things which you must visit and do ! Enjoy !

1. Big Ben and the Houses of Parliament 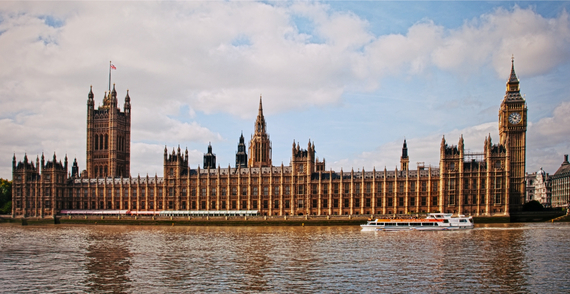 Image Credit: ThatGirl'sLifeStories
The first glimpse of this structure over awes you. On our first day, we spent quite sometime just looking at the structure - the features, the architecture and the clock. Surely, we were having that 'Yes, we are in London' moment and that feeling sunk in best when in front of this huge building. 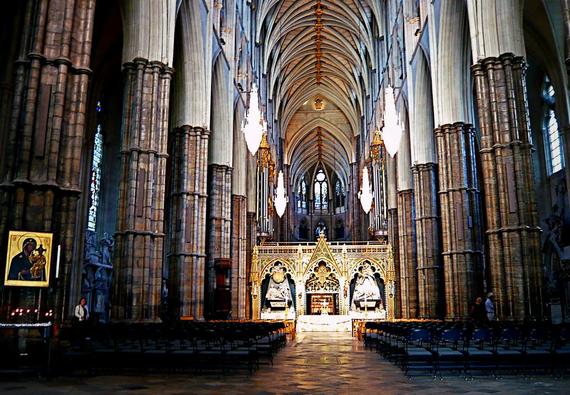 Image Credit: ThatGirl'sLifeStories
Who would want to miss the place where Prince William and Katherine Middleton got married ? We were absolutely spell bound by the interiors of this church. It is one of the most notable religious buildings in the United Kingdom and has been the traditional place of coronation and burial site for English and, later, British monarchs. 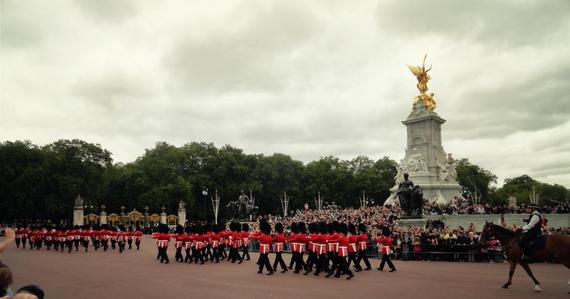 Image Credit: ThatGirl'sLifeStories
Buckingham Palace is the London residence and principal workplace of the reigning monarch of the United Kingdom. You don't want to miss the Changing of Guards ceremony. The Forecourt of Buckingham Palace is used for Changing of the Guard, a major ceremony and tourist attraction (daily from April to July; every other day in other months). 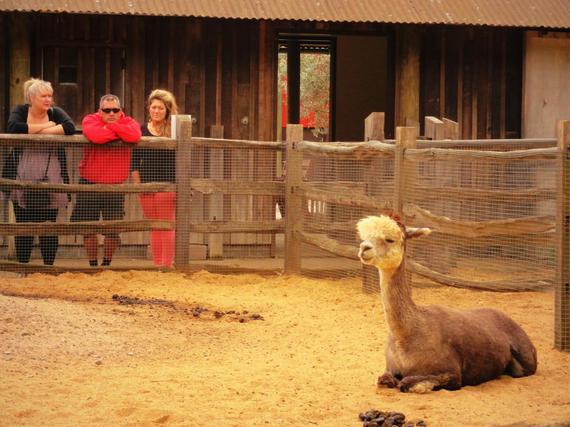 Image Credit: ThatGirl'sLifeStories
London Zoo is the world's oldest scientific zoo. It was opened in London in 1828. You will find hundreds of varieties of mammals, birds, amphibians and more. What I loved the most were the cute Llamas. You can spend hours just watching them. Also penguins - the cutest ones are there in this zoo.

5. Windsor Castle - Pose with a Guard 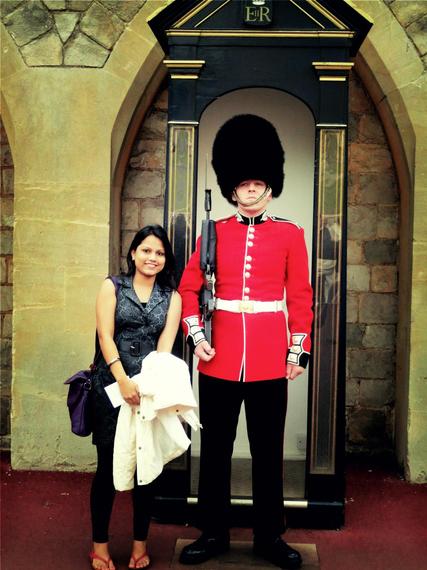 Image Credit: ThatGirl'sLifeStories
Windsor Castle is the Queen's royal residence in the English county of Berkshire. The original castle was built in the 11th century. It goes without saying that you would love to pose with the stoic guards there. But beware, don't mess with them, or this could happen with you.

6. Trafalgar Square - Climb up the Lion(s) 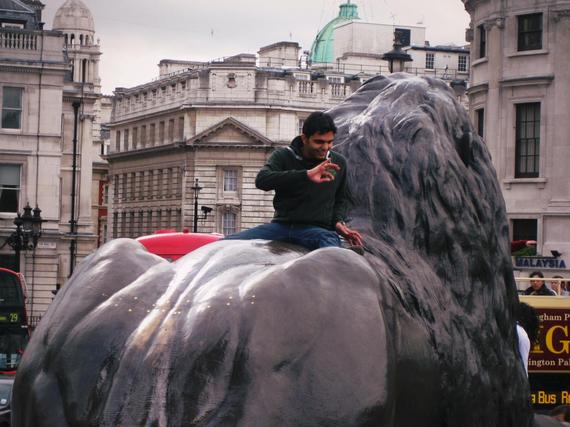 Image Credit: ThatGirl'sLifeStories
Trafalgar Square is a public square in the Central London, built around the area formerly known as Charing Cross. This place is surrounded by museums, galleries, cultural spaces and historic buildings. Nelson's Column at it's centre is guarded by four lion statues. You can climb up these lions.Because hey, where else can you sit on a lion?

7. Pose with any of the iconic telephone booths 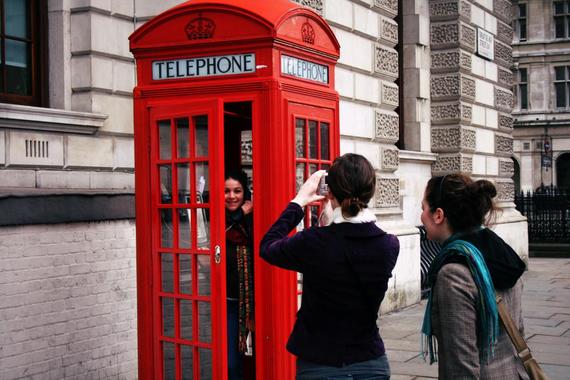 Image Credit: ThatGirl'sLifeStories
The red telephone box, a telephone kiosk for a public telephone designed by Sir Giles Gilbert Scott, was a familiar sight on the streets of London. Despite a reduction in their numbers in recent years, the traditional British red telephone kiosk can still be seen in many places throughout London. The colour red was chosen to make them easy to spot. You HAVE to click to picture here. 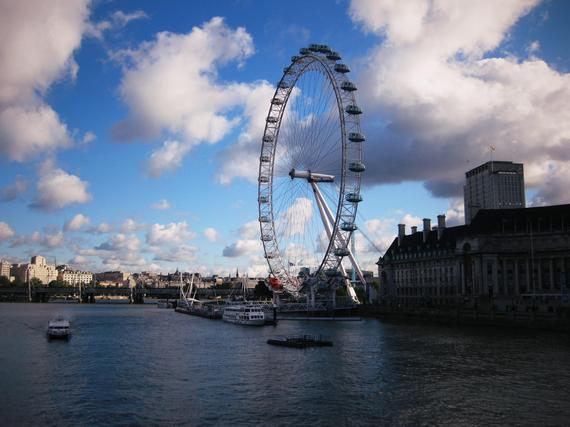 Image Credit: ThatGirl'sLifeStories
The London Eye is a giant Ferris wheel on the South Bank of the River Thames in London. When erected in 1999 it was the world's tallest Ferris wheel. The Eye has done for London what the Eiffel Tower did for Paris, which is to give it a symbol and to let people climb above the city and look back down on it. Watching both from it and at it are trip worthy.

9. Harrods - Buy something - tea bags at the very least ! 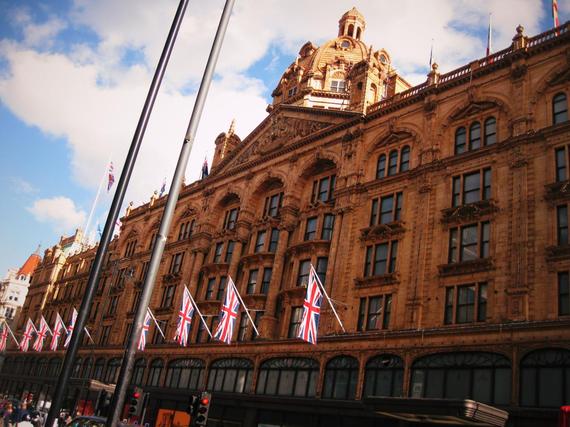 Image Credit: ThatGirl'sLifeStories
Harrods is an upmarket department store located in the Royal Borough of Kensington and Chelsea. Just say the word 'Harrods' and images of stylish luxury fill my mind, not forgetting, the famous food halls of this, the largest department store in Europe. Covering over 4.5 acres and spread across 5 floors, it is easy to get lost here! It is a symbol a luxury identity. When in London, don't miss out going on a luxury shopping spree in Harrods. If nothing else, definitely buy their tea bags!

10. Tower Bridge - See it falling down and going up again 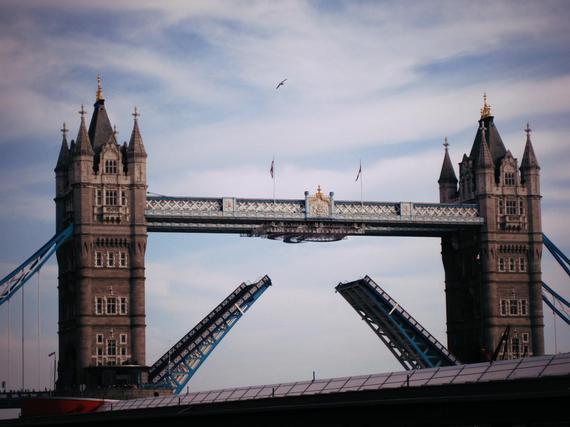 Image Credit: ThatGirl'sLifeStories
Tower Bridge (built 1886-1894) is a combined bascule and suspension bridge in London. The bridge crosses the River Thames close to the Tower of London and has become an iconic symbol of London. It is spectacular to watch the bridge opening to let the tall ships pass by and then closing again to resume vehicular traffic. We went there almost everyday.

Have you been to London? Are there any other tips you would like to add? I'd be glad to know about your experience!

Just the one who loves to travel