As car crashes go, this one was pretty convenient: Right into the wall of a repair shop.

A GMC Yukon crashed through the Lone Star Collision repair shop in Colleyville, Texas, last Wednesday after hitting a sedan.

Police believe alcohol was a factor in the collision, MyFoxDFW.com reported.

The driver of the Yukon had previous DWI convictions and was taken into custody, according to Dumb As A Blog. His name was not released.

When the SUV slammed into the sedan, it rolled over, and slid on its roof until it crashed through the outer wall of the repair shop, Jalopnik reported.

Two people in the sedan were injured in the crash and taken to a local hospital, but neither the driver of the SUV nor people inside of the building were hurt.

Still, Lone Star Collision owner Jennifer Lapier admitted being a little shaken up by the event.

"It was unbelievable. I just couldn’t believe what I saw. I’ve never seen anything like that before," she said, according to the Metro. "It is ironic that they did crash into a building that was a collision center."

It is unknown whether the repair shop will fix up the SUV. 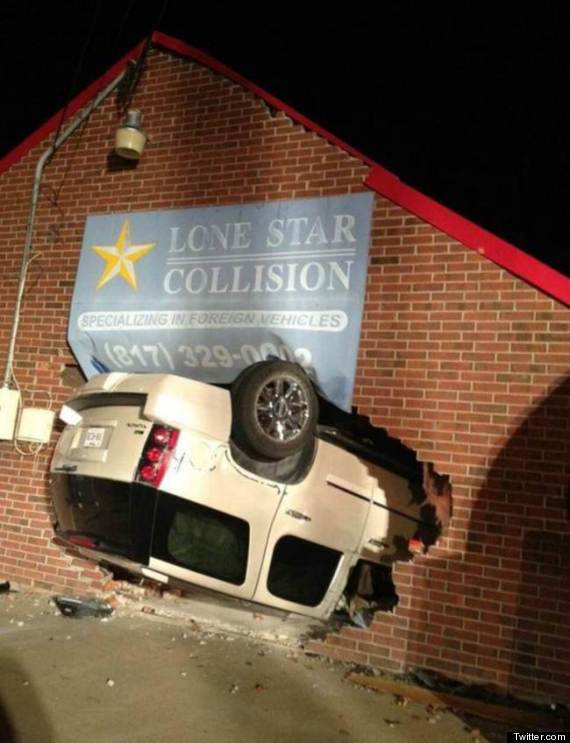