As my family and I arrived in Santa Cruz, Lonesome George's home for the last 40 years, I overheard that the icon of conservation that inspired me to start my company, which outfits Agents of Change, had passed away that same morning. My first reaction was a mixture of disbelief and confusion as I desperately addressed everyone on the streets asking if they knew anything about the news. My kids, 13 year-old Nicolas and 10 year-old Martin, saw my frustration and were frantically surfing Galapagos' feeble web connection searching for answers, while Olivia, my 5 year-old, held on to her mother asking repeatedly, "Let's go see Lonesome George, let's go see Lonesome George."

As everything around me slowed down and seemed to do a freeze frame, my good friend and caretaker of Lonesome George, Fausto Llerena, came to mind. In less than 60 seconds we were all in a pick-up taxi heading to the Galapagos National Park to see Fausto. As I arrived at the Centro de Crianzas there he was with his daughter Kathy. We looked at each other and everything came into place, suddenly without a single word spoken I knew what had happened. Fausto and I had spent too many hours talking about Lonesome George, words were unnecessary, it was as if extinction had taken them all. We hugged for a long time and then looked at each other and paid our respects.

After a long comfortable silence Fausto wisely said, "We did everything we could, but nature stubbornly wanted to teach us a lesson."

Since then world has been inundated with documentaries, articles, stories, rapports on the event. I have consciously chosen, for the time being, to pay attention to none of them. Instead I am carefully listening to nature for inspiration, listening to myself, observing my surroundings, filtering and making sense of what just happened.

Here, I share some of the observations and conclusions I've reached so far, some are mine and some belong to other people I respect:

I lived to witness extinction. It is for real. It is forever.
Humans are the only species that blush and with reason.
Change is the only constant variable in life's equation. We must learn to adapt.
Inspiration comes from opening the heart, not the mind.
Innovation is an inspired heart asking the mind to act on it.
Choose wisely. With choices come consequences.

Lonesome George was the inspiration behind my company, his messages to me was "don't let this happen again" and so I embarked on a mission to outfit Agents of Change. Every single person in this world has the power to create change in his or her community. We must all take action so that this situation doesn't happen again. 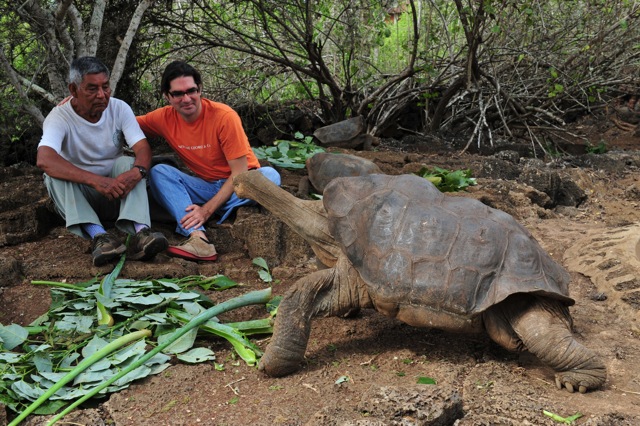