Guys who go the distance may be better at getting the girls.

After all, a new study of marathoners suggests that endurance running ability signals high reproductive potential in men.

Researchers at the University of Cambridge studied 532 runners (439 men and 103 women) participating in a half-marathon in Nottingham, England. First, the scientists timed how long it took the runners to complete the race. Then they photocopied their hands, and calculated their digit ratios -- that is, the length of the pointer finger divided by the length of the ring finger. 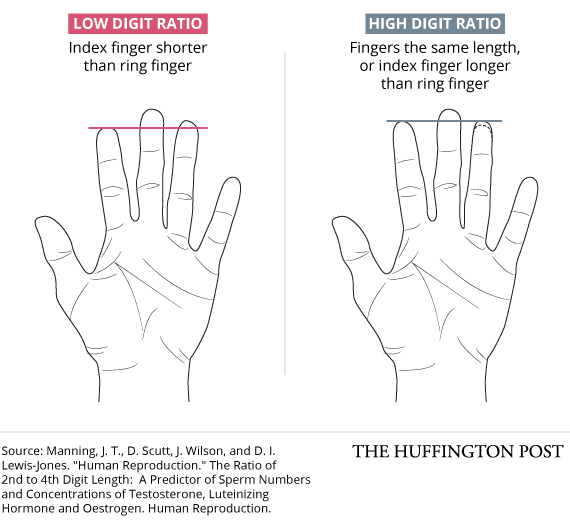 What was found? Compared to the male runners with the highest digit ratios, those with the lowest -- or "masculinized" -- digit ratios were 24 minutes and 33 seconds faster on average. Women with low digit ratios were also faster, although the effect was less pronounced.

“The observation that endurance running ability is connected to reproductive potential in men suggests that women in our hunter-gatherer past were able to observe running as a signal for a good breeding partner,” Dr. Danny Longman, an evolutionary biologist at the university and the study’s lead author, said in a written statement.

According to that theory, in prehistoric times, men who were better long distance runners would have been better "persistence hunters" -- able to pursue their prey over long distances and prolonged periods of time -- and thus more likely to bring home the bacon, so to speak. 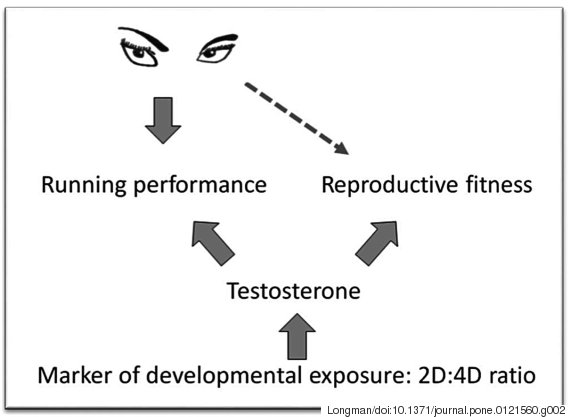 Diagram outlining a potential mechanism by which hunting success and running performance act as a signal of reproductive fitness.

Longman and his colleagues emphasize that the study does not suggest that men today can boost their ability to attract a mate simply by becoming a distance runner -- so marathon men shouldn't get bummed out if the ladies don't come flocking.

"It is acknowledged, however, that this study has not demonstrated that women are in fact differentially attracted to faster male runners," the researchers wrote in a paper describing the findings. "Of course, hunting ability and reproductive success may both be correlated with another independent variable which is itself a cause of higher reproductive success, independent of the male's hunting abilities."

The study was published online on April 8 in the journal PLOS ONE.

Why Distance Runners Are Super-Sexy, According To Science
Weird Things Running Does To Your Body 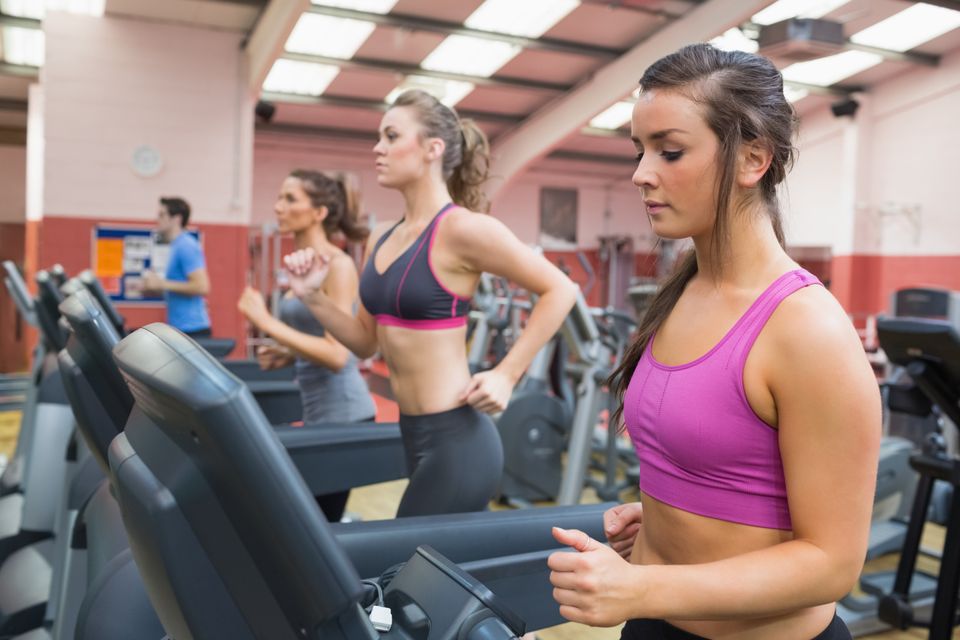