This may just be one of the most romantic stories we've ever come across.

More than 25 years ago, a young man and a young woman boarded the Queen Elizabeth 2 liner in Southhampton, UK with their families on July 28, 1987. Heather was with her grandmother and aunt to celebrate her high school graduation, and Michael and his parents were celebrating his 18th birthday, according to Cunard Lines' blog.

Heather caught Michael's eye in the QE2's club, and though they didn't quickly hit it off when he asked her to dance, by the end of the evening Michael had her full attention. As the QE2 crossed from Southhampton to New York City, the two enjoyed the rest of the trip together.

Michael and Heather stayed in touch for years after that fateful trip via letters sent between New York (where Heather worked) and the UK, but eventually lost touch. Years later, in 2009, Michael found Heather on Classmates.com. She didn't see his message until she checked her account... two years later!

The lovebirds finally connected in spite of unchecked accounts and overflowing email inboxes and began talking to each other every day. They finally saw each other again, 24.5 years after they first met at 18, in January 2012. And then, on July 28, 2012 -- 25 years after that meeting on the QE2 -- they became husband and wife!

To see photos from the Osbourne's first encounter to their wedding 25 years later, check out the slideshow below.

Do you have a long-lost love story to share with us? Email us at SayItOnHuffPost50@huffingtonpost.com. (PR pitches are not accepted at this address.) 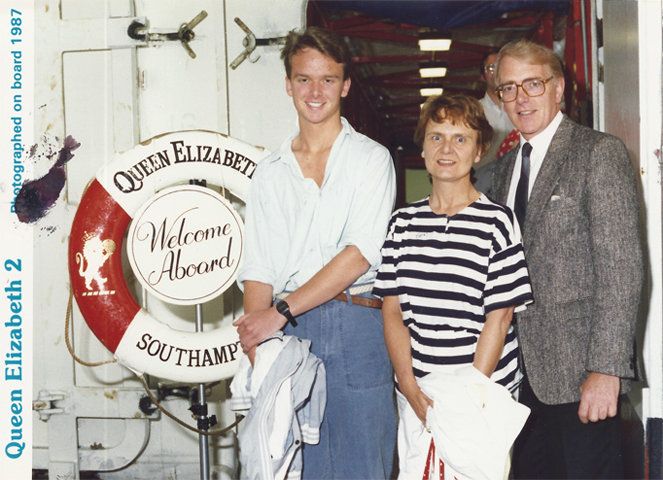