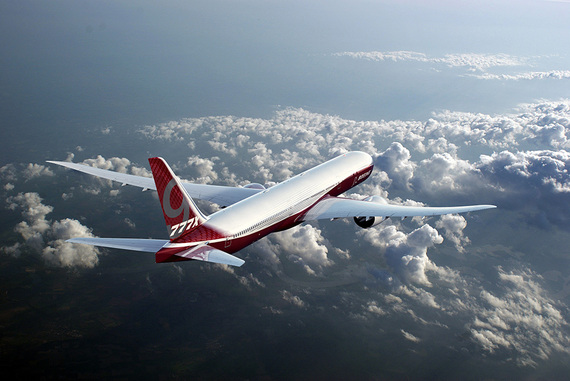 The distance you'll be able to fly nonstop, assuming you actually want to do so, may be getting longer.

Singapore Airlines once held the record for the longest nonstop flights with its Flight 21 between Newark and Singapore at 18.5 hours, first launched June 28, 2004 (the return flight, 22, took about 15 minutes less). Although popular with customers, the specially modified Airbus A340-500 proved to be uneconomical to operate, even when it was converted to an all-business class configuration (the extra fuel needed to fly the four-engine aircraft added weight, and that weight consumed too much fuel to carry).

But with more fuel efficient planes and engines, we may see more ultra-long nonstop flights.

Emirates recently announced that it will begin flying nonstop between Dubai and Panama City, Panama on a 17 hour, 35 minute schedule, on Boeing 777-200 ER (for extended range) aircraft. Service is set to start February 1, 2016.

But wait: Air India might get into the act, too. It announced it would soon operate a nonstop from either Delhi or Bengaluru to San Francisco, also using 777-200ER aircraft, on an 18-hour schedule.

And who knows, we may even see longer nonstop flights one day. Boeing is working on new models of its popular 777 series, to be called the 777-8X and 777-9X. These new configurations will have enormous wingspans (and lighter materials, such as wings and jet engine fan blades made of new composite materials) designed to improve fuel efficiency by 12 percent over current competitors. And greater fuel efficiency can translate to flying longer on a tank of fuel. Maximum ranges are said to be 9,000 nautical miles (10,357 miles) for the new planes, set to enter production in 2017.

But that all raises the question, do you really want to fly 18 or 19 or 20 hours nonstop, especially in economy class, and what two points on Earth are that far apart that people would want to travel? Most passengers do seem to prefer nonstop flights over connecting ones, but 20 hours? This should be interesting.

Are you looking forward to the new world of ultra-long nonstop flights or would you rather get off and stretch your legs? I await your comments.