Using Images of America to Start a Civil Discussion of Values

How do we have a civil discussion of American values? When men and women gather to talk about American values, how do we find our common ground, quickly and reliably? We look for it--literally. In workshops I've conducted in various parts of the United States, I invite participants to look at about 100 Images of America, and then talk about the strongest connections they feel. 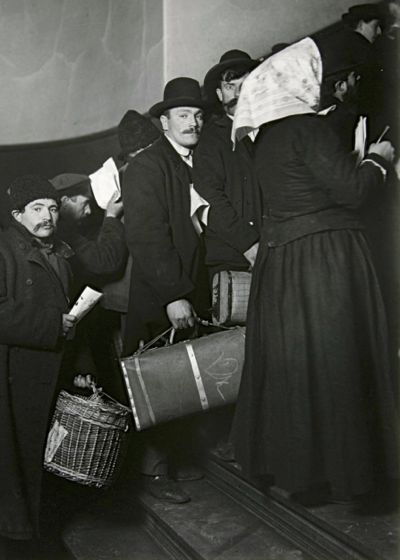 This works. People have a lot to say. And their emotional response to these images sets a group of acquaintances, friends or even strangers in a workshop on a common course of shared memories--and shared values.

The photos that spark an emotional response often surprise me. An elderly man spoke movingly about a picture of the Google logo, telling the group that Google's online service is a continuation of Americans' traditional desire to help the world. A photo of a 1950s luxury car with giant tail fins visibly moved one woman who said that it touched off proud memories of generations of autoworkers in her family.

For use in workshops, I gathered more than 100 Images of America from Wikimedia Commons. These images are diverse, including old and new pictures of architecture, memorials, movies, logos, brands, people, places, celebrations, demonstrations, sports, war, and more. Take a look. One of these photos may move you. (This free gallery of images, and instructions for the group activity, are available at www.UnitedAmericaBook.com.)

The power of these photos shouldn't surprise us. About 100 years ago, newspapers began telling readers: "A picture is worth a thousand words." That's because American photojournalism was bursting from newspapers and magazines. Photographers like Lewis Hine were crisscrossing the nation taking photos of Americans that still spark strong emotions.

One Lewis Hine image that stirs me is "Climbing into the Promised Land." It shows immigrants ascending a staircase at Ellis Island in 1908. Millions of Americans trace their lineages through this portal, as I do too. I like looking through Hine's lens with him, over a century later. Many Americans who recognize Hine's classic photos may not realize that he was a social scientist, as I am today. He studied sociology at the University of Chicago, Columbia University and New York University.

Another favorite is astronaut Buzz Aldrin and the American flag on the moon. I was a teenager when Neil Armstrong and Aldrin made footprints on the lunar surface. I was so enthralled that I read everything about the mission. The first lunar landing was an American accomplishment with significance for all of humankind. Even the Nigerian Civil War at the time came to a temporary halt, so transfixed was the world.

I also like the image of the flag on the moon because it represents one of the 10 core values Americans have in common: symbolic patriotism. This form of patriotism is the emotional attachment to country evoked by the flag, the national anthem, and other national symbols. Many of these symbols are in the gallery of 100 Images of America.

The surprising conclusion of my research into American values is that Americans do, indeed, widely share 10 core values. There is common ground for us to talk about and start a civil dialogue about values. Sometimes, however, when I talk about our core values and invite men and women to gather and discuss them, they feel anxious.

What do you see?