Amidst this charged atmosphere, others hope for less controversial games. Egypt recently banned its athletes from displaying the Rabaa, a four-fingered hand gesture favored by supporters of the Muslim Brotherhood -- a group the Egyptian army ousted from power this past summer.

The ban is clearly designed so that none of the nation's competitors embarrass the ruling regime on the international stage by brandishing their opponent's emblem.

The Rabaa joins two other gestures that have graced the modern Olympics -- and shaped the course of global events in the twentieth century. 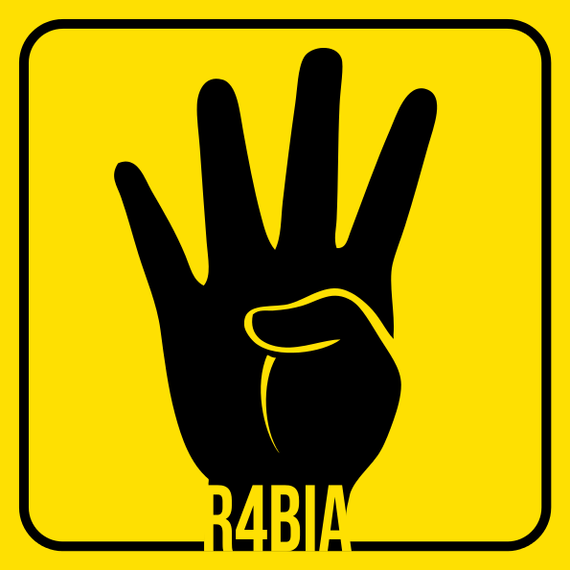 In 1936, the Olympics headed to Berlin, only three years after Adolf Hitler's accession to power. For Nazi Germany, the games were an opportunity to showcase National Socialism and its racial politics on a world stage.

But instead of convincing the world of the benefits of their new regime, the Nazis displayed the horrors of fascism. Western observers saw German crowds in the stadiums displaying fascist-salutes -- the arm and hand raised -- in terrifying unison.

When African-American runner Jesse Owens earned four gold medals that year, the most of any athlete, he debunked social Darwinism in the eyes of history. Owens went to the podium to receive one of his medals and faced Hitler sitting on a dais. Contemporary accounts noted Hitler giving the track star a half-hearted fascist-salute, a sharp contrast with the Nazi leader's normally enthusiastic gesticulations to medal winners.

(Interestingly enough, there is an official Olympic salute, which looks very similar to the fascist salute, and it was often difficult to tell which was which at the 1936 games. Because of the confusion, the Olympic salute has now fallen out of fashion.) 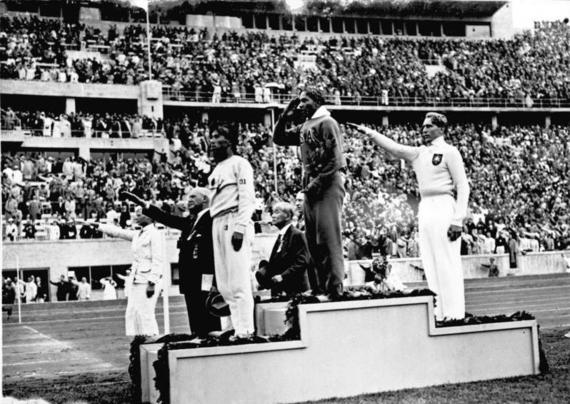 Thirty-two years later, Owens returned to the Olympics for the 1968 games as an adviser to the American team. It was the height of the civil rights movement, and many African-American athletes advocated boycotting the games to protest discrimination. Owens helped convince them to take the field.

Two runners, Tommie Smith and John Carlos, decided to show their support for the civil rights movement. After winning gold and bronze in the 200-meter sprint, both men donned black gloves and raised one hand in the "black power" gesture while standing at the podium after receiving their medals. The now iconic photograph of the two has come to represent the struggle for racial equality in America. 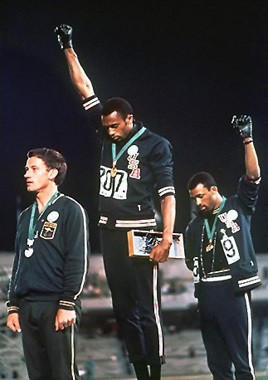 Because the games are a visual spectacle, gestures carry enormous potential at the Olympics. Gestures transmit well by image, from the television to the photograph. And they are uniquely suited to this international event because gestures cross language and cultural barriers -- even if you did not understand German or English, you understood the meaning of the fascist salute in 1936 and the black power sign in 1968.

In 2014, watch to see if the Rabaa joins the list of gestures that made Olympic history.