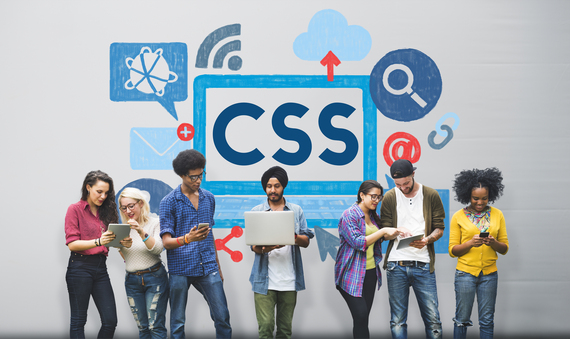 The internet was coined in 1969, but it wasn't until 1990s that it came into the mainstream picture. The world experienced a new wave of innovation and advancement in the mainly the communication sector that further aided the growth of supplementary mediums.

This time was the initial stages of the boom in the technology sector, which later allowed us to experience faster and lighter computer systems at our homes that can store more and more importantly the smart devices which revolutionized the way people do their chores. Today, for everything that we do, we have a mobile app for it, and the craze doesn't seem to fade any sooner.

But the process of this development has been long. Design has been an imperative part of this process, but hasn't been purely a core until technology has itself proved itself on the efficacy. Let's talk about WordPress as an example. All of us have seen plugins but don't fit to the design beauty standards until the time when they are updated to become not only more functional but beautiful. Let's explore the connection of design and its dependent technologies first, before getting into the future website designing.

Right now, some of the dominating trends in the web designing are:

These web design trends are all in response to the technologies we use to interact with, such as the laptops, desktops and smart devices. All of which use glass displays that mimic physical documents in a digital manner and which, on a fundamental level, have not significantly changed for decades.
So, what will happen if the computing we know today, change its face? Or perhaps we might even ditch the interfaces that uses glass screens altogether? Well, we might be near to find out, as per computer geeks and technology enthusiasts, we are about to enter the age of context.

According to a book written by Robert Scoble and Shel Israel; The Age of Context. As per the book there are five converging forces that promises to change the aspects of our lives, virtually. These forces are mobile to start of with followed by social media, data sensors, along with location based sensors.

What is already here?

When it comes to website and graphic designing, there is already a contextual computing example that has been put to work. A new website design service known as the Grid, offer users websites build by using artificial intelligence and that these web design tends to alter every time something new is added to them.

What I personally believe that with this technology, a website design will be equipped to transform itself according to every users' type. Websites can reflect a high conversion rate for one type of people which is due to a change that was favorable for this group of people, however things can be other way around for another group of people.

Leap into the future

Negroponte, a Greek American architect. He is the founder and Chairman Emeritus of Massachusetts Institute of Technology's Media Lab, and founded the One Laptop per Child Association predicted that from 20-30 years from today, we might be interacting with information in a completely different way than how we do today. for examples, instead of networking computers we may be working with networking humans, or at least there lies a possibility. There are other contributing factors that could greatly influence this kind of development say the buying power to name one of them.

Having predicted about the other factors, Negroponte also said that websites will be there, up and strong after 20 years from now, and just may be with an altogether different way of interacting with us and the design itself must have went to a whole new level. Consider going back just 5 years from today and imagining using websites from smart phone, the idea looked unattainable but thanks to the smart phone technology, today people are browsing through smart phones and that too heavily.

As conscious computing or contextual computing will rise in future, it will drastically change the way we interact with data/content. Website designing must change and evolve, because in future what we are expecting is more artificial intelligence instilled into common human interactions. You never know an online visitor can be able to enter a website virtually and take a walk through via wearable devices like that of a shopping mall, and with the growing ecommerce trend globally, this very well sounds like a reality. If the current direction of website development is to adapt into an application platform, then 20 years from today, it will require website design agencies to take few steps ahead of it. After all we are going not only to be plopped down with the knowledge and experience we have today, but as human beings we will keep adjusting and evolving as it happens.