Many city dwellers spend the majority of their days face-deep in screens. From the moment we wake up and swipe our iPhone alarms into silence to our last waking moments spent closing Netflix, we are constantly, maddeningly plugged in.

Even those rare moments spent in transit ― when the towering city we’re paying so much to live in offers up all its best sight-seeing and people-watching ― we crave more screens, please.

New York-based artist and designer Ekene Ijeoma takes on the contemporary epidemic of screen addiction through a rather unlikely medium ― an app. More specifically, a participatory public art app that encourages its users to stop scrolling, swiping and sharing and engage in the bustling city around them. It’s fittingly titled Look Up.

Ijeoma first got the idea for the project while people-watching in New York, digesting the strange state of the city he saw. “I started seeing more and more people looking down and texting while walking,” he said. “Not being able to see people’s eyes and faces in public felt like it was taking away from the energy of the city, like a smartphone zombie apocalypse.”

Rather than going the way of the Amish and condemning digital devices entirely, Ijeoma opted to use our app addiction against itself. The goal is to alert New Yorkers when they’re approaching an intersection, thus giving a gentle push to engage with the diverse urban ecosystem surrounding them, if only for the time it takes to cross the street.

The app, which runs in the background of your smartphone, uses GPS to alert users to crosswalks. When intersections are near, the app will flash two colorful consecutive circles resembling abstract eyeballs on your screen. The shapes brighten and buzz according to what Ijeoma calls “the energy of the streets,” while the eyeballs’ colors are generated randomly from an algorithmic palette.

“Every person who comes to NYC brings their own energy and when there’s a crash, some of it is lost and forgotten,” he said. “I thought to use crash data in a poetic way to remind people why our streets need their energy.”

So the artist created an “energy score” for each intersection, based on the crashes and fatalities that had occurred there. The more crashes, the higher the score, the more adamantly your phone will insist you carpe diem. Ijeoma stressed, however, that the project is about reviving the spirit of the city more than protecting pedestrians from injuries, though that’s surely an added perk. “The score is about energy and awareness, not danger and safety,” he expressed.

Ijeoma hopes his art-tech hybrid will lay the foundation for a more heavenly future, in which human beings can handle their phones like disciplined adults instead of rabid maniacs. “In a utopian world there would be more social etiquette around how and when we use phones,” he said. “In a utopian world we start questioning: how technology separates us, how public spaces can bring us back together, and how cities should service us more as citizens, not consumers.”

The app, created with the help of Google Creative Lab, is currently only available on Android phones, though Ijeoma plans to expand it to iPhones come August. Even if you don’t have Look Up, you can still reap the same benefits of using the app by, well, looking up.

What a time to be alive! 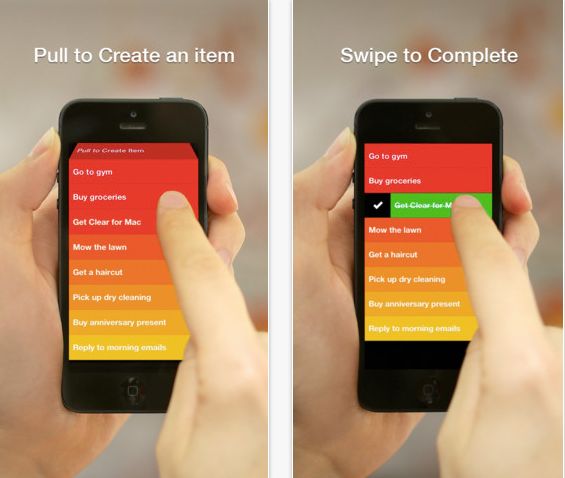