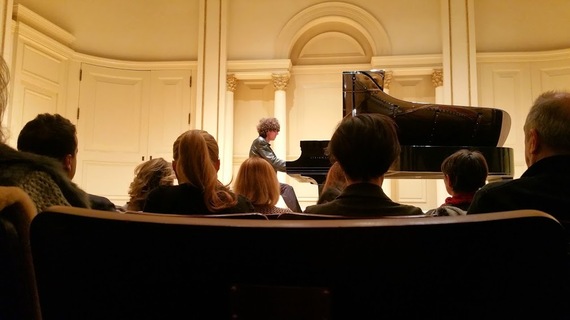 #JulianGargiulo at the Carnegie Recital Hall (Weill Hall) last January 11, 2015 during the final round of the "Getting to Carnegie" Violin Competition

In the spirit of "Lunch with the Financial Times", I decided to sit down for a meal with Steinway Artist and generally unconventional #pianist, Julian Gargiulo. He was telling me how during a recent concert he introduced a Beethoven Sonata by asking the audience, "Do we have any Republicans in the hall?" (cheering) "Democrats?" (louder cheering) "Well, unfortunately Beethoven was an Independent." It is hard not to think about politics in a time when it seems every other day there is a man-made tragedy unfolding, a suicide bomber, a hostage situation, a drone attack gone wrong. And without taking sides, in the words of comedian John Oliver, the only thing that can be for sure said about these individuals, involves a bunch of unprintable words. 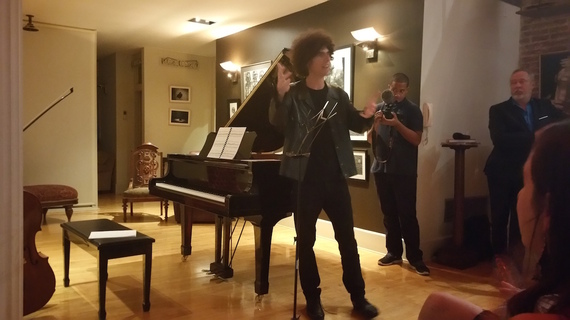 Julian in a lighter moment during concert break 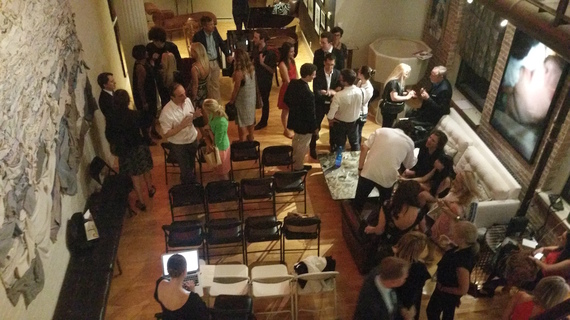 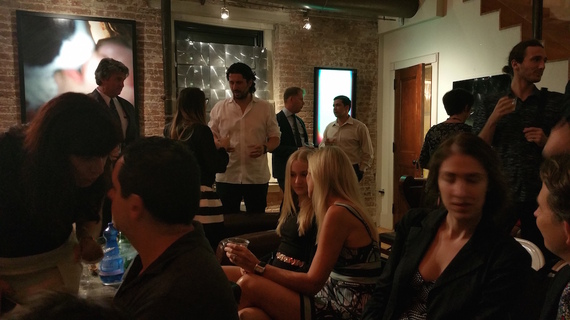 DD: So what is music's place in all of this?

JG: I was in #Paris during the recent attacks, fortunately at home with my family, watching in horror as events unfolded on TV. After several days of uninterrupted news coverage, I couldn't stop thinking how that very reporting had unwillingly helped achieve the main objective of the attackers, a huge media coup.

DD: Clever. Not cover it and they lose their prime motivating factor, spreading fear.

JG: Fear works in all the wrong ways. Makes people uneasy. Gives governments the authority to limit freedom. No real upside to fear at all. The second thing that happened after the Paris attacks was a surge in nationalism. French flags everywhere. On the streets. In the windows. Facebook even created an app for it. Thousands of users overlaid a flag on top of their profile pics. This just creates a stronger sense of "us" versus "them" which seems to be at the heart of the problem in the first place.

JG Well, for starters, it doesn't have a flag. It doesn't have a nation. It is for everyone. It speaks all languages. No translation required. And don't get me wrong, my wife is studying to be a simultaneous translator. Music would put her right out of a job. 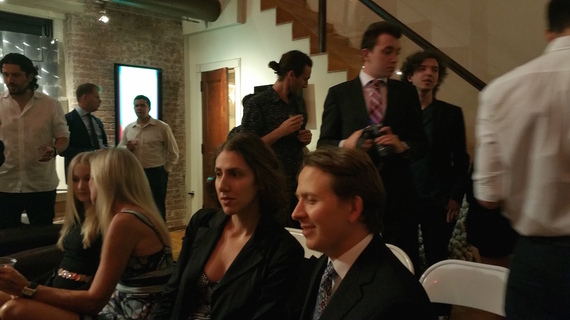 During a short break in the concert 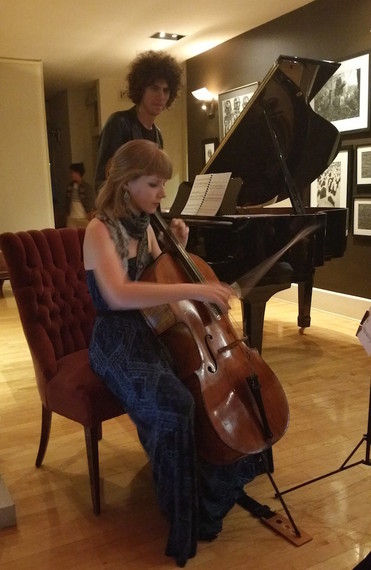 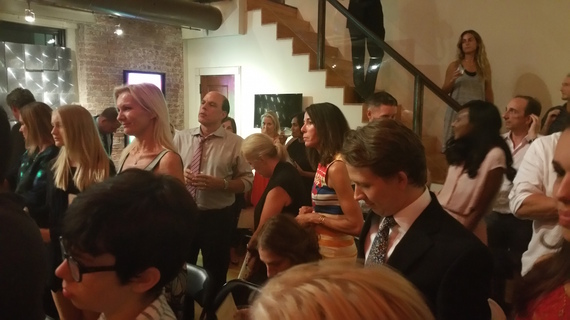 His Belgian waffles and my BLT arrive together. He is visibly the more excited of the two of us.

JG: If I could, I would have breakfast three times a day. I often do.

I give him a chance to make some headway into the waffles. I lean back and watch as he organizes each individual bite, with the right amount of butter, syrup, and bit of fruit on top, before downing it. I can imagine him taking the same care in a musical phrase or technical passage at the piano. A true virtuoso even with the fork, he's making me rethink my order.

DD: Tell us about your Cello Competition, Getting to Carnegie.

JG: Every artist's dream is "Getting to Carnegie." I decided to make that idea the basis for this competition. The main difference between this and other classical competitions, is that here the audience decides the winner. At the end of the day, it will come down to who is best able to connect with the crowd. Break down the wall between stage and hall. Transmit the clearest, most powerful message. Last year's winner was decided by only four votes. Which means that literally two people could have changed the entire outcome! 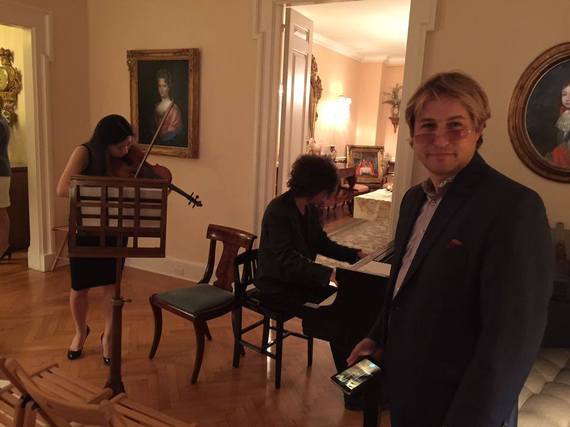 With Julian and violin player

DD: And this year's selection?

JG: After an overwhelming number of applications, we are down to the final four, from some of the top music schools in the world and appropriately, from four very different backgrounds. A Hungarian, a Cuban/Ukrainian, a South African, and a South Korean. But on the night of Jan 17, 2016, they will all be speaking the same language from the stage of Carnegie Hall! One more exciting thing this year is the filming of a documentary based on the competition, which is in part the result of a conversation with PBS.

DD: It seems like a lot to put together.

JG: I am incredibly lucky to have so much help. As I am now learning, making a movie requires a lot of money. Fortunately we have some incredible support from very different sources. Susan and Charles Avery Fisher (of Lincoln Center's Avery Fisher Hall fame) and John Wood (Founder of Room to Read, 400K Twitter followers) have just joined our Advisory Board. Peabody Conservatory of the Johns Hopkins University (my Alma Mater) is in. Celebrity sommelier Kevin Zraly (bestselling wine guide ever, with over 4 million copies sold) is in. Fundraising for this project is exciting in itself as it brings so many interesting people together. I'm loving the process. 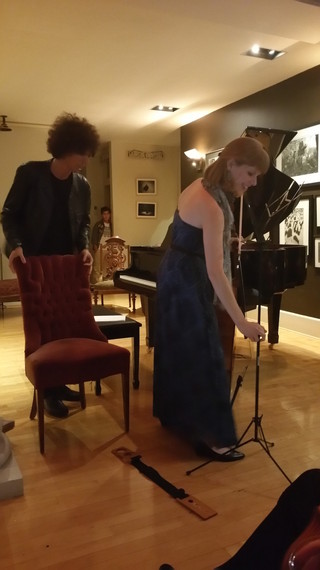 We are flirting with our third cups of coffee. Perhaps it's the caffeine or just the tremendous amount of music in his head but I get the sudden impression his mind is elsewhere. Refocusing him, I tease.

DD: So, who do you think is going to win? Any early favorites?

JG: I'm relieved by the fact that I don't have to make that decision. After countless choices made, finally the most important one is out of my hands.

He is smiling and I don't think it's only because I'm picking up the check. His last comment makes me think how true this is of life in general. The really important things are never decided by us.