SPECIAL FROM Next Avenue
By Keith Harris

In 2016, the first crop of boomers will turn 70  — another significant milestone in the shared journey of this  generation. This offers a good excuse to look back on the accomplishments of 10 influential boomers born in 1946 and a chance to mourn five others who died too young.

Cher always has changed with the times while remaining her brassy, husky, leggy, heavily tattooed self. In the ’60s, she harmonized with her husband Sonny Bono on the hippie love classic I Got You Babe. In the ’70s, she became a sharp-tongued TV variety-show star. In the ’80s, films like Mask and Moonstruck made her a respected actress. Her latest role? Social media diva: @cher is a hilarious, outspoken Twitter account that’s chock-full of capital letters and emoticons.

Bill Clinton was the first U.S. president born during the baby boom (George Bush, also turning 70 this year, was the next), and his election in 1992 represented a coming-of-age for his generation. But Clinton’s political career also resurrected many of the social and cultural issues the ’60s that have been left unresolved, raising questions about the Vietnam War, drug use and feminism. Clinton was only 54 when he left the presidency and he’s been active in the nonprofit field since his retirement, forming the William J. Clinton Foundation, which has tackled issues like AIDS and global warming.

After Keaton’s portrayal of Michael Corleone’s wife Kay Adams in The Godfather films made her a star, she took on a number of challenging roles throughout the ’70s that reflected the new challenges women faced as a result of the sexual revolution. She won a Best Actress Oscar as the title character in Woody Allen’s Annie Hall, playing a woman whose eccentric independent streak and taste in men’s vests and hats was modeled on Keaton’s. While Keaton has acted steadily in the decades since, she’s also branched out, working as a memoirist, a photographer and even a real estate developer.

Sajak was working as a weatherman in Los Angeles when Merv Griffin selected him, over heated objections from NBC chief Fred Silverman, to replace Chuck Woolery as the host of Wheel of Fortune in 1981. Merv knew what he was doing: With co-host Vanna White alongside him, Sajak almost instantly made the show — which he still hosts — an American TV institution. An outspoken conservative, Sajak has also become a political blogger in recent years.

Smith defined the artier side of New York punk in the ’70s, chanting Beat-inspired poetic lyrics over stripped down three-chord rock. And the androgynous look she sported on the cover of her 1975 classic Horses made her a style pioneer as well. In the ’80s, she largely retired from music, raising a family in Detroit with her husband, Fred “Sonic” Smith, the former guitarist for political rockers, the MC5. Though Smith began recording and performing regularly again in the late ’90s, her most notable work is now as a memoirist. Just Kids, about her life in ’70s New York with photographer Robert Mapplethorpe, won the National Book Award in 2010, and Smith published a second reminiscence, M Train, last year.

Somers rose to fame in the ’70s as lovably ditzy blonde Chrissy Snow on Three’s Company. After leaving the show, her stardom appeared short-lived: By the ’90s, she was best known as an infomercial spokesperson for a piece of exercise equipment called the Thighmaster. She returned to non-infomercial TV as Carol Foster on the family sitcom Step by Step. In the years since, she’s begun a second career as a sometimes controversial self-help author, writing and speaking in support of a women’s health regimen known as “bioidentical hormone replacement therapy” as well as naturopathic alternatives to conventional cancer treatment.

No American filmmaker has grappled with the legacy of the 1960s as furiously as Oliver Stone. The director dug into the myth and history of the Vietnam War with Platoon and Born on the Fourth of July and traced America’s shifting political landscape in JFK, Nixon and W.  He’s also criticized the financial industry in Wall Street and lampooned media sensationalism with Natural Born Killers. In 2016, Stone will return to the political arena with Snowden, which features Joseph Gordon-Levitt as Edward Snowden, the computer expert who divulged the existence of classified U.S. surveillance programs in 2013.

Steven Spielberg is so clearly the most successful American filmmaker of the past 40 years it feels silly to even say that. He helped inaugurate the era of Hollywood blockbusters in the ’70s with Jaws, expanded the emotional and imaginative range of those blockbusters in the ’80s with films like E.T. the Extra-Terrestrial, and proved that he could also make serious films in the ’90s with Schindler’s List and Saving Private Ryan. In the years since, he’s continued to make movies that show that entertainment can be art, and vice versa.

Sly will always be remembered for two iconic characterizations: Rocky Balboa, the underdog Philadelphia boxer, and John Rambo, the battle-scarred Vietnam vet turned instrument of vengeance. But in addition to those roles, Stallone established the archetype of the modern action hero: a muscly, wisecracking creator of huge explosions. These days, he seems to determined to prove that you’re never too old to blow up bad guys, andThe Expendables series strongly supports his position.

Vereen was in many ways an old-fashioned song-and-dance man, but he helped revolutionize the Broadway musical in the ’70s, originating the role of Judas inJesus Christ Superstar in 1972, then winning a Tony the following year for his performance in Pippin. He became an even bigger star after his portrayal of “Chicken” George Moore on the 1977 TV adaptation of Alex Haley’s Roots. His career is still going strong: In the past decade, he took on a recurring role on How I Met Your Mother and returned to Broadway as the Wizard of Oz in Wicked.

With his four-octave range and theatrical stage presence, Freddie Mercury brought a thrilling virtuosity and camp sensibility to ’70s arena rock as the frontman of Queen that was both inimitable and infectious. Sure, none of us can sing anything like him, but we can’t help but try and mimic all the parts toBohemian Rhapsody, and we can’t celebrate a victory without a sentimental round of We Are the Champions. He was the first major rock star to die from an AIDS-related illness, just one day after he publicly acknowledged his diagnosis.

As an original cast member of Saturday Night Live, the frizzy-haired comic created some of the show’s best-loved characters, including loudmouthed advice columnist Roseanne Roseannadanna, malaprop-prone Emily Litella and a satirical take on Barbara Walters known as “Baba Wawa.” She left the show in 1980, and her post-SNL career was all too short: After nearly a year of multiple misdiagnoses, doctors determined that she had ovarian cancer in 1986, and Radner died in 1989.

Hines was the most famous tap dancer of his generation, a link between old pros like Sammy Davis Jr. and younger revivalists like Savion Glover. He began dancing professionally as a child, and later had some success on Broadway. But his suave air and soulful eyes were made for the screen: He broke into film with roles in The Cotton Club and White Nights, and even landed his own (albeit short-lived) TV show before taking a recurring role on Will and Grace.

In 1974, union activist Karen Silkwood, an employee at an Oklahoma nuclear plant did tests and discovered a highly dangerous level of plutonium contamination there. She claimed the contamination was due to the negligence of her employer, Kerr-McGee. While driving to meet a journalist and a national union representative to discuss her allegations, she died in a suspicious car crash. The events made Silkwood perhaps the most famous whistleblower in U.S. history, with Meryl Streep going on to play her in the 1983 film Silkwood.

The groundbreaking Italian designer who founded the international house that bore his name in 1978, dressed and befriended countless celebrities and was instrumental in making fashion a part of popular culture. His 1991 fall show established “the supermodel” as a major cultural phenomenon and Versace not only designed for pop stars like Elton John but also was among the first in the fashion industry to take an interest in hip-hop. He was shot dead at the age of 50 by Andrew Cunanan, a spree killer who committed suicide eight days later.

How mindfulness can help you lose weight

How to talk to your grown kids about mortality

9 ways retirement is changing in 2016 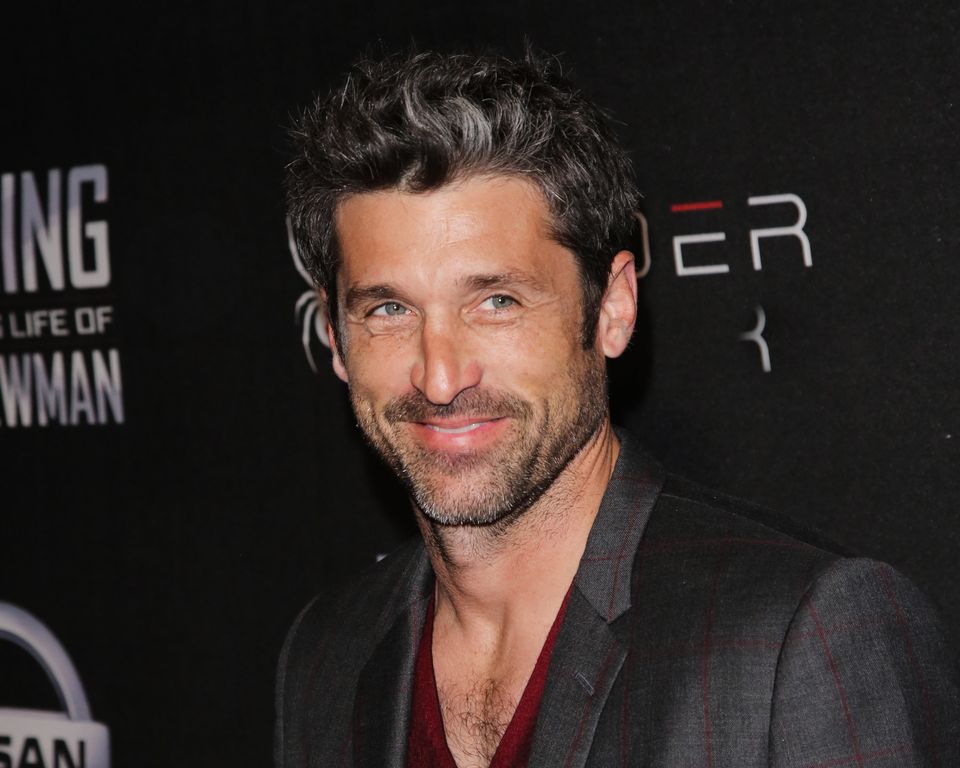