I have built my career on the belief that all students can benefit from learning how to start and maintain a small business, reverberating on a grand scale by helping to grow our economy and encouraging at-risk towards economic success. Of course, I am not alone in this effort, as one can see in organizations like YE and Empact, among many others. What has unified us is the practical approach to teaching entrepreneurship; but without understanding the theoretical underpinnings of this movement, we lose some of its significance. Recently I talked with one of America's top entrepreneurial education advocates and thinkers, Peter Klein, a well-known professor of Austrian economics. 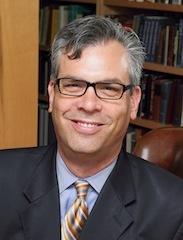 Peter Klein, a leading theoretical economist with an expertise in entrepreneurship.

I first met Peter at the Mises Institute. He is a professor at the University of Missouri and Research Fellow at the Mises Institute, where he focuses on entrepreneurship, organization, and business strategy. Peter also co-founded the management blog Organizations and Markets and travels around the world to speak about economics.

Steve Mariotti: So, can you tell our readers why entrepreneurship is so important, particularly from your academic standpoint?
Peter Klein: The terms "entrepreneur" and "entrepreneurship" are used in many different ways, and not always consistently. Typically people mean a specific kind of business, like a startup company, a small company, or a high-growth company. But we also use the word "entrepreneurial" to describe a particular kind of thinking--being creative, showing initiative, being alert to opportunities, exercising responsibility.

Following the American economist Frank Knight and the Austrian Ludwig von Mises, I think that the entrepreneur peers into the uncertain future, trying to anticipate what goods and services consumers will want, and trying to meet those demands by investing in the present. As such, judgment is deciding and controlling, the responsibility held by all business owners, as they try to make a profit by creating economic value. Entrepreneurial judgment is essential to a market economy--it's what creates and sustains firms, introduces and develops new technologies, brings untold benefits to ordinary people, and underlies all the creative genius of a market economy. Startups require judgment, of course, but judgment is about more than just startups or high-tech companies. 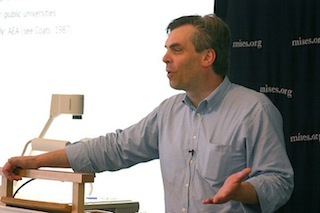 SM: What, in your opinion, can a government do to promote entrepreneurship?
PK: Government officials talk about giving us more and better entrepreneurship, but what they usually do is pick particular firms, industries, or technologies they like, and give those firms subsidies and other benefits. There is of course nothing inherently wrong with having more of these kinds of firms, but the market should decide which firms, and which types of firms, succeed and fail. What entrepreneurs need is secure property rights, the rule of law, and sound money. The best government can do for entrepreneurs is get out of their way.

SM: Are there particular government policies that are hurting entrepreneurship?
PK: Our current monetary regime, with hyperactive central banks that create booms and busts, creates a terrible climate for entrepreneurs. Artificially low interest rates distort market incentives, leading to what Mises and Hayek called "malinvestment." Taxes and regulations make it harder to start and to run companies, favor some companies at the expense of others, and hamper bargaining between firms, financiers, employees, and customers. Think of the uncertainty caused by the Affordable Care Act or the heavy reporting burdens imposed by Dodd-Frank. Mises once wrote that in an economy such as ours where the state plays a huge role in all aspects of business, entrepreneurship degenerates into "bribery and diplomacy." Instead of focusing on creating value for customers, entrepreneurs spend their time lobbying for favors or to avoid penalties, trying to discern the government's next move, anticipating or adapting to the newest regulations. 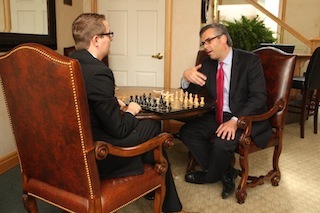 SM: Have you experienced any obstacles in your career related to these challenges?
PK: Business entrepreneurship is the kind that drives the market economy but, in a sense, we are all entrepreneurs--life is uncertain, and we are always investing our time, energy, and reputation in search of one outcome or another. I've been entrepreneurial in that my perspective on entrepreneurship is not the "mainstream" one, in economics or management, and that my work blends insights from Oliver Williamson's transaction cost economics, the "Austrian" school of Mises, F. A. Hayek, Murray Rothbard, and Israel Kirzner, and other scholars. It's sometimes been a tough sell--despite the popular image of the university as an open, tolerant, and innovative place, academia is actually very conservative, and ideas that don't fit within the dominant paradigm--as Thomas Kuhn famously explained--are often marginalized.

SM: Who have been the major intellectual influences in your career?
PK: Professor Williamson, my PhD thesis advisor, has been a major influence. His own work is an idiosyncratic blend of insights from different traditions, and he is a super thoughtful, creative, and careful scholar. Murray Rothbard, the brilliant polymath who built on Mises's economics and largely founded the modern libertarian movement, had a huge impact on me, professionally and personally. Rothbard had this amazing energy, and more charisma in his pinky than most economists have in their whole bodies. I've never met anyone quite like him. I'm also quite fond of Hayek, whom I didn't know personally, but whose works I came to know very well as an editor of his Collected Works early in my career. 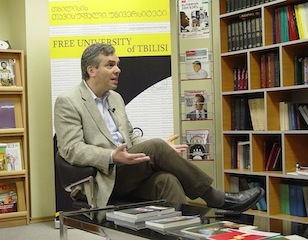 SM: You teach entrepreneurship courses. Can entrepreneurship really be taught?
PK: We can teach practical skills related to starting and operating a business--accounting, marketing, finance, and so on. We can study the great entrepreneurs of the past and try to generalize from their experiences. We can explain to students--whether they go into business or not--the role that entrepreneurship plays in a market economy and what kinds of public policies harm or help entrepreneurship. But entrepreneurial judgment is, ultimately, not something we can teach. Judgment involves intuition, or understanding, or gut feeling; if we could break it down into simple rules or mathematical formulas, then it wouldn't be judgment, it would just be rational decision-making, and everyone would do it the same way and make the same decisions.

SM: What tips you would give a young entrepreneur just starting a business?
PK: First, remember that entrepreneurship is hard! Exercising judgment means taking chances, experimenting, and learning from your mistakes. Second, go with your instincts, and don't listen to "experts" who tell you this idea or that won't work. Third, entrepreneurship takes not only great ideas, but also resources, including risk capital, so treat your input providers--especially funders- with respect. Fourth, don't feel like a failure if you don't achieve commercial success right away. Be persistent, pay attention, and learn.

SM: What should low-income countries and communities do to increase the rate of successful entrepreneurship?
PK: Same as wealthier countries and communities--don't constrain entrepreneurs with bad policies, but don't try to subsidize them either. Let the market sort it out. Of course, startups and self-employment are important for economic growth, but they aren't necessarily superior to large enterprise and other forms of commercial activity. 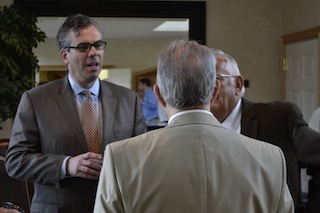 SM: There are globally over 300 million young people that are unemployed. Do you think entrepreneurship can help create the jobs of the future?
PK: Absolutely! Entrepreneurship--in the broad sense of responsible stewardship over productive resources--is what makes a market economy tick. A healthy, entrepreneurial economy is the best solution to unemployment, and the remedy for broader social problems as well.