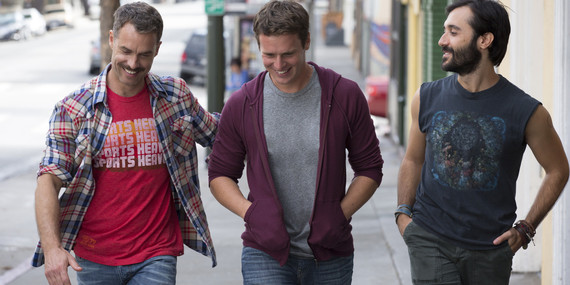 Last week, HBO announced that its gay drama Looking would not be renewed for a third season, ending the brief run of this show about three gay friends in San Francisco. I have to confess, the announcement made me a bit sad. Yes, I'm a fan of Looking. But, apparently, I'm a rare breed. The show's ratings had dropped considerably. And when the news broke, my Facebook feed was filled with comments that amounted to "good riddance."

I get it. The show was FAR from perfect. The dialogue was sometimes trite. Its central character, Patrick, was often annoying, his choices bizarre. It presented a narrow view of San Francisco, and focused on a small group of very white, very privileged gay men. All of these critiques are valid. And probably account for the low ratings of this second season.

But the nature of the commentary surrounding the end of this little drama I found quite perturbing. On my newsfeed, in my office, on Twitter, the internet all over, seemed to both deride the show and relish in its demise. Indeed, the commentary felt like the acidic bite from that bitchy queen we all know. It was the feeling of walking into that party where you don't know anyone and you're the only one without a six pack.

Worst of all, these kinds of comments all came from gay men. 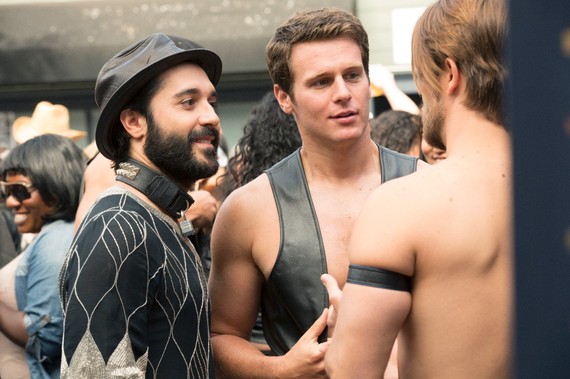 Instead, I've only seen stereotypical and basic portrayals of gay men. I couldn't relate to either Jack's over-the-top camp or Will's apparent asexuality on Will & Grace. The gay couple on Modern Family just make me cringe. And the sex-fueled, party boys of Queer As Folk were most definitely stuck in the nineties.

But with Looking, at last there was an attempt to create interesting, three dimensional characters, who had real desires, struggles and dreams. Here was a show that was beautifully shot, with an amazing soundtrack. With great performances from its cast. Here, I thought, finally is a show I can enjoy and relate to.

I admit that part of the reason I relate to the show is because I am, indeed, a privileged white gay man. And the show was definitely lacking in diversity. But to be honest, so is the mainstream gay community. When I go to Fire Island in the summer, I feel like I'm the closest thing on the whole island to a person of color (I'm half Mexican). How many Grindr profiles come up with "no black guys," or "not into Asians"? The show was, in that sense, accurate, if deeply problematic. But at least it made us think about it. At least Looking was provoking a much needed conversation. 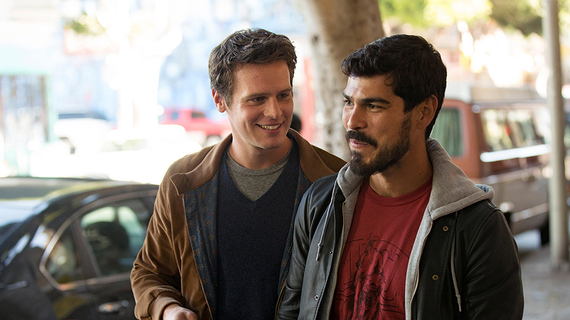 Perhaps the kind of bitching that surrounded the show comes from the fact that as a community, we're not ready to take ourselves seriously. We're not ready to confront the issue of racism in the gay community. We are afraid to confront the realities of crushed dreams and failed relationships. To consider the possibility of both true love and heartbreak. It's much easier to watch RuPaul because we don't need to invest in it. We don't have to confront ourselves -- instead, we wear masks. Beautiful, sequined, rainbow masks. Because for hundreds of years we've been told we're not good enough. And now that there is a show that treats us like real people, we just can't handle it.

I don't believe that as a community we should become complacent and not critical of our representations in the media. As Ingrid Jungermann says, "We should be harder on each other. Who better to be critical than someone who understands where you're coming from? Some queer art is just plain bad and I think a lot of us are frustrated by that."

We need to hold ourselves to the highest standard. We need to examine issues like racism and transphobia and critique art that fails to do so. But nor should we bitch about art that is at least trying to take us seriously. Or relish so gleefully in its demise. Otherwise, all we'll be left with is Cam and Mitch from Modern Family.

I hope that the Andrew Haigh's of this world don't take the critiques to heart. That they continue to make interesting, moving and insightful portrayals of LGBT people. To push the envelope, provoke debate and make us think about who we are. That above all, show the world that lesbian, bi, gay and trans people are real, beautiful, different, wonderful people. God knows we need it.