If you haven't yet seen "Looper" and are still planning to, stop reading this post right now. (Here, go read this nice piece about "The Princess Bride" instead.) But! If you have seen "Looper," continue forward as director Rian Johnson helpfully explains the ending.

(Again: Massive spoilers are ahead.)

In the final moments of "Looper," Joe (Joseph Gordon-Levitt) prevents his older self (Bruce Willis) from killing Sara (Emily Blunt) by committing suicide. (Sara is in the process of protecting her son -- who winds up being responsible for some fairly nasty things in the future -- and young Joe realizes that killing Sara will set off that terrible series of events.) As young Joe dies, old Joe simply disappears because, now, he never existed at that age. But, if old Joe never existed, why does Sara still remember him? Why does Sara's son, the future kingpin known as the Rainmaker, still have a gunshot wound that was inflicted by Old Joe? Here's Rian Johnson with some answers.

Rian Johnson: The approach that we take with it is a linear approach. That was an early decision that I made. Instead of stepping back to a mathematical, graph-like timeline of everything that's happening, we're going to experience this the way that the characters experience it. Which is dealing with it moment-to-moment. And so, the things that have happened have happened. Everything is kind of being created and fused in terms of the timeline in the present moment. So, the notion is, on this timeline, the way that old Joe is experiencing it, nothing has happened until it happens. Now, you could step back and say are there multiple timelines for each moment, and every decision you make creates a new timeline. That's fine. You can step back and draw the charts and do all that. But in terms of what this character is actually seeing and experiencing, he's living his life moment to moment-to-moment in the linear fashion and time is moving forward. And, as something happens, the effect then happens.

So there was never the thought that maybe Old Joe would just fall down with a fatal shotgun blast in his chest?
No, it made sense to me that he would vanish. The second that young Joe kills himself, then he's not going to live to be old Joe in the same way. The same logic by which, if you cut off a finger, then suddenly he has no finger. You take that to the ultimate end, where if you kill yourself and you're not around, then the universe would realize that, catch up with it and he would no longer be there.

It's just one of those things where, if you think too much, you come up with questions like, "Why does Sara still remember old Joe?"
And I think you can dive into it and ‑‑ I don't know, it's interesting. Or she would remember him because she had experienced him to up to the point where he turned the gun and shot himself. And whether you think of it as in that moment, where he shot himself, an alternate timeline was created that we now switch to -- that, to me, is largely just semantics. That, to me, is really just how you would go back and graph the whole thing out. What's important is what the experience of these people are in the events that happened in the movie. And that, you have to experience in a linear fashion. 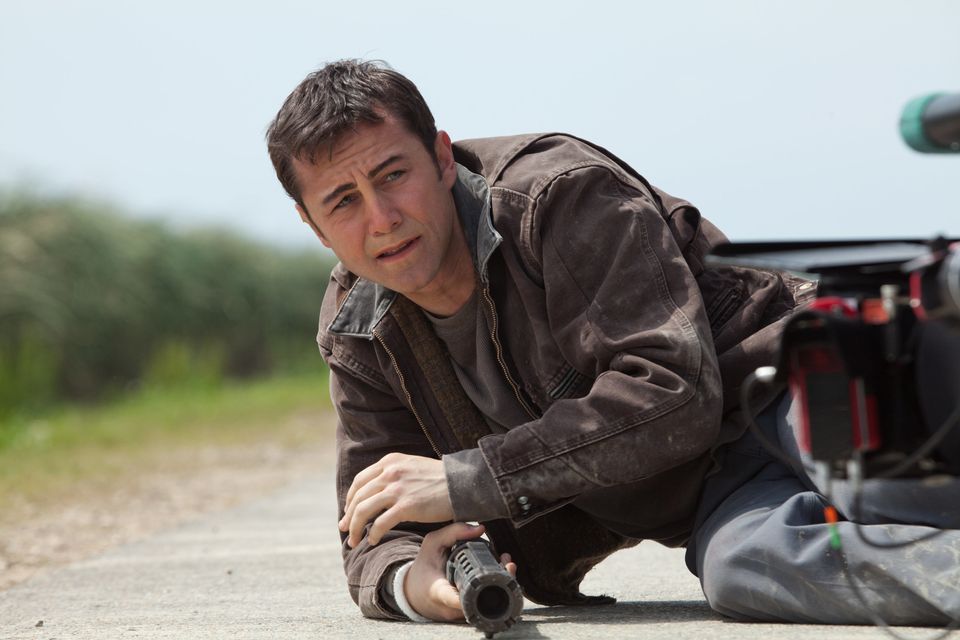 1 / 9
Richard Corliss (TIME Magazine)
A fanciful film with the patina of hyper-realism, Looper is well served by actors who behave not as if they were dropped carelessly into the future but spent their whole desperate lives there.