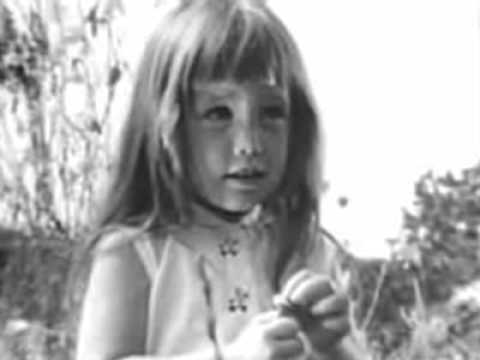 Donald Trump and his reckless refusal to disavow using nuclear weapons is a threat to all life on earth. It's that simple.

I think it is time to bring back the famous "Daisy" ad run by Lyndon B. Johnson in his 1964 political ad against Barry Goldwater, portraying Goldwater as a "reckless cowboy who will destroy your children in a nuclear holocaust."

Trump is that reckless cowboy and then some.

Trump has repeatedly refused to disavow using nuclear weapons, even refusing to rule out using them in Europe. Instead of nuclear nonproliferation he has advocated a nuclear-armed Japan and a nuclear armed South Korea, threatening the fragile security of that region of the world.

But even more than the reckless cowboy image of the "Daisy" ad, nuclearism is the ultimate offense to God as creator. The world's religious leaders have come out unambiguously that nuclear weapons are completely immoral because they have the capacity to end God's creation.

We as religious leaders have been making this argument for a long time now.

In the work Interfaith Just Peacemaking: Jewish, Christian and Muslim Perspectives on the New Paradigm of Peace and War I showed that it was in the 1980s that faith communities began to take the lead in anti-nuclear protests throughout the United States. Beginning with the American Catholic Bishop's powerful pastoral letter, "The Challenge of Peace: God's Promise and Our Response," and building momentum with the support of many protestant denominations, the Central Conference of American Rabbis, and other faith groups including the Buddhist Soka Gakkai International, a movement emerged in which rejection of the development, trade and use of nuclear weapons became a central conviction across faith traditions.

Although the 1990s saw a relative decline in anti-nuclear protest, after the attacks of September 11, 2001 the topic re-emerged as a central concern for faith communities. Muslim voices joined the opposition to nuclear weapons in June 2000 as the "Joint Nuclear Reduction/Disarmament Statement" by religious and military leaders was issued in Washington D.C. At the release of the statement, Dr. Muzammil Siddiqi of the Islamic Society of North America noted, "we must say to ourselves first and then to the world that we want a total and universal ban on the possession and production of nuclear weapons" and argued for Islamic support of this view.

These faith communities' denunciation of nuclear weapons is so strong and far reaching that I have made the argument that nuclear opposition is one of the most widely shared convictions across faith traditions.

Hubris, however, is the arrogance to think you know better than God, and Trump's cavalier attitude toward not only nuclear nonproliferation but even the use of nuclear weapons is hubris.

Ask yourself, on this Memorial Day, if earth will ever see another opportunity to mourn our losses in war, or will a nuclear holocaust take that away.

Will the future of earth only be an irradiated rock without any creature to care about the loss?

There are no Memorial Days without humans to mourn.