The old house on Trumbull Street needed to be torn down, like more than 60,000 other vacant, blighted structures plaguing the city of Detroit.

But when Alex Pereira was perusing homes in the county tax auction, he didn't see a broken-down house in the city's Woodbridge neighborhood in need of bulldozing. "I wanted to do something to showcase what has historically been a very strong community of individuals," the young real estate investor told The Huffington Post.

Pereira didn't just want to save a house, in other words: he wanted to send a message. So he turned to an all-time favorite children's book for inspiration -- Dr. Seuss' classic, "The Lorax" -- and commissioned a wood sculpture and a mural to do just that: 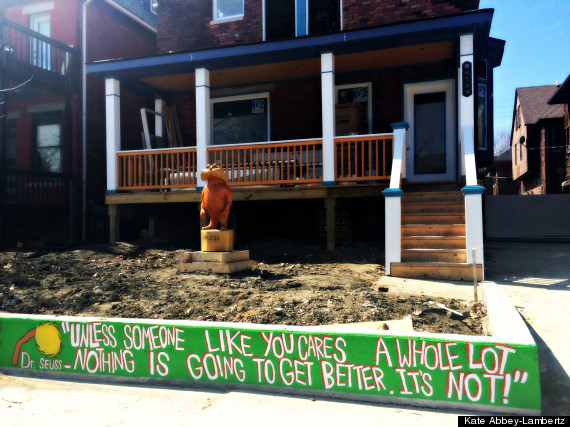 The roof on the home at 4759 Trumbull wasn't just leaking when Pereira purchased it, it was in danger of collapsing on the developer and his preservation team. Extensive wood rot required the interior of the house, vacant for 15 years, to be torn out and rebuilt from the studs up. The home had deteriorated to the point where workers could snap the century-old wood boards with their own hands.

"The Lorax" is a fable about the struggles of a creature named The Lorax, who speaks for the beautiful Truffula trees and tries to protect them from the Once-ler, a greedy factory owner who represents corporate interests. Published in 1971, educators still rank it among the top 20 books for American children.

"I'm originally from Bolivia, I came to the U.S. when I was nine," Pereira said. "As I learned how to speak English, Dr. Seuss stories were some of the books you used to learn how to talk."

Pereira said the simplicity of Dr. Seuss's message appealed to him, especially the quote painted on the mural, which reads, “Unless someone like you cares a whole awful lot, nothing is going to get better. It's not."

"How much more clear do you need to get? You have to care," he added. "With all the noise that's going on, we get so beaten down by everyday life that we just fall into apathy. We act like blight is normal. It's not normal. Sometimes all it takes is a little paint and an afternoon and you can transform the place." 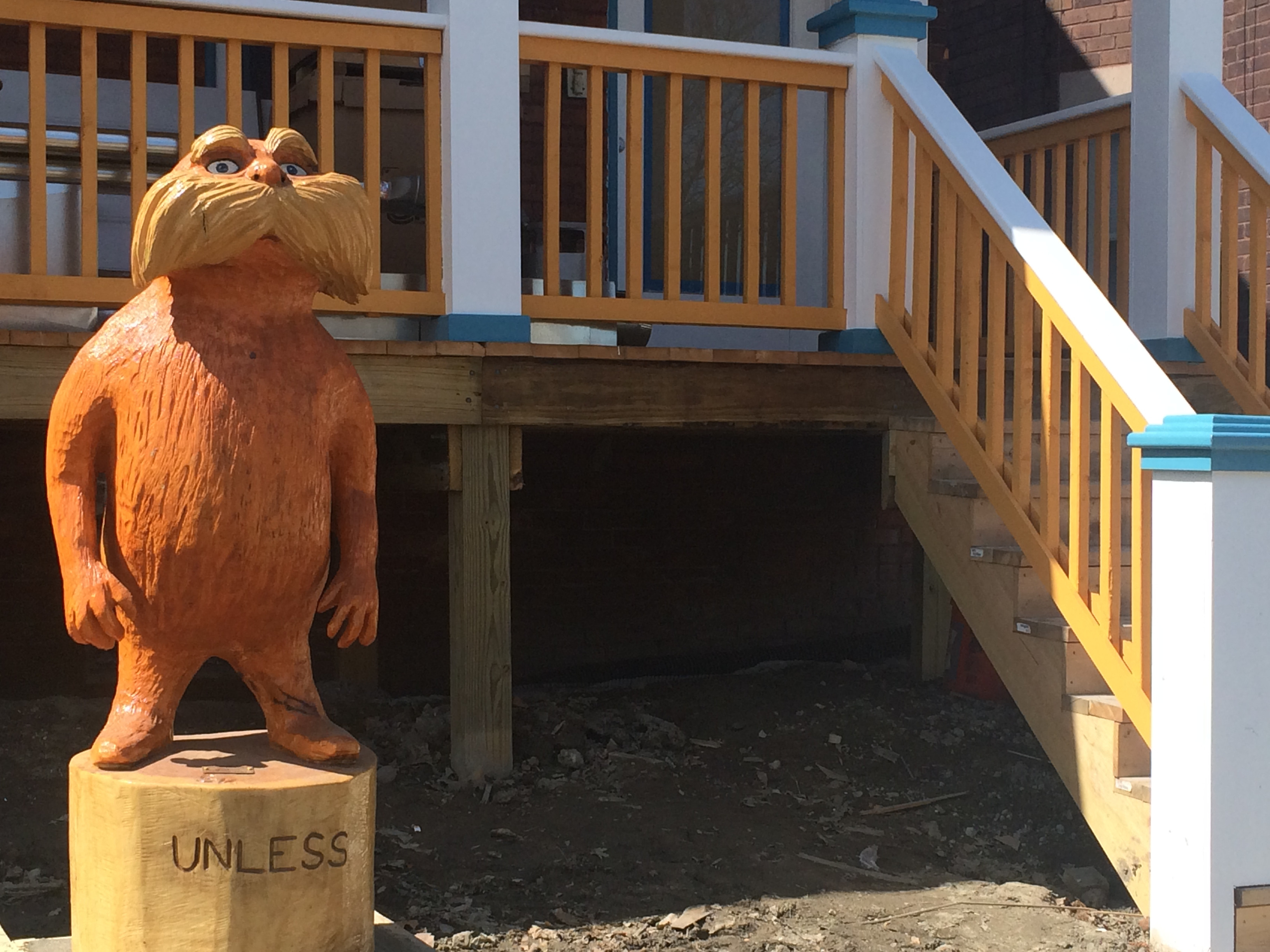 The new building is energy-efficient and will offer the neighborhood three new one-bedroom apartments, a studio and a live-work space with a commercial art gallery attached. Not just a potential home for local creatives, the work was completed by Michigan artists. Chainsaw artist Scott Kuefler cut the Lorax icon by hand. Muralist Matt Hebert painted the Dr. Seuss quote on a retaining wall in front of the home.

"The art is mightier than the sword, Pereira said. "It has a transformational power to reach so many people and inspire. Detroit's public art and what's being created here is a pivotal part of that."

"I think Detroit is really the story of America," Pereira said. The bankrupt city makes him recall his childhood in Bolivia, "just the poorest Third World country, basically" and how he ended up here, in a country people where people said a better life could be found.

"America really still is the land of opportunity, but you have to go out there and make a statement and make a meaningful difference."