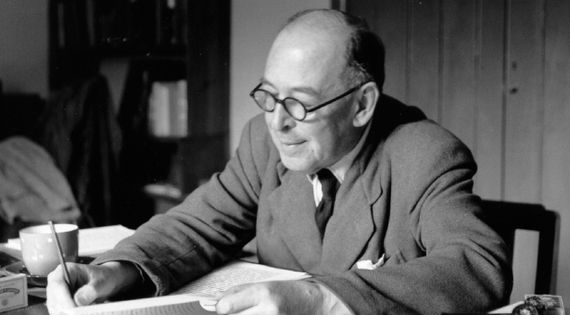 C.S. Lewis, in part two of his Mere Christianity argues that Christians must choose between Jesus as Lord, Liar, or Lunatic, to understand his true nature and that of early Christianity. Lewis argued that the historical Jesus could only be one of these three things - mad, bad, or God. However, these flawed choices both corner the reader into accepting a supernatural explanation (Lewis' underlying apologetic?) and also missing the historical nature of the Bible itself. In doing so, the argument overlooks the movement's earliest and most significant mover, the Apostle Paul.

Lewis' argument progresses as follows: In the Bible, Jesus made extraordinary claims as to His nature and as the Son of God, and also predicted His death and resurrection, which would be the only reason why His Apostles, who initially fled during His crucifixion due to fear of reprisal from the Jewish and Roman leaders, later returned to become leaders of the Church. Therefore the question is raised: Would these men follow a Lunatic or Liar? Answer: Of course not, He must have been the Lord, as proven by his resurrection appearances.

In the first case, the argument that only a supernatural origin can explain the phenomena and growth of early Christianity, while reinforcing a theological perspective, is not an historical one. Prior to the Gospels (70-120AD), there was the Apostle Paul, who wrote many letters (50-60AD), and whose early vision of Jesus (The Christ) (appx 36 AD) was in direct conflict with Jesus' original followers, not only about mission, but about the nature of the gospel itself (Gal 1:8, 2 Cor 11:4). And it was his vision and gospel that would eventually win over his opponents, as evidenced below.

Moreover, what seems like a foregone conclusion two thousand years later, after the fall of Jerusalem in 70 AD, does not square with Paul's desperate effort earlier to overcome ethnic exclusion of Gentiles, the clashing with the Jewish Apostles, and even the need to offer money to persuade the others about the notion of a gospel for all people (Gal 2:10). All phenomena involving politics, power, and the ability to decide the rulings of the mission, which were largely rejected after Paul's return to Jerusalem (Rom 15:30,31 Acts 21), display not a seamless divine mission, but one of familiar human origin.

In the second case, though inspired, the Bible is literature, which means it has been interpreted by its writers, whenever themes were decided, literary forms and devices chosen, and sources redacted. As Lewis himself understood,

"Holy Scripture is in some sense--though not all parts of it in the same sense--the Word of God."

Before we confront a Jesus of history, we must confront the sources that define that Jesus. Which sayings are accurate and which come from a later time? How do we reconcile different accounts of the same events? Is Jesus a lord or liar when he said "go to all the nations" (Matt 28:19) or "go only to the lost sheep of Israel?" (Matt 15:24). So, given these historical complexities, the question of whether Jesus was viewed as Lord, liar or lunatic must be accompanied by the question, according to whom and which text? And more importantly from what 1st century perspective of Christianity?

To find the answer we must step aside as theologians to pursue more practical questions of the historian. How did the actual history unfold, what characters and events came first and what were their contexts? Were they writing to Romans or Jews, retired soldiers or Greek slaves? If Paul is arguing throughout his letters for the identity of Jesus, which he received through a vision, and was not concerned with His earthly life (2 Cor 5:16), how does that square with the post resurrection appearances before the Apostles? Did Jesus not inform them that Paul would be coming to open the gospel to "the ends of the world?" (Romans 15:29)

Furthermore, during his lifetime Paul could not convince the others of this new revelation. As a result, although he tried to unify the apostles through a remunerative gift, Paul was betrayed, nearly assassinated, and banished to die alone in a prison cell. (Acts 21). Based on this historical moment, early 60s AD, before the church had formulated a canon, how would CS Lewis frame his question, Lord Liar Lunatic? Would he pose his question to the Apostle Paul or James? Without the presumption of later church theology, we are left to speculate on the answer to this significant question.

A stronger historical proposal might be that an early cult movement with Jesus and his archetypal followers (of which we have some insight from the Gospels, but must consider them in light of the later dates, and changing audience from Jews to Gentiles given the Jewish War 70AD), might be better understood though the earlier Pauline sources and how those sources align with the history. For Paul, there was certainly no common revelation that turned Jesus' original followers from men of cowardice into those of abiding faith. Paul famously confronts Peter for waffling on his faith in Antioch (Gal 2:11). He accuses James and the Apostles of preaching a false gospel and one in direct contradiction with that of his vision, and he outright states that his gospel is of no human origin (Gal 1:12).

Where Paul (and even Acts) leave off, there ends our Bible source on the life of Jesus, but the history does not end. A failed Gentile movement would find its new life, not in the support of the Jerusalem Apostles, but from the fall of Jewish Christianity, in 70 AD, when the Romans invaded the Holy Land. As a result, Christianity was forced outside Judea to the Gentile mission field. It would be left to Paul's letters to determine the answer to Lewis' question of Lord Liar Lunatic? And though he promised an early return of Jesus, eventually Paul's followers, such as Timothy and Titus, and others into the 2nd century, would write in his name, as the church adapted itself to Roman culture (pater families).

By 313 AD, Emperor Constantine would proclaim Christianity the official religion in an attempt to harmonize the Empire. And what had started as a cult (Jesus) movement, was reinvented by Paul's new revelation. Although a failure in his own life, it would, after the Fall of Jerusalem, resurrect itself in the provinces of the Greco Roman world, until it was embraced by the Empire. One might be tempted to label this fantastic course of events supernatural, but nevertheless it is the true progression of history - Not necessary to determine if Jesus was liar or lunatic or Lord? In the same way, determining that Caesar was a Lord or Liar or Lunatic would not impact the actual historical events of the Roman Empire.

The point is, history can fine tune and temper theology, and theology can expand the limits of history with faith in new possibilities, but it is the life of human beings in the real body where true history is made.