Astronomers -- the men and women who study the stars, galaxies and beyond -- have an almost universal agreement that there's nothing of scientific interest when it comes to the subject of UFOs.

In fact, many professionals who gaze into the heavens actually speak about UFO sightings with disdain -- even though countless military officials, heads of state, newsmakers and commercial pilots have said they've seen unidentified flying objects.

"No serious astronomer gives any credence to any of these stories," said Lord Martin Rees, the official U.K. astronomer royal. 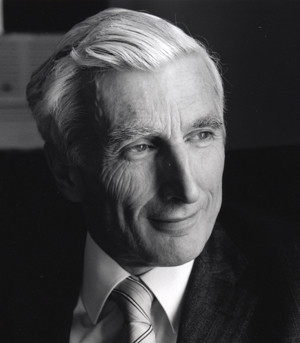 Rees, author of the new book, "From Here To Infinity: A Vision For The Future Of Science," told The Huffington Post that, while "everyone's fascinated by aliens," he's in favor of the ongoing SETI Institute program -- the search for extraterrestrial intelligence.

"We should look by all possible techniques," Rees said. "We've no idea what's out there, and so we should look for anything that might seem to be some sort of artifact rather than something natural."

While Rees said he hopes real extraterrestrials will be detected within the next 40 years, he's completely and "utterly unconvinced" that any ETs have been visiting Earth.

"I think most astronomers would dismiss these," Rees said. "I dismiss them because if aliens had made the great effort to traverse interstellar distances to come here, they wouldn't just meet a few well-known cranks, make a few circles in corn fields and go away again."

Nevertheless, in a recent HuffPost blog, SETI Institute senior astronomer Seth Shostak wrote about the daily emails he receives from people describing "alien sightings, extraterrestrial plans for Earth, and agitated screeds about the reluctance of scientists to take the whole subject seriously." 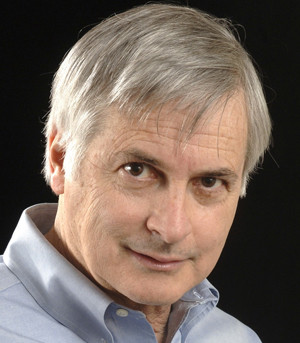 Shostak said very few of those emails "are penned by hoaxers. The correspondents are sincere, and many simply wish to help us in our search for evidence of extraterrestrial intelligence."

While Shostak may at first appear sympathetic to folks claiming that aliens are already here, he said he sees no real evidence.

"It's hard to believe that the aliens have cleverly arranged things so that only governments can find convincing evidence of their presence. ... The fact is, if you're certain that our planet is hosting alien visitors, the way to gain acceptance for your point of view is to prove it."

Are We Alone In The Universe? Lord Martin Rees And Seth Shostak Explore The Possibilities:

Another astronomer, James McGaha, said he agrees with Rees' contention that UFO reports should be dismissed.

"I totally agree with that. Rees is making what I call an elegant argument," McGaha, a retired Air Force pilot and director of the Grasslands Observatory in Tucson, Ariz., told HuffPost.

McGaha held a top secret security clearance during his career and was directly involved with classified projects at the now-legendary Area 51 military facility in Nevada. He's a fellow of the Royal Astronomical Society and has discovered numerous asteroids and comets.

McGaha is also a UFO debunker. 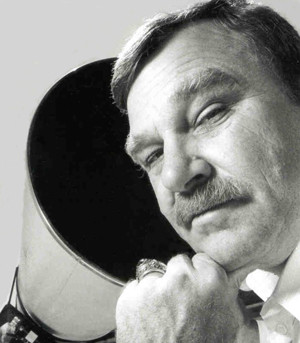 "I've got over 40,000 hours looking at the night sky, and I've never seen -- not once in 50 years -- something that I didn't know what it was. I've seen many strange things, but never anything I couldn't identify," McGaha said.

"Most professional astronomers don't look at the sky. Most of them sit in a room with computers and image the sky, so they don't ever go outside and look, and many of them don't know how to actually identify the constellations in the sky -- it's unfortunate, but that's the way it is."

McGaha gives no credence to any of the tens of thousands of UFO sightings or encounters that reliable people have reported.

"I don't think there's a single observation or report that I'm aware of that indicates an alien spacecraft -- not one," he said. "And I've looked at all of the important cases.

"Scientists are very sensitive to evidence and data. What physical evidence is there that an alien spacecraft has actually ever visited Earth? There is none, zero. And until there is -- an artifact, a piece, an alien -- scientists will not even think about investigating this," he said.

McGaha concedes -- just a little -- that UFOs, or alien ships, "are not impossible. If there's an intelligent race out there, they could build a spacecraft and get here. It would be very difficult, would require enormous resources and motivation to do it. It's not impossible, but highly unlikely."

Others disagree about the rift between scientists and the UFO "community."

"I'm dismayed by the lack of understanding between the two groups," said journalist Nick Pope, who used to investigate UFOs for the U.K. Ministry of Defense. 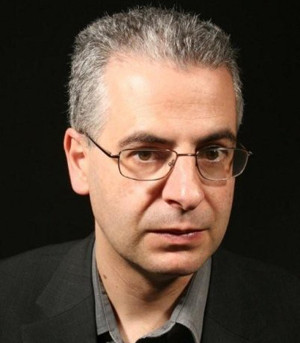 "Unless they've studied the phenomenon, astronomers are no more qualified to talk about UFOs than ufologists are to talk about, say, titanium oxide production in K-type stars. It's like marine biologists and oil company executives saying they understand each other's fields because they're both looking for something in the sea. The sea is about the only thing they have in common. So it is with astronomers, ufologists and the sky," Pope wrote in an email to HuffPost.

Initially a skeptic, Pope's years at the Ministry of Defense led him to believe that, at the very least, the UFO subject was "worthy of proper, scientific research. Especially where one has, for example, photos, videos or radar data, because such things can be studied in a proper, scientific manner. It's unscientific to ignore data simply because it doesn't fit your worldview."

Pope is one of several speakers -- including retired Air Force and Army colonels -- who are taking part in a special lecture on Sept. 22, titled "Military UFOs: Secrets Revealed," to be held at the National Atomic Testing Museum in Las Vegas.

Are these real UFOs ... or something else?