Since there has been language, there have been stories -- and it’s safe to guess that scary stories originated not long after.

There’s something that bonds us to others when we experience a chilling tale, be it wide-eyed at a sleepover or biting one’s fingernails in a dark cineplex. “No one wants to experience a truly life-threatening situation,” explained sociologist Dr. Margee Kerr to The Atlantic in 2013. “But there are those of us (well, a lot of us) who really enjoy the experience.”

Coming close to danger but remaining safely out of harm’s reach is a pulse-quickening jolt out of mundanity, a reminder that our comfortable lives could end with just one zombie invasion or vampire next door.

Podcasts offer an extra thrill to this experience: they’re the modern-day equivalent of radio broadcasts, only now they’re accessible anytime, piped directly into our ears more often than not. While many associate the medium with the celebrity interviews of “WTF with Marc Maron” or reported storytelling like “This American Life,” podcasts of a different vibe have been attracting large audiences, too: spooky, eerie tales of both fiction and nonfiction.

One such success is writer Aaron Mahnke’s “Lore,” described on his blog as “a podcast about true scary stories,” that reached the iTunes’ Top 10 just over half a year from when he released his first episode in March. “Lore,” and the sparse, fascinating narrative Mahnke spins around each of his topics -- mysterious creatures, terrible accidents, haunted locales -- have the power to turn an average commute into an eye-opening, spine-tingling journey. When I recommend the podcast to friends, I often mention the episode on asylums, especially the description of a lobotomy, which made me woozy while listening to it standing on the subway. I mean it as a compliment.

Don't let a lack of visuals trick you into thinking podcasts can't be chillingly scary.

“Podcasting is perfectly suited for oral storytelling, and nothing is more entertaining than fear,” Mahnke explained in an email. “It was the thing our forefathers did on the front porch of their frontier homes and around campfires. In preserved tribal communities around the world, that’s still how much of their education and cultural torch-passing happens.”

With that information, it becomes clear why a podcast focused on long-held beliefs and legends works: It taps into that age-worn human need for a captivating tale.

Knowing the appeal of “Lore” and the, well, lore it so often covers, I emailed Mahnke about the allure of superstitions, wondering why such seemingly flimsy beliefs have endured for so long. “I see superstition, especially in the context of folklore, as a sort of communications device. It’s a container that holds teaching moments, warnings, and fabricated explanations for the unknown and mysterious. Superstition gives us something solid to hold onto when there’s nothing else to grasp at.”

In other words, stories are what we use to explain our lives, to turn the incomprehensible into something more.

“A lot of folklore was used to teach children how to behave, or how to avoid dangerous situations,” Mahnke continued. “It can help preserve important events. The children’s story of the Pied Piper is almost cliché today, and we see it as a story, but it’s actually preserved a real, historical event from 1284 that happened in a small German town.”

From tales of the boy who cried wolf to superstitious athletes who don’t wash their socks, despite the world’s many changes throughout the centuries, fables remain. “You know, I think we tend to see ourselves as modern, educated people who couldn’t possibly be tricked or duped by confirmation bias. But I think most people have believed that for thousands of years ... But superstition always seemed to creep in.”

Before podcasting, Mahnke began as a writer of several supernatural thrillers and a fantasy novel, work that extended naturally into his current gig. “'Lore' is really just born out of a desire to share some of the fascinating research I had stumbled into,” he wrote. A desire to share his favorite New England myths -- Mahnke is based near Boston -- led to a “long and unwieldy” document that he then switched from text to audio. “After a friend heard one and suggested podcasting, I went all in.”

“Lore” isn’t the only podcast to garner listeners by freaking them out. There’s horror fiction “The NoSleep Podcast,” borne out of a Reddit forum of the same name. Another is the “Serial”-mimicking “Limetown,” which lays the now traditional podcast style of editing together different interviews and host narration, following a case through several episodes -- onto a totally made-up narrative. We also have, around this time of year, creepier episodes of mainstays, like the “Spooked!” episodes of “Snap Judgment” and Halloween-appropriate episodes of WBEZ and Ira Glass’ game changer. “Criminal,” a show that covers real crimes and the people who commit them with a different one for each episode, is another.

“Podcasting is probably the closest we’ve ever come to the true campfire experience in centuries,” Mahnke said. “It’s honestly pretty amazing to think about. All because of our love for story.”

And, sometimes, it’s the darker stories that stay with us. “Story is in our blood, you see,” the “Lore” host concluded. “And if you look deep enough, blood is in our stories, too.” 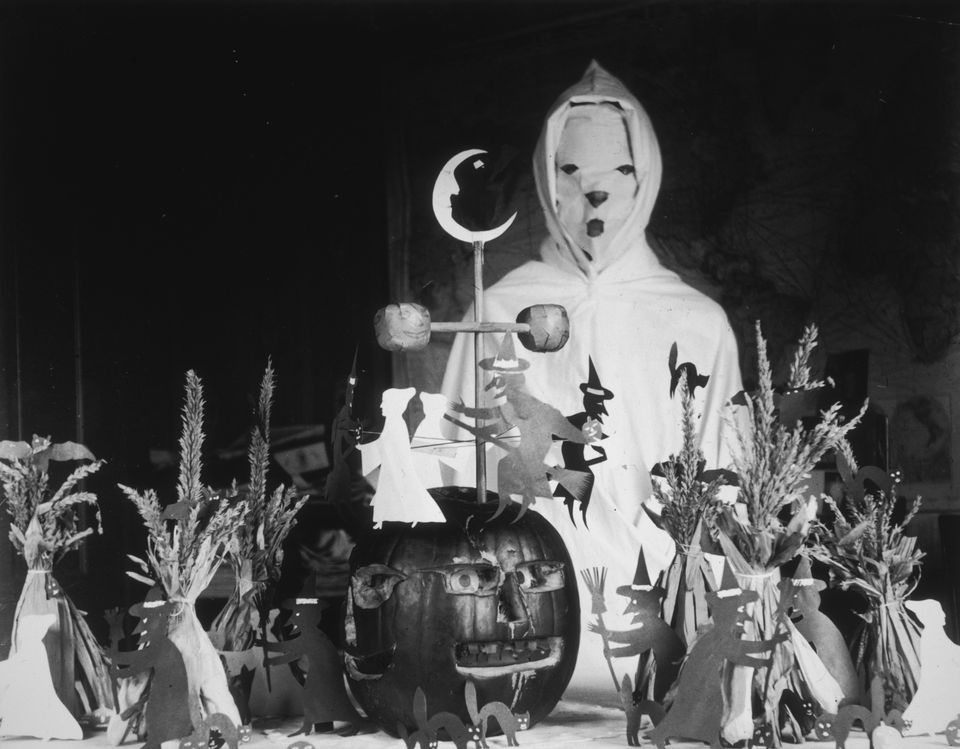