Lorraine MacDuff, the owner of Rainy Days Caffe in Lake Stevens, Wash., has found herself in a stormy situation after using Facebook to shame two customers who did not clean up after their kids, according to Komo 4 News.

MacDuff told Komo 4 News that she asked the messy party to leave after one child would not stop screaming and yelling, adding that the parents were welcome to return but without their kids.

That may have been all we heard of the episode had she stopped there, but MacDuff posted a picture on Facebook of the mess left behind by her customers, whose children had been eating scones. Here’s a picture of the so-called mess: 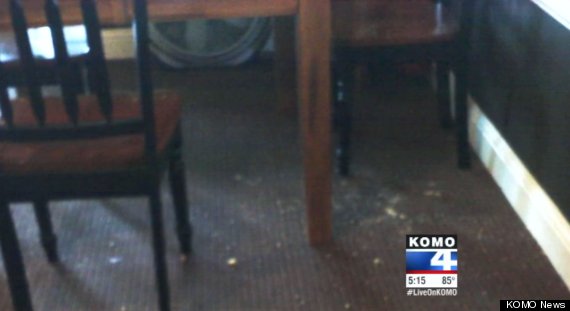 One of the customers, Kellea Poore, saw the post and shared it with her friends, sparking a social media backlash, according to Komo 4 News.

MacDuff elaborated on the backlash she's faced in an interview with Q13 Fox News. "Somebody threatened to drag me behind their truck," MacDuff said. "I’ve had people threaten to picket my business."

The picture has apparently been removed from the café’s Facebook page, and MacDuff even apologized for posting the picture, but the negative comments have continued. Some, in particular, felt that MacDuff should be more sensitive to the struggles faced by moms:

Others expressed support for the café owner, however:

This is not the first time small businesses have employed the technique of “Facebook shaming.” A Reno, Nev. bar effectively utilized the method to identify a dine-and-dasher who was later arrested for running out on bills in restaurants around the city.