I have lived in Los Angeles for more than 30 years, and still, I'm as intrigued and fascinated by this city today as I was on my day one. Yes, you might say it was the proverbial love at first sight. And how could it be any other way? My airplane descended over the city in the middle of the night, and I was immediately struck by a sea of flickering lights spreading out beyond the horizon.

Last night at the Getty Center--at the opening of its ambitious exhibition devoted to Los Angeles modern and contemporary architecture--the first thing that greeted visitors was a monumental painting by Peter Alexander showing LA at night, from the air, exactly the way the city greeted me upon my arrival many years ago. 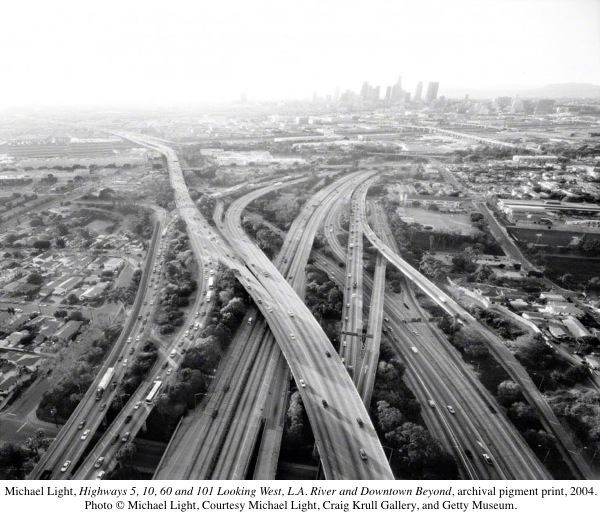 My prior experience living in St. Petersburg, and then for a while in Rome, definitely did not prepare me to appreciate the sparse elegance of architecture by great Los Angeles modernists such as Rudolph Schindler, Richard Neutra and Irving Gill. Strangely enough, the advisor assigned to me by the Jewish Federation to ease my transition into this new city lived with his family in a house in Silver Lake designed by Rudolph Schindler himself. Even the built-in furniture in the living room was a part of the architect's master plan. 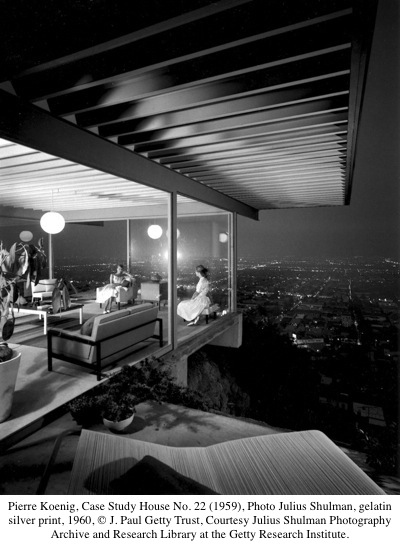 A couple of years later, I went to see the studio of a young artist in the garage of an interesting-looking house. The house was small, but it had a big personality. It was built inexpensively with stucco and dark stained wood, yet the result was far from humble. Sure enough, it was the iconic Schindler Residence--his personal home on King's Road--that currently houses the MAK Center for Art and Architecture. 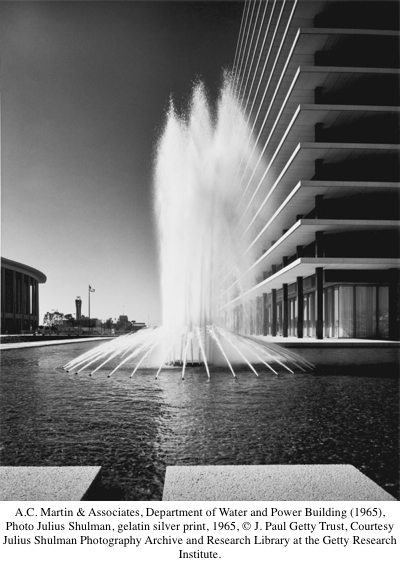 The Getty exhibition, Overdrive: L.A. Constructs the Future, 1940-1990, which launches a series of shows and events all over Southern California, is part of Pacific Standard Time's initiative celebrating modern architecture in Los Angeles. 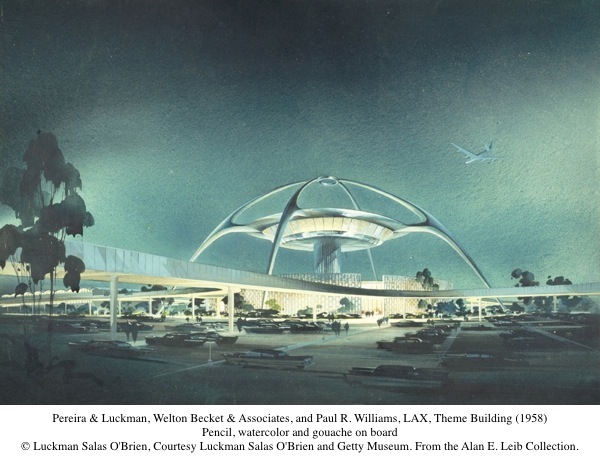 Compared to other kinds of museum shows, architectural exhibitions have one inherent problem. While painting, sculpture and photography exhibitions provide the firsthand experience of seeing the artwork itself, architectural exhibitions inevitably have a few degrees of separation. You can't bring a building into a gallery space; instead, what you traditionally see are models, blueprints, drawings and photographs, and the Getty exhibition does provide a wealth of such information and documentation. 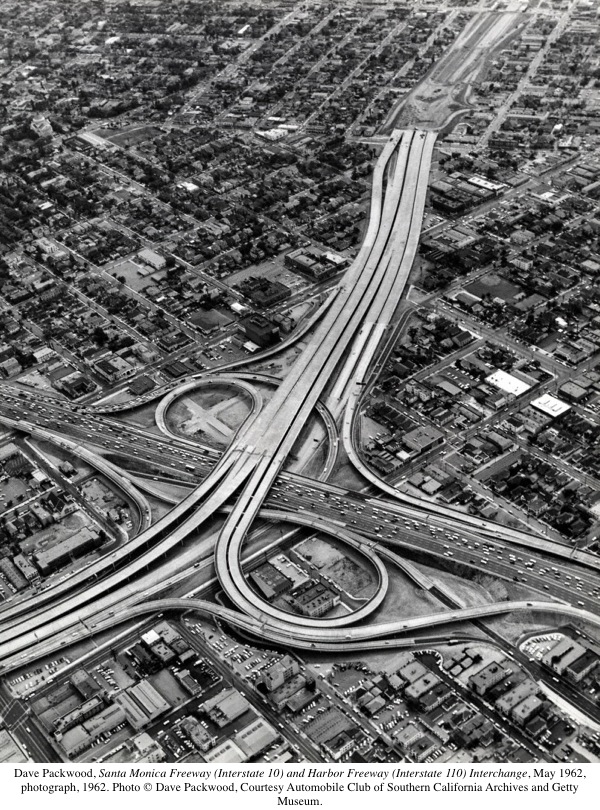 Personally, I found the presentation and exhibition design a bit crowded and overwhelming. The exhibition would benefit from having more breathing room, which could be achieved with better editing. The last gallery has models of several early Frank Gehry buildings practically climbing over each other, as if a small earthquake shook the exhibition space. The way the exhibition looks is a result of an unusual collaboration between the museum's Design department and students of Art Center College of Design in Pasadena. I don't want to be unfair, but fewer cooks in the kitchen would probably serve this exhibition better. After all, we have here in Los Angeles well-known architects with excellent track records designing exhibitions that could have been consulted. Recent examples include Frank Gehry with his impressive design for the Ken Price exhibition, and Frederick Fisher's surprisingly minimalist design for the Caravaggio exhibition, both at LACMA. 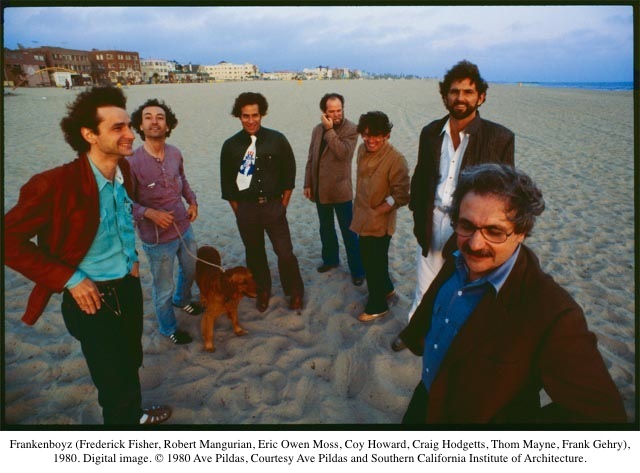 Every time a snooty visitor to LA asks me, "Come on, Edward, how can you love this city? You can't compare it to the beautiful cities you've lived in or traveled to." To which I reply, "Thank God it doesn't look like any other city in the world. Yes, it's a totally unique city, a creature all its own."

Just think about all beautiful historic cities as purebred horses that people breed, train and admire. And all of a sudden, you are confronted with a strange animal like no other you've seen before. Though it looks remotely like a horse, it's three times bigger, and its proportions are totally wrong. Its hind legs are shorter than its front legs, its neck stretches up into the skies, and its ridiculously long tail with a brush on the end looks like an upended palm tree. What the hell is the name for this creature? Of course, I'm talking about a giraffe: a beautiful, exotic animal who cannot and should not be compared to a common horse.

So, if you try to compare Los Angeles to any other famous city--a comparison in which LA will always lose--you are totally missing the point. I see this beautiful, exotic and slightly weird metropolis of ours as a "giraffe" of a city. I even dreamed once of being on a clogged freeway and instead of driving a car, I was riding a giraffe. How about that?

For the next several months, thanks to the Getty's Pacific Standard Time grant-giving initiative, we will have a chance to experience the uniqueness and ingenuity of Los Angeles architecture in all its manifestations and as a result, many more people will hopefully fall in love with this unique giraffe of a city.