Los Angeles-based artist Alex Schaefer, 41, recently learned just how problematic it can be to have your work misinterpreted. A painting of his, which depicted a Chase Bank on fire and was “was intended to be a visual metaphor for the havoc that banking practices have caused to the economy,” according to the LA Times, has prompted a police investigation.

It all started when Schaefer was painting in front of a Chase Bank when the police rolled up and 'told [him] that somebody had called and said they felt threatened by my painting. They said they had to find out my intention. They asked if I was a terrorist and was I going to follow through and do what I was painting." 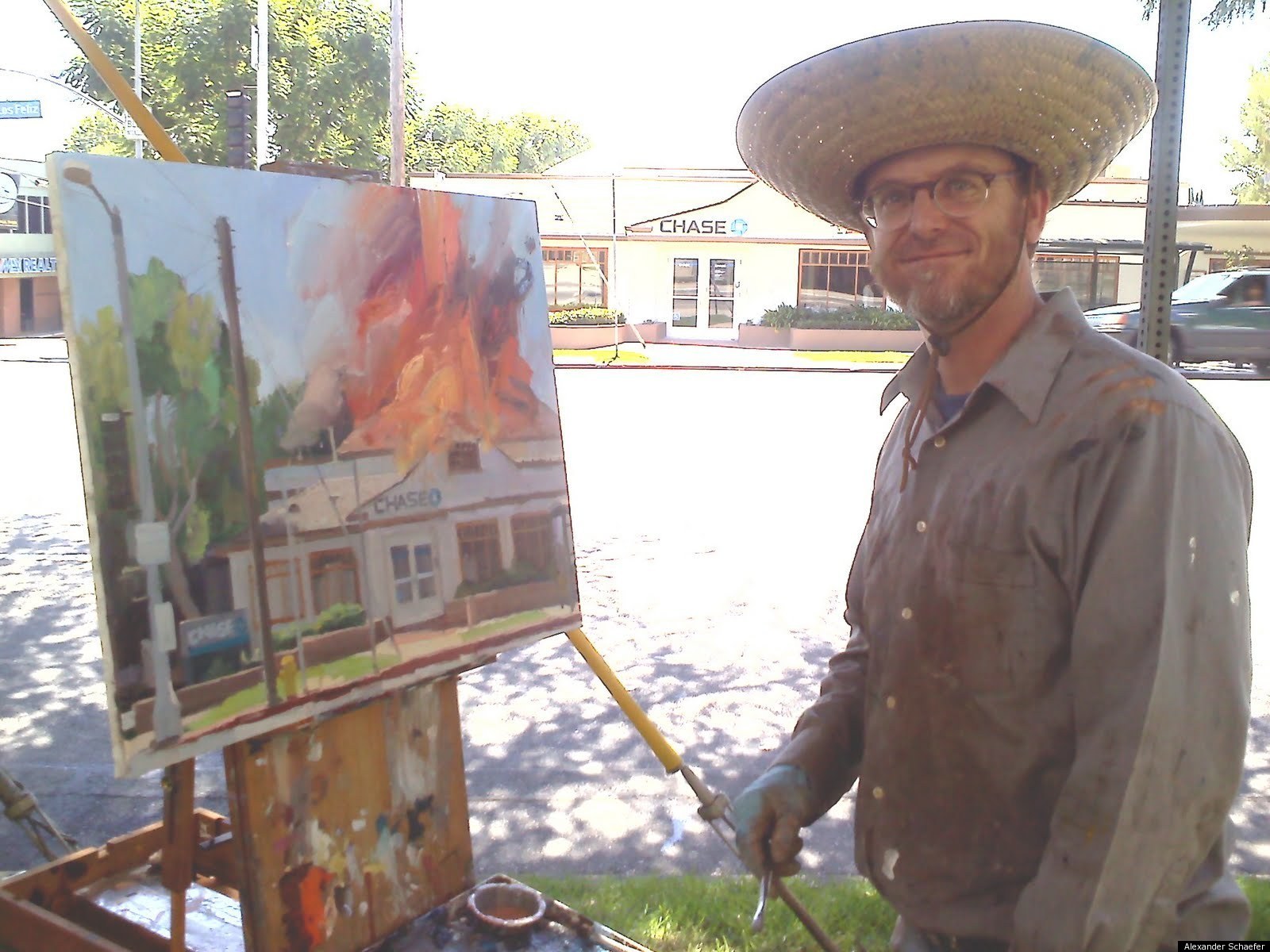 The painting is part of the artist's larger series depicting Chase Banks in the Los Angeles area. While he was finishing the painting, Schaefer wrote on his website about the incident, saying:

I started another burning bank painting today, this time the Chase branch in Van Nuys. I got lots of thumbs up and likes from passersby but after an hour and a half the cops showed up. They said someone called thought I might be a terrorist. It was a peaceful encounter and I think the cops felt a little silly writing me up; its a long way from painting a visual metaphor of the banks to actual terrorism. They ran my ID through their computer, we chatted a bit and they let me go. I can't wait to start another one now! Aahahah! Who would have thought plein air painting could become an episode of COPS? The piece needs a little more work but I'm going to let it get good and dry and do more in the meantime.

The Los Angeles Times reports that Schaefer told the police that he meant no harm, and that "a terrorist certainly would not spend hours on a public sidewalk creating an oil painting of his intended target." The officers had Schaefer fill out a form, and he thought that was the end of it. On Tuesday, however, two plainclothes detectives showed up to his house and asked "Do you hate banks? Do you plan to do that to the bank?"

Schaefer told them that "the flames symbolize bringing the system down. Some might say that the banks are the terrorists."