Two years ago, the Los Angeles City Council decided to raise money by hiking parking meter fees and extending the hours they were operational.

Apart from the chorus of protests it should have been simple to accomplish, but it took well over a year to put the new fees and time periods totally in force. In addition, instead of making the time increments uniform the transportation chiefs of the nation's second largest city have made the process incredibly complicated.

It used to be that in most instances meters were operational until 6 p.m. and not enforced Sundays and holidays. The exceptions were well known, such as the Sunset Strip, where meters have for quite awhile been in effect until 2 a.m. However, the rest of the city now has to deal with an array of closing times, mostly 8 p.m. and in many instances including Sundays (but not holidays), though in a bunch of situations only until 7 p.m and in others until 9 p.m.

Added to that are other factors. For example, on busy streets there is a prohibition to park during rush hour traffic, usually between 7 and 9 a.m. and between 4 and 7 p.m. However, sometimes this is enforceable only in the morning or in the afternoon, and in an instance such as Gower Street in Hollywood, it's between 4 and 7 p.m on the east side of the street and between 4 and 6 p.m. on the west side.

What further confuses the issue is that, while both sides of the street conform to the new 8 p.m. ending time (midnight on Friday and Saturday), if you park on the west side of Gower Monday to Thursday, where there is a proscription to park between 4 and 6 p.m., the parking enforcement continues from 6 p.m. to 8 p.m. However, on the east side of the street, which forbids parking from 4 to 7 p.m., there is no sign indicating continuation of meter enforcement from 7 p.m. to 8 p.m., so one has to presume it's not necessary to feed the meter after seven o'clock. All in all, it causes you to stare at the signs, reading and rereading them over and over until you finally get the courage to leave your car without inserting a coin, nonetheless worrying if you've done the right thing. 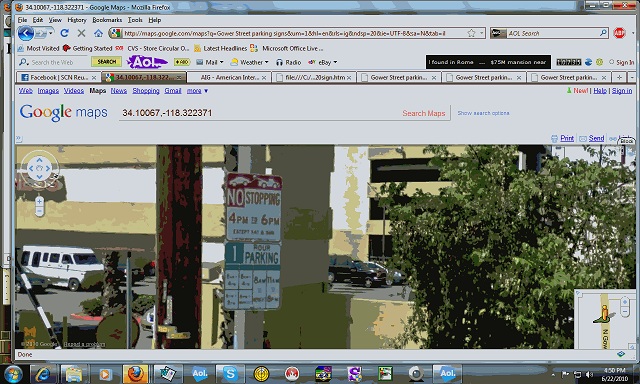 This situation is also the case on Sunset Boulevard in the Wilcox/Cahuenga/Vine area, where you can't park from 4 to 7 p.m. Monday to Thursday and there's no indication to pay from 7 to 8 p.m., although the 8 p.m. end time is marked for Saturdays and Sundays.

Making it further complicated is the stretch of Sunset west of La Brea and east of West Hollywood, where it's now necessary to pay the meter until 9 p.m. and the signs are clearly marked to insert coins from 7 to 9 p.m. after the 4-7 p.m. parking prohibition on weekdays. And to further muddle the situation, in this section of Los Angeles you don't have to pay the meters on Sundays!

Think you've got it? South of Lexington on Vine Street, the meters are only operational until 7 p.m.

Why are parking meter enforcement times so different? And why must we pay more than casual attention to the signs, as we did before? Used to be if it was Sunday you didn't pay. If it was after 6 p.m. no problem. If they were going to extend the hours to 8 p.m., why not do it for all of them instead of the myriad combinations that make one wish there had been a college course dedicated to interpreting how to park, accompanied by a complicated slide rule for calculation.

In addition, there's still confusion about the necessity to leave a spot after a meter's maximum time is up, which I brought up in a HuffPost entry two years ago. My point was that a lot of people think it's okay to put another quarter or two in a meter if they need extra time. "Go refeed the meter" has become part of the American lexicon, even though the action is illegal. For all purposes (according to a woman with whom I spoke at the LA Parking authority) the law is rarely enforced, but pity the poor sucker who gets ticketed by an overzealous city functionary.

However, just to make the rule crystal clear and even though I wrote about this to almost every Los Angeles council member at that time, urging them to place a warning against refeeding meters (as San Francisco does) on the new signs that would have to be installed indicating the new regulations, my suggestion was ignored. Not helping matters, newspapers and magazines and the local affiliates on NBC, CBS, ABC and Fox News as well as CNN have not chided the Los Angeles government nor effectively put a spotlight on this problem.

Los Angeles tax dollars funded by the extended hours and higher parking fees ought to be used to recruit and employ transportation experts with a better understanding of how best to administer and communicate the process. Until then, pay careful attention to those parking signs or spend a bit more and pull into a parking lot.