The Los Angeles Times issued a correction this week for an obituary written in 1914.

On April 21, the newspaper added this note to an obituary written for naturalist and author John Muir:

In its obituary of Muir, dubbed the "apostle of the wild," the Times wrote that America had lost “perhaps its greatest naturalist” and the world “one its most remarkable nature poets.” (Read the obituary here.)

This isn’t the first time that a newspaper has issued a correction decades later. Last year, The New York Times issued a correction for misspelling the name of Solomon Northup, the black man whose memoirs inspired the Oscar-winning film “12 Years A Slave.” The mistake had been made more than 160 years before in an article published in 1853. 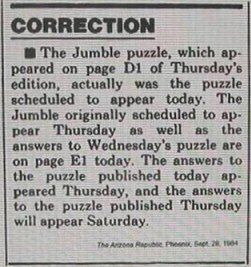