The front page of Friday's Los Angeles Times was taken over by an ad for Disney's "Alice in Wonderland."

The ad, which featured Johnny Depp's Mad Hatter character, was superimposed over a mock front page. The paper's real A1 appeared behind it.

"We worked very closely with Disney to come up with an exceptional and distinctive way to help them open 'Alice in Wonderland,'" John Conroy, a spokesman for the LAT, told The Wrap's Sharon Waxman. "It was designed to create buzz, and to extend the film's already brilliant marketing campaign. "

Conroy expanded on his comments to the New York Times' Richard Perez Pena, saying, "Stretching the boundaries was what we were going for."

Perez-Pena also interviewed LAT editor Russ Stanton, who would only say, "Obviously, it was not my decision."

"People are worried about what it does with the brand, the paper's name," one anonymous reporter told Perez-Pena. "On the other hand, it's money that we badly need."

The New York Times has also sold ad space on its front page, as have many magazines. 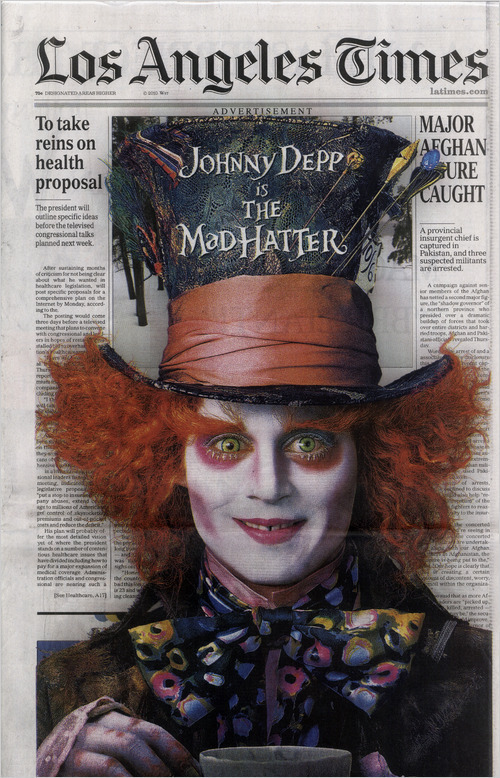