Oh! If only these walls could speak! The diverse stories of New York's 20th/21st century immigrants would yell above the racing traffic north of 96th Street.

Inspired in part by a similarly named festival held last year in Santurce, Puerto Rico, Los Muros Hablan NYC just took place in Harlem and the South Bronx, bringing Street Artists and muralists together from Latin America, Puerto Rico, and New York. In a coordinated effort with the museum El Museo del Barrio, a cultural space called La Repuesta, and the office of local Councilwoman Melissa Mark-Viverito, the festival gathered a scattered collection of walls under one name.

Combining an animated neighborhood block party, live music, and panel discussion, Los Murals Hablan (translated as "The Murals Speak") brought back a part of New York street life that sometimes feels like it is disappearing in the grand blanding of Manhattan. We look at it as a reinvigoration; a continuation of the tradition of community murals and graffiti influences from El Barrio while updating it to include the stunning new directions of a global Street Art scene.

Here are images of some of the artists and their work by photographer Jaime Rojo. 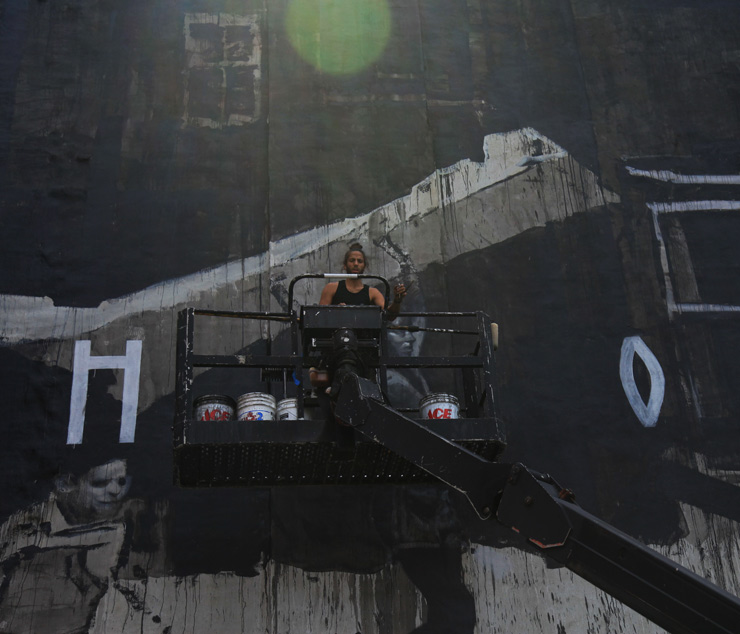 Axel Void. The Spanish artist collaborates with photographer Martha Cooper using an image from her Street Play book which focused on the building of a clubhouse from found materials by neighborhood kids. (photo © Jaime Rojo)

For an artist born in Miami of a Haitian mom and raised in Spain, the concept of home in this city of immigrants is especially poignant. On his Facebook description of his wall Axel says, "The concept fits the event that Los Muros Hablan proposed, 'Diaspora'. In a neighborhood like East Harlem, there is a great mix of nationalities that all meet at this place they now call home. It was really something to see the different reactions and hospitality of the people who would pass by or lived across from the wall. This wall is dedicated to them." 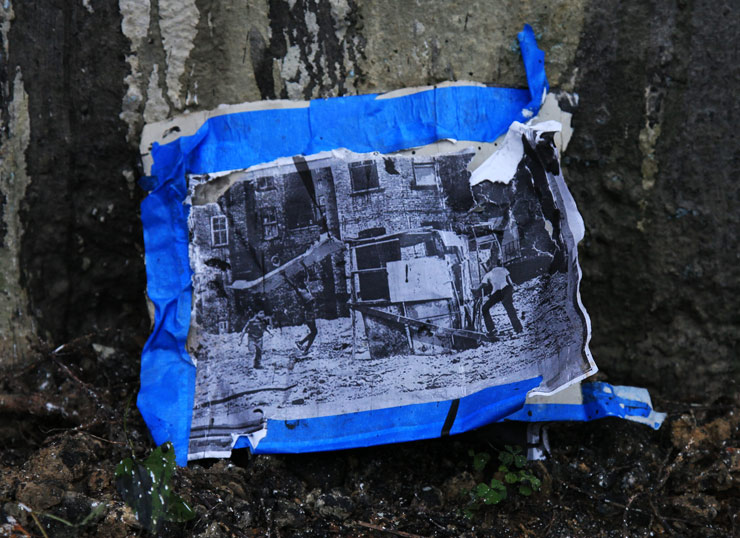 Axel Void. The Spanish/American artist used a photocopy from the Martha Cooper book that focused on the games kids played in the Alphabet City section of New York in the 1970s. (photo © Jaime Rojo) 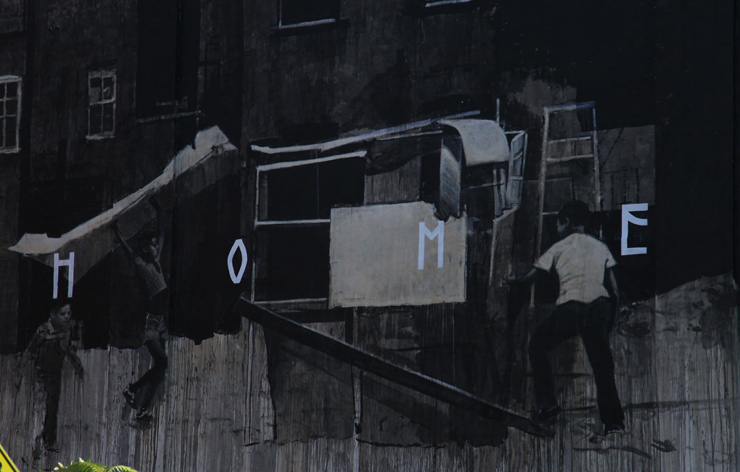 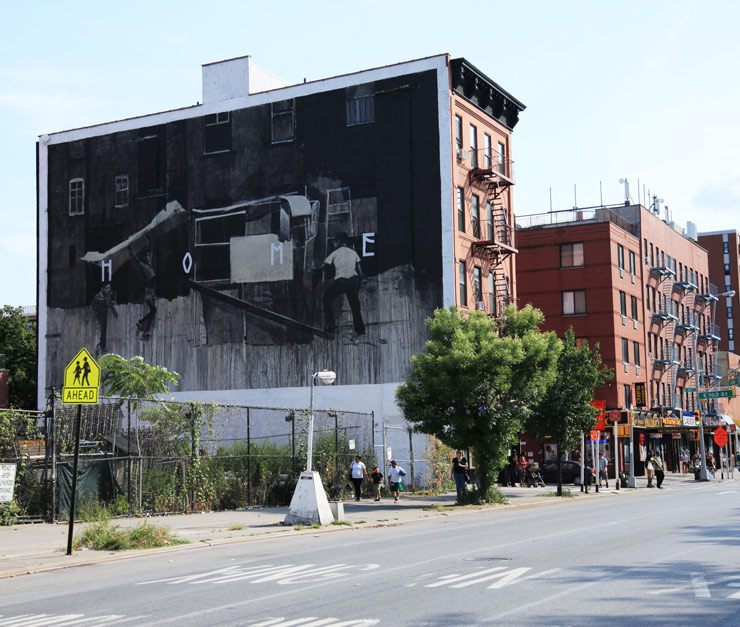 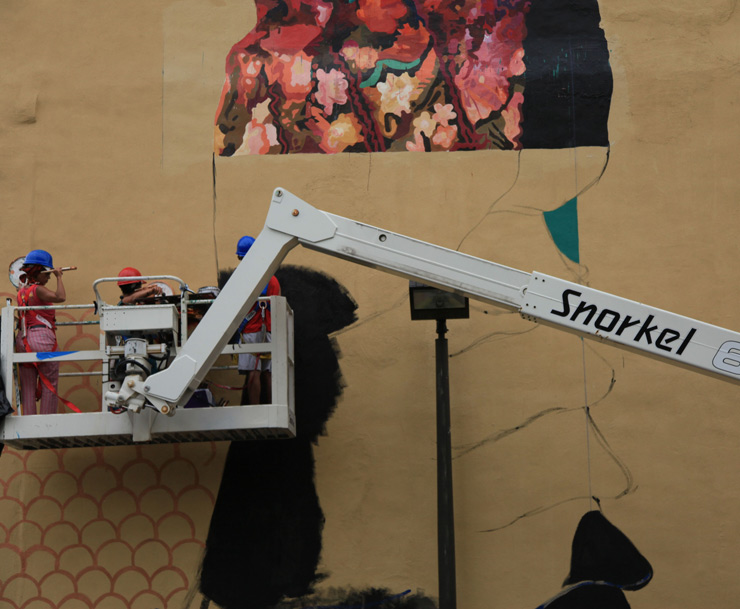 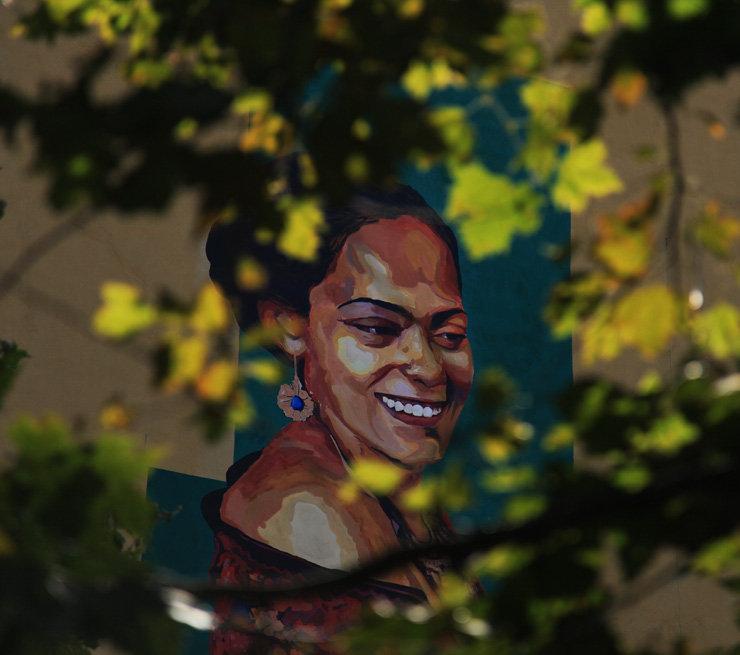 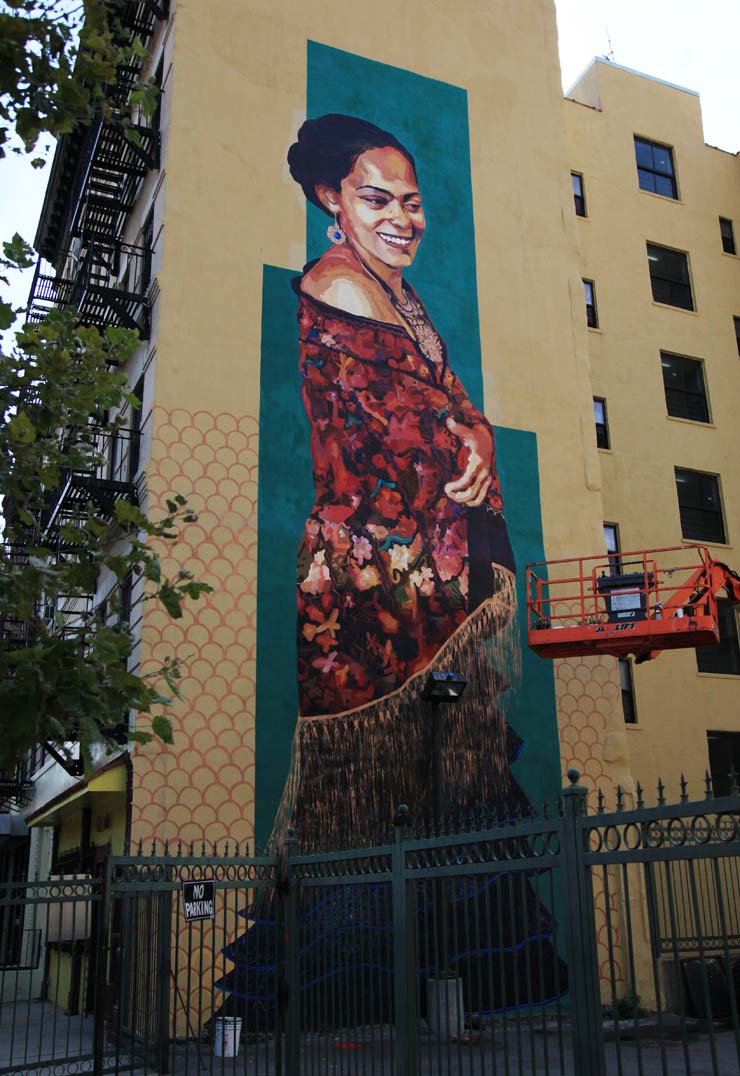 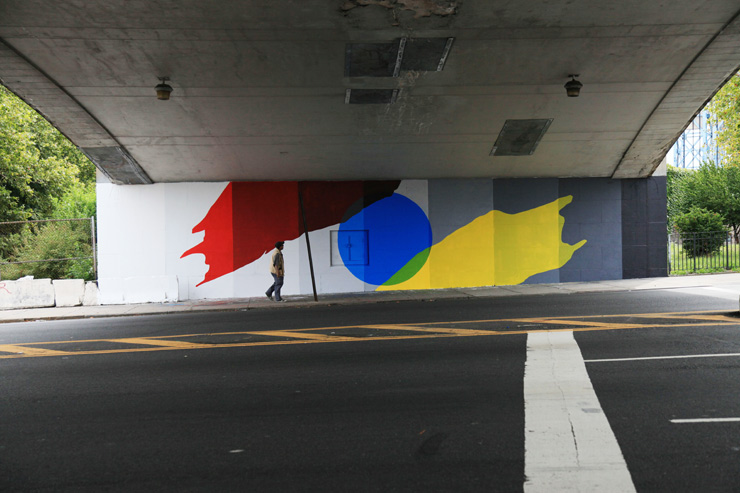 The only abstract modernist in the group, Street Artist Elian is from Córdoba, Argentina and arrived in New York with his friend and fellow painter Pastel - both fresh from Living Walls Atlanta. A self-taught artist, Elian is also co-director back in his home city, which he deeply loves. (photo © Jaime Rojo) 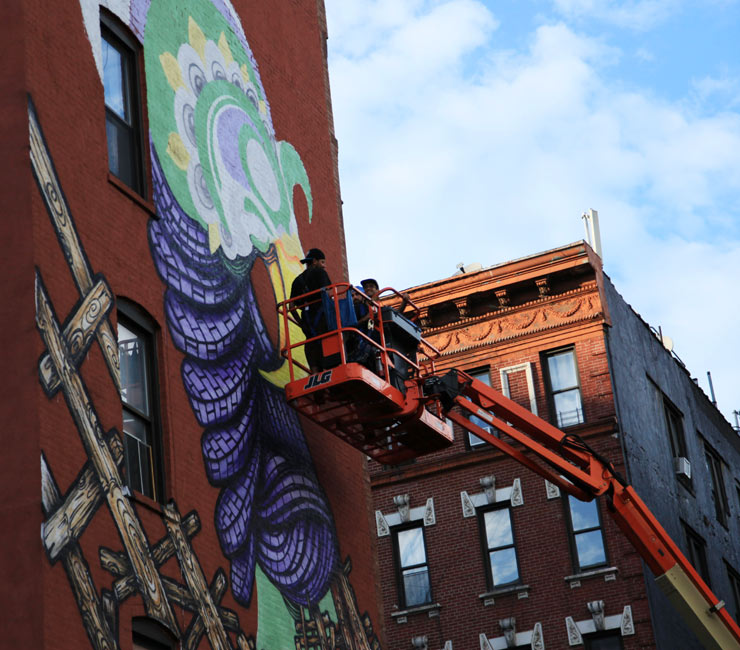 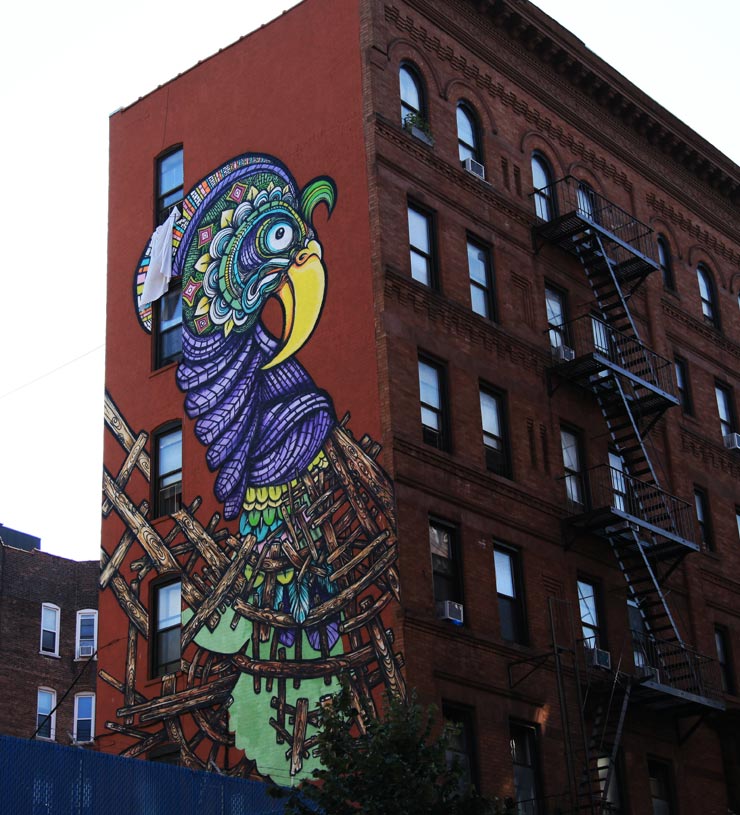 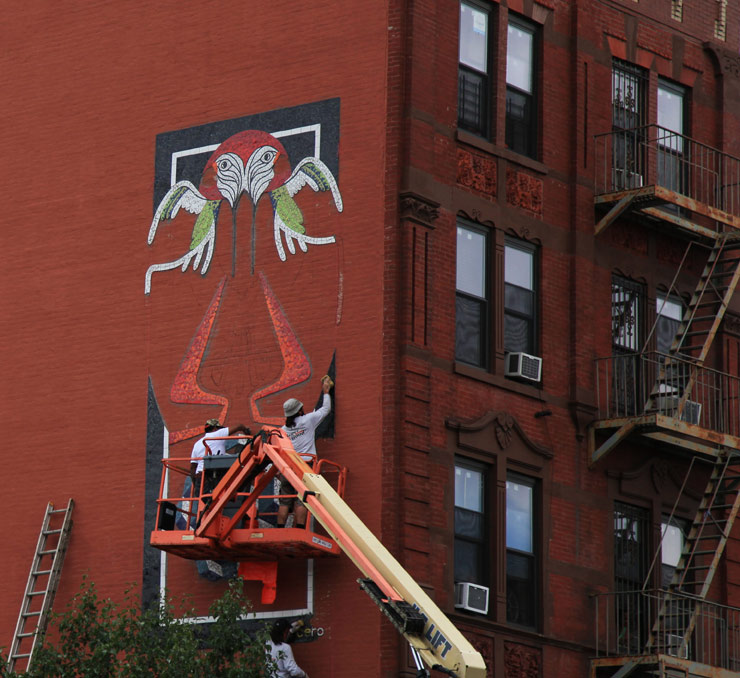 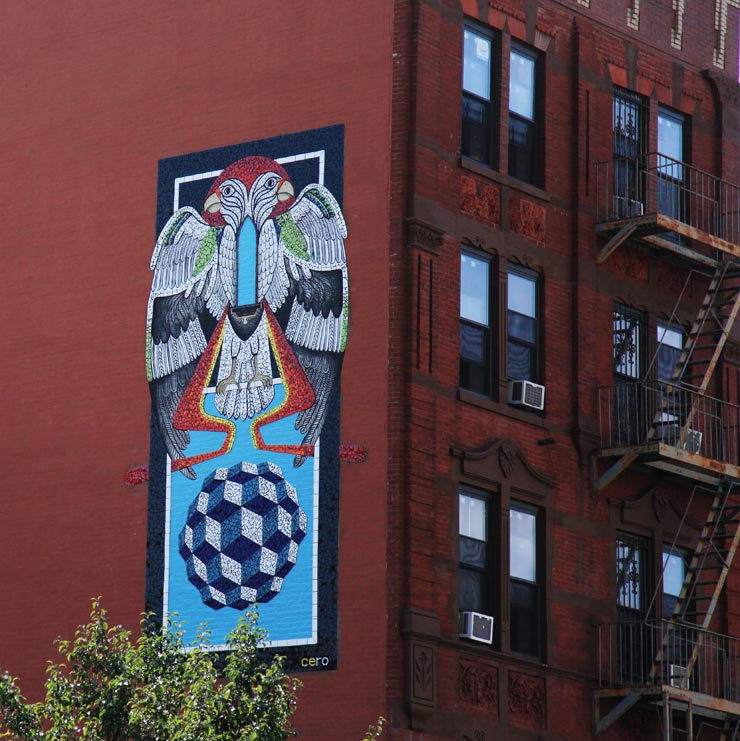 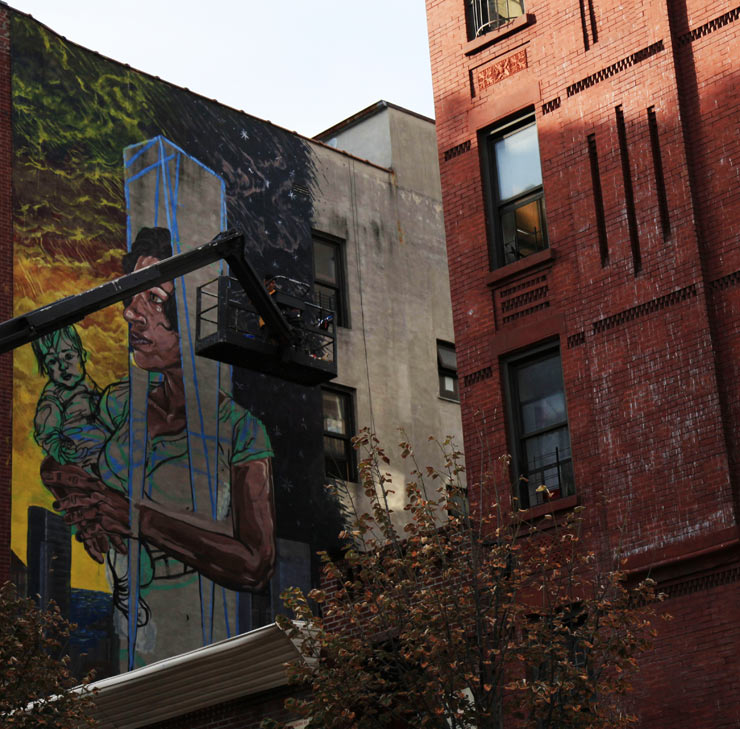 A thinking persons Street Artist LNY examines identity as seen through the prism of experience. From Ecuador and New Jersey, his own work talks about unusual hybrids and boundaries in culture and nationality. His monstrous piece is called "The end of race / Libertad y Xul antes del desayunó" 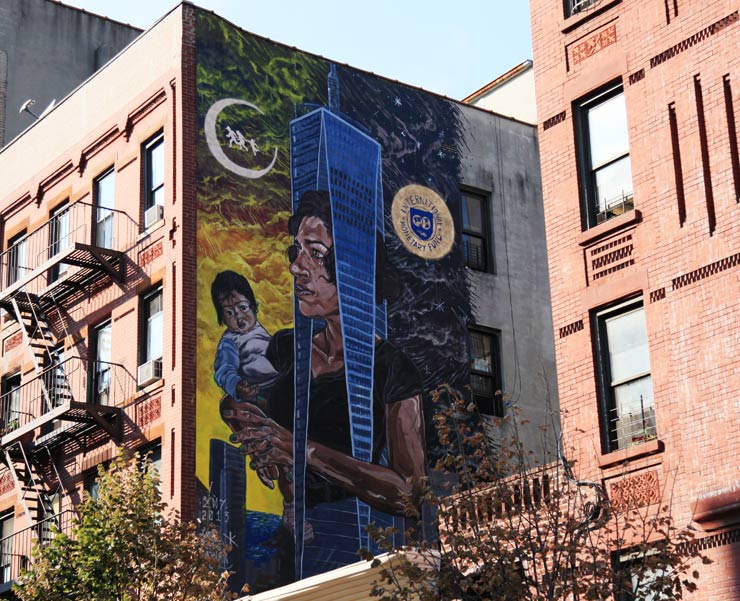 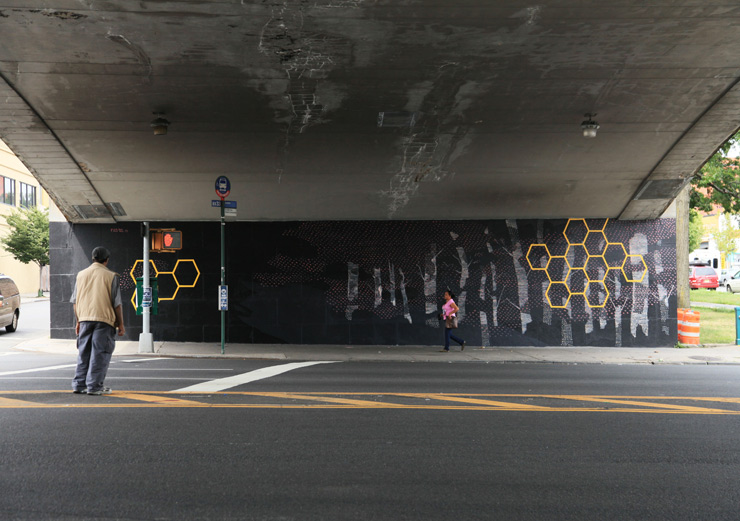 An architect and painter from Buenos Aires, Pastel created this subtle amalgam of a wooded area beneath a floating geometric screening, as if to enlarge the basic building structures that lie deep in nature. (photo © Jaime Rojo) 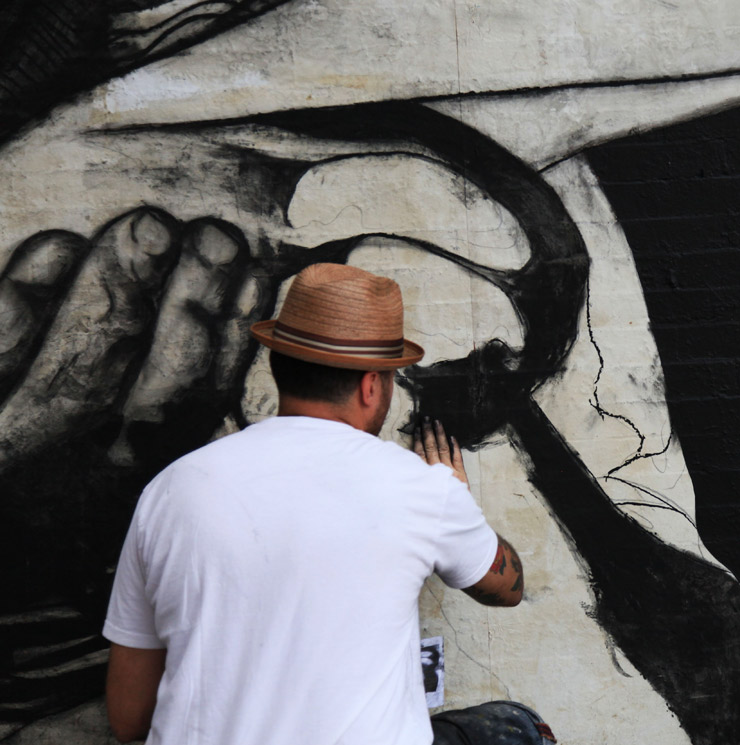 New Yorker Viajero has his studio in Brooklyn and his heart in Puerto Rico. The artist draws on tradition and reveres those who came before him as well as the power that lies in the community today. With an interest in sculpture and installation as well as drawing Viajero's mural flies off the wall so that it can also hang from the limbs of a tree in front of it. If only his mural could speak! 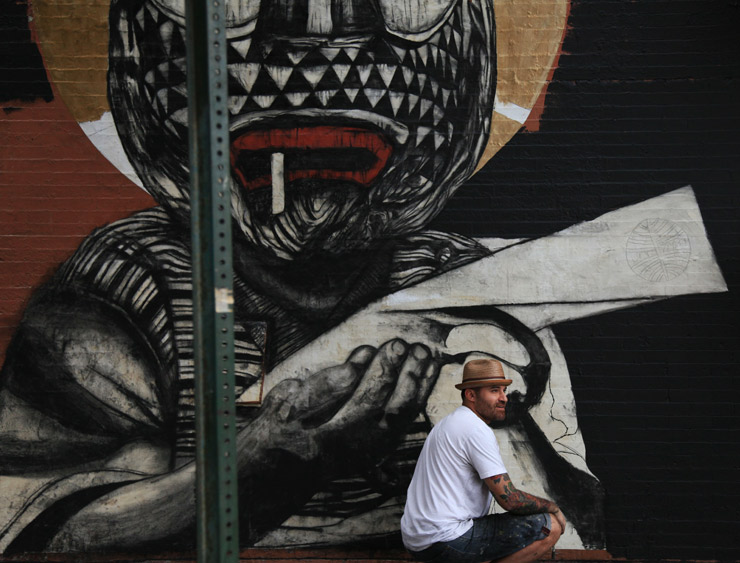 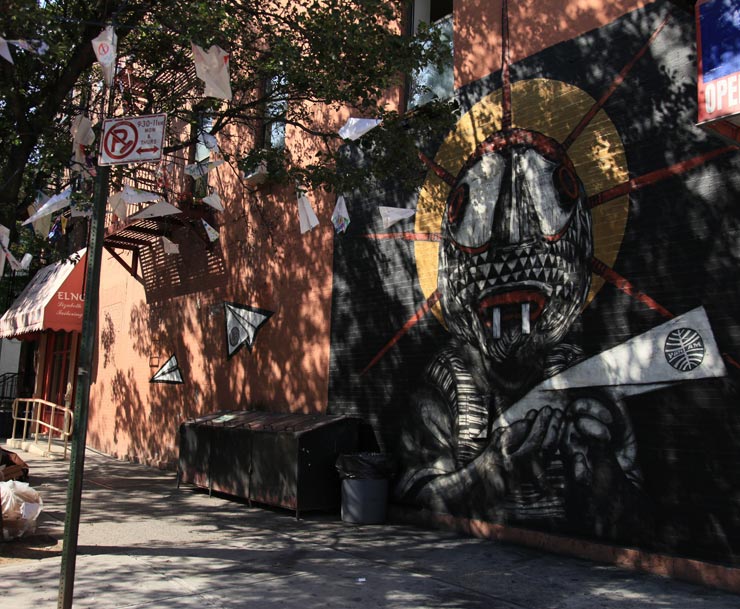