On May 10, 2007, Annette Nance-Holt lost her only child, 16-year-old Blair, when a gang member opened fire on the Chicago bus he was riding. Blair dove in front of a bullet, saving the life of a classmate.

Chicago is again facing startling levels of gun violence this summer. Though more than seven years have passed since Blair was shot, Nance-Holt, a Chicago Fire Department battalion chief, says she still thinks about her son daily -- he is the first thing on her mind every morning, and the last thing each night. This is her story.

I remember taking Blair to school that day. He was a junior at Julian High School. We were talking that day about what was next for him.

He was very conscientious about everything so early. I remember telling him that this weekend we're going to have a heart-to-heart, that's what we called it, on what to do and how we were going to get there.

When we got to the school, I told him to do good. I always said "do good" to him [when I dropped him off]. That was our thing. Whatever you do today, make sure it's good. And I told him I loved him. He's like, "Love you too, Mom," and "See you later," and we said goodbye. I was going to see a play that day -- "The Color Purple" with my sorority sisters -- so he said he would take the bus to his grandma and grandpa's store in Roseland after school. 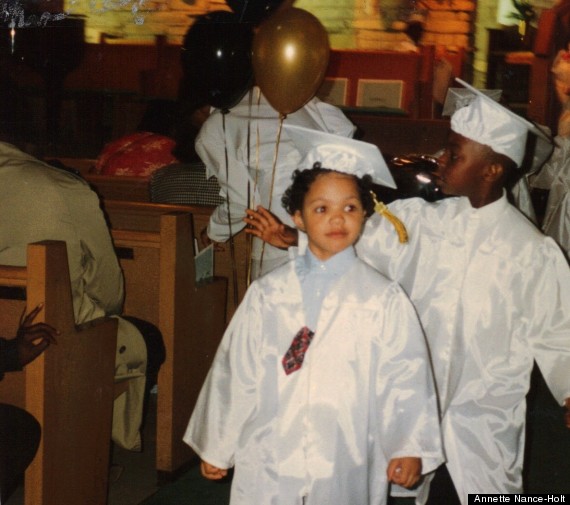 I got a call when I got back home from a cousin who said they thought Blair'd been shot. I was like, "What?" I knew Blair was a good kid and there was no way he'd been shot, there was no way anything like that could happen to somebody who was so good.

Everyone I called didn't know who I was because I was so rattled. I called the fire house nearest to me and asked if they heard anything about somebody being shot at Julian. The lieutenant said for me to calm down and said he would check and get back to me. I got in the car and was driving and called his father, who's a cop, and told him I thought something had happened to Blair. I told him I called Blair's phone but hadn't heard from him.

[His father] had called me earlier that day to ask me what my badge number was because I'd just been promoted to captain and he said Blair wanted to buy me an exact replica of the badge for Mother's Day. He said I should calm down and that nothing had happened to Blair. That he was a good kid and nothing was wrong. At that same moment, he was fighting for his life, but I didn't know that.

I swear I was driving through red lights and through everything because I had to get to him. I knew if I could get to him, he'd live. I went to Mary's, the first hospital nearest to Julian, and they said, yes, he'd been shot. It's not a critical trauma center so I knew it was bad when they told me he went to [Advocate Christ Medical Center].

When I got to Christ, they let me upstairs. All our coworkers and neighbors in Roseland came. It got so crowded up there that they closed a whole floor up because it was nothing but city employees and young people. My mother and father came. My pastor, Father Michael Pfleger, started praying.

I was just like, "God, just let him live. I will quit my job and do whatever it is to take care of him if I need to. Just let him live." He was fighting for his life. But then his heart stopped. They came out and said he'd gone and I remember saying, "God, come on!" He's my only child and he means everything to me. Now I don't understand what you're telling me."

I ran through the crowds of people because I just didn't want to deal with that. And I just collapsed on the floor. 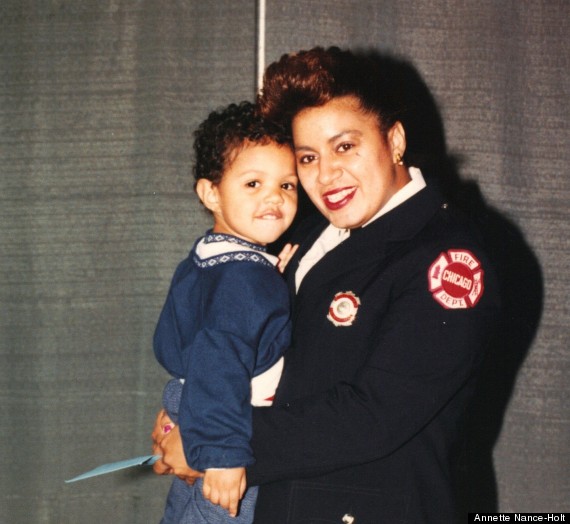 A young Blair with Annette for Annette's lieutenant promotion ceremony.

I have so many memories with Blair. All these trips we used to take. He was so smart. He was such a handsome young child becoming a man. He was starting to get this facial hair growing long. I remember looking at him thinking, "Man, he's blowing up."

Now I don't have anybody to teach me about the new cell phones, the new dances and the cool new music. I think about how happy he'd be that certain things have changed and upset and disappointed that other things have stayed the same. That so many young people still don't have opportunities or jobs and still aren't treated fairly. He was beyond his time, being so socially conscious, knowing so much about life and what was going on.

He read books like crazy. He loved to read. He liked reading Malcolm X, and the last book he had was a book about Martin Luther King Jr. because he'd just gone to Atlanta for a college tour. He read some fiction and more serious books, too. And he wrote poetry about things that were happening in Chicago. He felt that black kids needed education. And he wrote something about how he knew one day he'd see me grieving. 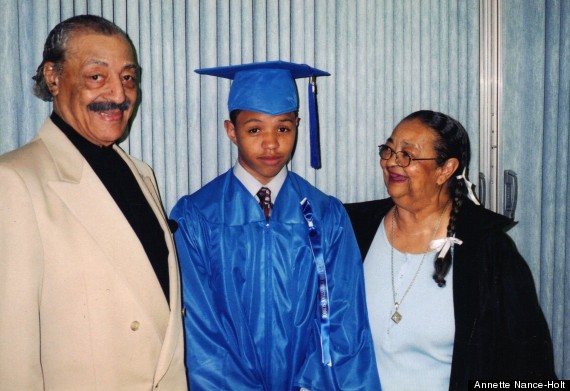 Blair with his grandfather and grandmother at his eighth grade graduation ceremony.

I don't care what any report says, the city is not improving on violence. When young people still have guns in their hands, it's not improving. I speak to school groups, and the kids say it's faster and easier to get a gun than anything else. Can't get an education, can't get a job, but you can get a gun.

I don't want more parents to experience what I experienced. For the rest of your life, your memory of your child is your child being murdered. Of standing at the funeral home trying to decide if it's real life. Of going to the morgue and seeing your kid lying on a cold slab. He's the first thing on my mind in the morning and the last thing at night.

I look at his friends now and they've finished college, they're getting married and starting families. I'll never be a grandmother and I'll never have grandchildren or a daughter-in-law. I'll never have those experiences that are normal to most families.

I won't have any of that. We never got to say goodbye; he was just snatched. 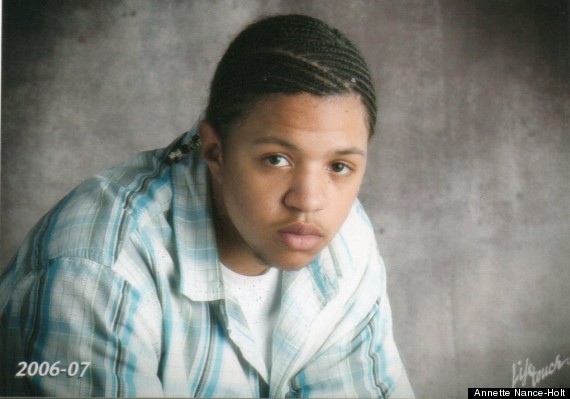 In 2007, Nance-Holt co-founded Purpose Over Pain, a group for parents who have lost children to gun violence. As told to Joseph Erbentraut.