Last night while the whole family was gathered together to watch a basketball game we noticed Murphy, our Cocker Spaniel, was acting strangely. I called the vet and described his behavior and she advised me to bring him in to the office. I didn't want to disturb all the grandchildren, so one of of my sons put Murphy in my car and I drove him to the veterinarian's office.

On the way there Murphy hardly moved. When I took him inside he never whimpered. Normally when he goes to the vet he is a nervous wreck, complete with shivering and shaking, but not this time. She examined him and looked at me and shook her head sadly.

"He's very, very sick. I can hardly hear his heart beating because he's struggling so hard to breathe," She opened his mouth and showed me his gums. "See the bluish color? He's not getting enough oxygen."

She asked me how old he was and I told her that he would be 14 in August. I could tell by the way he was acting that he wasn't going to make it.

I knew the answer before she said it.

"Are you sure he isn't going to get better?"

She shook her head "no."

"Then go ahead and put him to sleep but I want to be with him," I said.

She carried Murphy into a little room that had a couch and I sat down and put his head in my lap. The vet left the room so we could have some time to say goodbye before she administered the shot that would make him sleepy, and then another one that would stop his heart. As it turns out, neither was necessary.

As I sat on that couch rubbing his head my thoughts traveled back in time to when he was a puppy, a black and white ball of fur. Our twins were 10 years old and their birthday was the day after Christmas. I hardly ever found them a birthday present they liked more than their Christmas presents, but that year I did. I gave him to them in a shoe box and it was obvious that whatever was in the box was alive. They took the top off and Murphy jumped out. He walked around, sniffed, then peed on the carpet. The house was now his, but his heart, well that belonged to me.

He loved the twins and they loved him but it's almost as if he knew I was "The Mom." He became my shadow. We went to the twin's ballgames. I took him for walks at the park and when he was sick or needed shots, it was me who took him to the vet.

The last year or so Murphy's eyes began to cloud and he developed cataracts. He was going deaf and often had trouble jumping up on the bed. His skin was very dry and he had to have medicated baths. If puppies are cute and fun, old dogs are a lot of work but when you love them, you take care of them come what may.

I kept rubbing his head and I was afraid he couldn't hear me so I leaned over and spoke directly in his ear. "Murphy," I said. "I love you and we sure had a good run."

He took a few quick breaths and died in my arms. Of course I cried like a baby and as I write this I'm still crying.

Murphy was not an angel dog. He barked at relatives who tried to pet him. He loved human food better than dog food and if we didn't take the dishes immediately off the table, he would lick them clean. The last few months he had been having accidents in the house and I worried that the two year old granddaughter would push him until he snapped at her, but he never did. She couldn't pronounce his name correctly and called him Furfy. I know my heart will break again when she starts asking, "Where's Furfy at?"

There are so many little things he did that I can't stop thinking about. Until recently when his hearing began to fail him he would always meet me at the door with a sock in his mouth. I'm not sure what the sock symbolized but he never failed to bring me one. It was always a dirty one from the laundry room. He probably liked the smell, like most dogs he had a fondness for rolling in stinky things.

Yesterday my sons dug a grave beneath a huge oak tree on our farm. We carried Murphy out in a white wooden box and right before my husband placed him in the open hole he asked me if I wanted to see him one more time. I nodded and looked inside.

There between his front paws was a dirty sock.

I looked at my husband and he gave me weak smile. "I figured he would want one for the road."

Rest in peace, Murphy. You were loved and you will be missed by all, but especially by me. 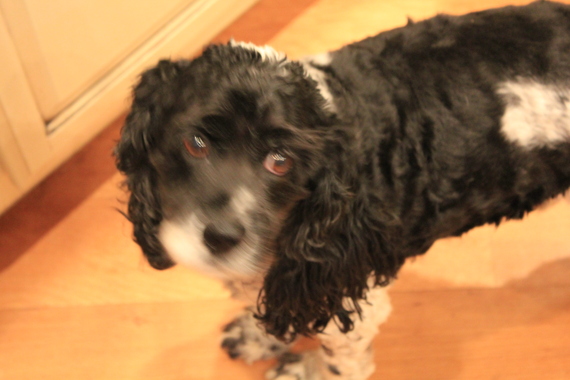 PHOTO GALLERY
Pitbulls and Other Dogs Sandy Zalagens Has Rescued
Download
Calling all HuffPost superfans!
Sign up for membership to become a founding member and help shape HuffPost's next chapter
Join HuffPost 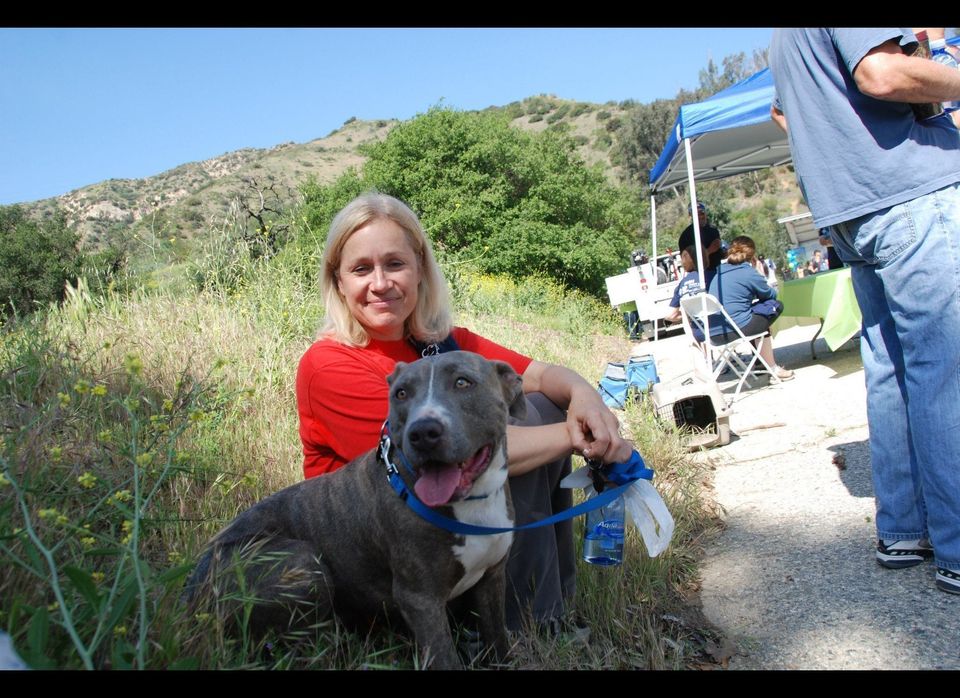