The first time I saw the 2010 film Waiting for Superman, I thought it the kind of ambitious propaganda fit for a hedge fund-driven movement. A little over the top but one that masked the issues just enough. What I didn't foresee, however, was Eva Moskowitz, one of the charter school world's most visible operators, spearheading massive political rallies on a yearly basis. Earlier this month the advocacy group started by Moskowitz, Families for Excellent Schools, again took a message of fighting inequality over the Brooklyn bridge as hundreds of families (whose kids were once again given the day off from school to attend) became something of political props or genuine protesters, depending on who you ask.

And yet in a debate between Moskowitz' and education activists on the left over who's on the right side of history, there are some who're upset that the charter movement is appropriating the language of social and racial justice. While that's true, the battle over education in the city isn't being waged exclusively through press conferences, it's happening on the ground -- and charter critics should recognize that if they want to stop Eva.

Charter school families at a rally this month (credit: NYPost)

I've always been inclined to criticize charters. Today's New York Times front pagestory about Moskowitz' Success Academy pushing out kids who wound up on a 'Got to go' list was no less shocking than the prevalence of "zero tolerance" attitudes there that include threats to call the police. And yet last week's outrageous video of a South Carolina police officer violently throwing a young black high school student, still in her desk, shows us that the problems with how we deal with our kids at school isn't limited to charters.

My older son has been a student at both a charter and district schools. In fact, I dedicated few months of my life to help stop my older son's charter school from being closed by the otherwise charter-friendly Michael Bloomberg administration. That school, Peninsula Prep in the Rockaways section of Queens, won me over when they seemed to push a different model--teaching Malcolm X and partnering with parents on afterschool sports programs. Kids at Peninsula Prep, like most charters, are mostly Black or Latino. Their parents, like myself, are often poor.

There are terrible charters, to be sure, but there are also those that are winning people over. So I wasn't surprised that there was a strong show of force of families marching under the charter banner. While I've read Diane Ravitch's scathing blogs and I abhor the model pushed by big chain charter operators -- which seem to be everywhere in Harlem, where we've lived the last three years -- how is it that I fought and marched for a charter?

When we were at PPA the school represented an opportunity for my son. The privatization of education was the furthest thing from my mind. As parents we were encouraged to be active and engaged. While obviously this didn't extend to making decisions on policy or curriculum -- which seems to be always off the menu for parents -- the efforts were legit. The excitement was real. You felt like you were part of something bigger than sending you kids somewhere while you went to work. I'm sure Moskowitz and her ilk have perfected the art of creating this atmosphere in their schools, too. They've skillfully aligned their privatizing aims with the need of many Black and Latino families to feel that their school is a vehicle for social mobility a movement.

But the single most important reason PPA stood out to parents like me was the reputation, either real or perceived (or both), that the local district schools were a dead end.

The entire New York City school system is highly segregated, and some schools are better than others. A recent dust up between white and black parents in Brooklyn is a perfect example of the highly charged atmosphere around education, race and class -- and district lines. And yet with charters, race is often the central issue -- often ignoring or looking past things like poverty or structural inequality. The charter movement, for its part, seems to basically peddle the conservative gospel of personal responsibility, selling itself as the educational equivalent of a community picking up its pants.

While I can't stand that point of view, does it have traction in segments of the black and brown community? I think it does and I think that that's often underestimated by people who criticize charters at an ideological level.

Across the street from our house there's an open field where I've noticed dozens of kids and their families enjoying flag football through the Charter School Athletic Association (CSAA). Those students families, all black, are being won over not by speeches or press releases but by resources. Of course charters benefit from their philanthropic donors. Geoffrey Canada's schools make my son's schools look like they're from a different century. Still, even in athletics charters seem to be moving while the public school system ignores racial disparities that students themselves point to. 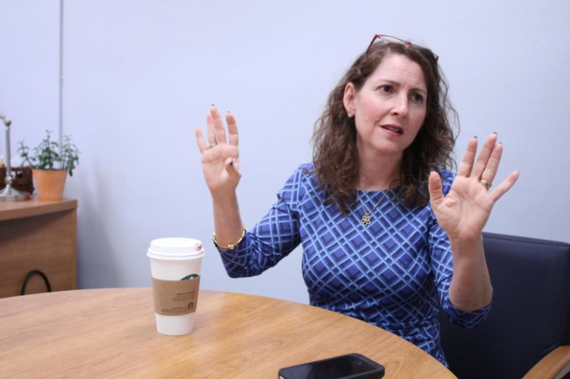 While I personally wouldn't trust Canada or Moskowitz with my car, let alone my kids, can I blame those who might? Most of my fellow parents of color that I've spoken to from Harlem to Far Rockaway aren't ideological about their school choice. They don't care that much about issues like the fight to end high stakes testing. Shit, many are in favor of it. In fact sometimes I feel some of these 'progressive' views on education are happening in some other remote corners of the city. The opt-out movement, which my son was a part of, for example, had tons of participation in Park Slope and Long Island. At our school in Spanish Harlem, my son was the only student in the school to opt out. When I mentioned it to other parents they looked at me like I was from Mars.

Take another issue the left points to. Lately I've read some good, focused criticism of Teach for America, a controversial organization that slides college-aged educators into schools for short spans. TFA and others' attempts to co-opt the message of social justice is troubling but do parents care all that much? These lengthy essays that ring the alarms about race and education seem to be happening in, ironically, mostly-white, privileged circles. No one in the hood reads the Nation or Jacobin magazine.

So can we hope to stop the corporate reform movement with lengthy essays and panel discussions? My neighbors seem shop at big corporate department stores without guilt. I'm not sure if 'corporate' has the terrible connotations for some people that we might expect it to. Perhaps there have to be more practical solutions and alternatives to counter with than simply asking parents, for example, to oppose charters because they're the diabolical plan of neo-liberalism.

If people want to beat back Moskowitz perhaps we have to connect parents with more resources and less talking points. Without erasing the hard work of those who're doing just that, it'd be a good idea to start to acknowledge that right now we're not just losing our grip over some social justice imagery, we're losing parents on the ground--the much more important battlefield.