"Losing My Religion'' is not just a song by R.E.M. It's also a fact of American life.

That's the message of a survey of more than 35,000 Americans just released by the Pew Research Center. The key finding: the number of Americans who claim no religious affiliation is growing, from 16 percent in 2007 to 23 percent in 2014. That's nearly a quarter of the adult population. Meanwhile, the number of Christians in the U.S. is down 8 percent. 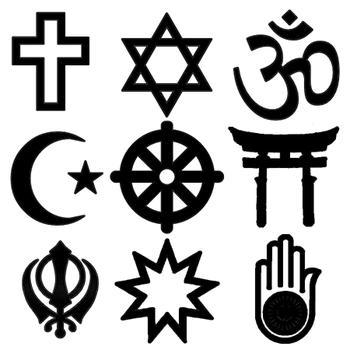 Pew estimates that the U.S. now counts about 56 million unaffiliated adults. The unchurched are larger than the number of Catholics and mainline Protestants and nearly equal to the number of evangelicals.

And it's having a political impact. Look at the backlash last month to the "religious freedom'' law passed in Indiana that would have allowed businesses to discriminate against same-sex couples on religious grounds. The huge wave of criticism shocked conservatives who are used to seeing "religious freedom'' trump every argument. This time, conservatives were forced to back down.

The rise of the unchurched is partly due to the growing numbers of millennials. Millennials (Americans born after 1980) are the least churched generation -- 35 percent are unaffiliated. But the turning away from religion is not confined to them. The Pew survey shows Christians declining and the unchurched increasing in every age group. Even seniors.

The growing number of unchurched matters politically because religiosity is a key marker of political affiliation. Not religion. Religiosity.

Today, if you can ask a voter only one question to identify his or her political leanings (besides "Are you a Democrat or a Republican?''), the best question would be "How often do you go to church?'' Pew reports that, among Americans with no religious affiliation, Democrats and Democratic-leaners outnumber Republicans and Republican-leaners 61 to 25 percent.

In 1992, I held a post as visiting professor of American politics at a leading Jesuit university. One of the perquisites of that position was an invitation to tea with the Cardinal. After we exchanged pleasantries, the Cardinal asked, ``Is there anything happening in American politics that I should be aware of?''

"As a matter of fact, your eminence, there is,'' I answered. "Since 1980, religious Americans of all faiths -- fundamentalist Protestants, observant Catholics, even Orthodox Jews -- have been moving toward the Republican Party. At the same time, irreligious Americans have found a home in the Democratic Party.

"This is something new,'' I said. Then I went a fateful step further, adding, "I'm a little uncomfortable with the idea of a religious party in this country.''

The Cardinal pounced. "Well,'' he said, "I'm a little uncomfortable with an irreligious party in this country.''

The unchurched are an important constituency in the Democratic coalition that Barack Obama brought to power. Democrats don't like to talk about them, however, because they don't want to be seen as "the godless party.''

The backlash to the sixties among religious Americans helped create the Reagan majority. The growing number of unchurched Americans has undermined it. We've seen views on same-sex marriage and marijuana liberalize with astonishing speed.

In the long run, the Pew study is good news for Democrats. The problem is, politics doesn't just reflect long-term trends, like changing demographics and declining religiosity. In politics, short-term factors typically dominate.

2008, for example, was a good year for Democrats. In the nationwide exit poll on election day, 16 percent of voters said they had no religious affiliation. They voted 67 percent for Democrats in elections for the House of Representatives.

2014 was a bad year for Democrats. In the 2014 midterm, the percentage of voters with no religious affiliation rose to 18 percent, even though the turnout of young voters was down. But enthusiasm for Democrats lagged in 2014, even among the unchurched. Only 60 percent of them voted for House Democrats.

Sure, the demographic trends look good for Democrats. The problem is, demographics is long. Politics is short.

religionPoliticsReligion and Politics
Go To Homepage