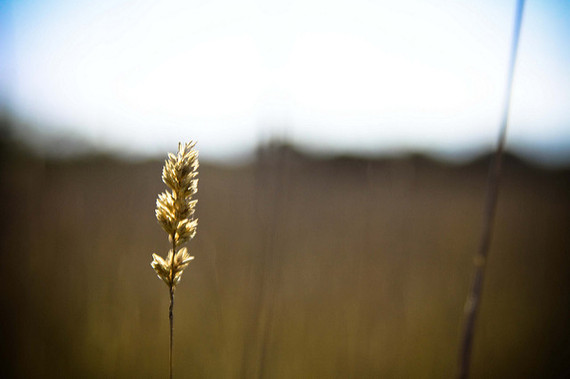 This year marks the 30th anniversary of my mother's death. She passed away, aged 45, when I was 23. At the time, I remember thinking that at least she hadn't died too very young. If there's one thought I regret having back then, it's that one.

I surpassed her age almost 10 years ago, and it looks younger with every passing year.

My mother was diagnosed with kidney failure when she was 25 and given a prognosis that wouldn't take her much beyond age 40. Two kidney transplants gave her five years more than expected. Still, when she finally did pass, we had all gotten so accustomed to her resiliency and survival that it came as a complete shock when she didn't pull through.

It took a while for me to realize that losing my mother while in my early 20s would bring with it nuances of grief that would only become apparent much later, like time-delayed emotional grenades.

The low-hanging fruit of loss. I accepted these missed moments as they arose.

I went through a long period of acute grieving, walking around feeling like the ground beneath my feet had disappeared along with the person who had always tried to help me find where to put the next step. I despaired for long enough to find out that when people tell you it might be time to get over it, what they mean is that they are over talking about it with you.

What I began to realize as I aged was that I'd only known my mother as a child and young adult. That is, I never fully appreciated her from an adult perspective, outside of my own relationship with her. She left while the world still revolved only around the axis of myself. And by the time I grew into a woman who could have more fully understood her as a another woman in her own right, she was long gone.

I'm reminded of a scene in the Paul Auster-penned film "Smoke," in which William Hurt recounts the story of a man who goes skiing in the Alps and comes across the body of a young man frozen in a glacier. Upon closer examination, the skier finds himself looking into the perfectly preserved face of his own father, who disappeared in an avalanche 25 years earlier. And the man realizes that he is older than his father was when he died.

For me, my mother is frozen in time both as the woman who was much older than me, and now, as a younger woman.

She took with her answers to questions that neither of us had even thought of yet. On what would have been my mother's 70th birthday, my grandmother said she didn't think my mom, her daughter, would have liked the aging process.

"Don't you think she would have considered it better than the alternative," was what I asked.

"I'm not so sure. She was a fighter, but getting older is a whole other kind of battle."

I was so grateful that I had my grandmother until fairly recently, when she passed away at age 101. Together, we joined hands to bridge the chasm left by my mother's absence. And she had a point -- the two of us found out more about aging than my mother ever could.

At this point, I've spent more time without my mother than I did with her, a thought which recently surprised me. She had a profound sense of humor about life, as do many young people who find themselves presented with a grimly terminal diagnosis. Humor is one of the best tools to make the best of a raw deal, and she was one of the best at using it to cut through the fear and pathos.

I try to remember that whenever I start feeling sorry for myself. I hear an echo of her laugh and it burns away any self-pity.

When she died in 1986, there weren't many books on dealing with grief, there was no Internet, and grief just wasn't something that people around me were discussing. I didn't know anyone who had lost a parent in their early 20s, and my friends were baffled and unnerved by my pain.

I had heard of the five stages of grief, but they didn't seem to bear much resemblance to what I felt. I felt a black hole of loss combined with a guilty elation at the wonder of life. I knew how tired she had grown of pain, of operations, of being in the hospital and being brave -- and I selfishly wished I could hear her laugh again. Often, I simply wished that medical science had advanced more quickly than her illness.

I told her, in what turned out to be our last conversation, just how much I loved and respected her. That I knew she was a wonderful mother. I don't know why I said all those things on our regular Sunday phone call, but I'm so glad she left knowing how I felt.

What would she have made of growing older in parallel with her daughter, me always a few steps behind her? I'll always grieve that I never got to see her as a grandmother herself, but I know I learned the best she had to offer as a parent.

Now, 30 years later, not a day goes by when I don't miss my mother. But it's not the acute pain of a dire injury. It's more like the faint limp left behind by a bad break. If there's one positive to losing a parent when one is a young adult, it's the development of a deep and abiding resiliency. Life has already hit you, hard. You might carry scars, but you're still standing.

I imagine her twirling her hair on her forefinger, giving me that little wink she did right before she laughed at something that tickled her, and telling me not to fret so much. Look on the bright side, kid.

30 Years Later, This Is What I've Learned About Losing My Mother
8 Guidelines For Stress-Free Aging