The other day I was driving cautiously down Lincoln Boulevard on my way to my summer internship in LA, when the No. 1 song emanating from the radio gave way to a series of commercials -- for auto insurance, Chili's, CVS pharmacy... I barely noticed them. Then a soft, almost whispery female voice spoke to me: If you called your dad today, what would you tell him? Would you tell him you miss him or that you hope you make him proud? Would you thank him for everything he's given you? Would you tell him that no matter how grown up you are, you still go to him for guidance? This Father's Day, send your dad a Hallmark card to show just how much you care.

It gave me the chills, not only because it was kind of creepy, but more so because it served as a sad reminder of a holiday that I would not be celebrating... again... not only this weekend but in the years that will follow. I imagined hundreds of other drivers also tuned in to the hit radio station on their morning commutes, who were kicking themselves for forgetting that Father's Day was coming up, making mental notes of the cards they would write and the gifts they would buy. For them the commercial was just like any other -- totally innocuous, if a little weird. It wasn't loaded with an emotional weight that they couldn't identify. I wasn't sure what kinds of feelings it roused within me. I have to admit I was surprised to find myself feeling anything, for while losing my father to colorectal cancer in 1998 wasn't easy, living without him for the past 14 years has been easier, made manageable by the fact that his absence has become the norm in our household, all my sister and I have ever really known.

Though we suffered that devastating loss at a young age (I was six, my sister only two), we have also been very fortunate to have been brought up by a strong, supportive, and loving mother whose friends and coworkers, both male and female, have and continue to serve as positive role models. Likewise our grandparents and extended family, especially our mother's father, always took an active interest in our lives. I remember my grandpa calling me to ask when my next Latin test was -- luceat lux vestra, or "let your light shine!" he used to say -- and to congratulate me on my first article in the high school's newspaper. He and my mother taught us the importance of hard work, humor, and of never losing one's sense of self in the face of adversity, whether it came in the form of a bad grade, a bully, or a failed attempt to secure a fellowship. Most importantly, they embodied resilience.

Needless to say, we did not want for attention, love, and guidance. But the experience of loss is one of immense complexity. And like most, I've learned that the mourning ritual -- the funeral ceremony, the eulogies, the tears, the music, the burial, the lilies, the reception, the casseroles, the milestones... be they week-long Shivas or graveside anniversaries -- only compartmentalizes grief, it does not cure it. As Joan Didion once wrote, "Grief, when it comes, is nothing we expect it to be... Grief is different. Grief has no distance. Grief comes in waves, paroxysms, sudden apprehensions that weaken the knees and blind the eyes and obliterate the dailiness of life."

There are moments where I crumble at the thought of my father, often unexpectedly. I dread the annual father-daughter dance both in grade school and now in my sorority, a tradition my mother tried to abolish on behalf of all the fatherless daughters in my school... to no avail. One year I asked my Mom if Brad Pitt could be a stand in... Matt Lauer was a distant second. I ultimately decided to stay home. At major life events, like graduations and weddings, my Dad's absence is particularly palpable. As I happily immersed myself in a college course called Civil War and Reconstruction, I longed to talk to him about the Battle of Shiloh, Robert E. Lee, John Brown and Joshua Chamberlain. He loved history and the Civil War was his particular passion. He even has the letter box Joshua Chamberlain received when he became president of Bowdoin College. Because my Dad was a criminal defense attorney, I would love to talk with him about famous trials and whether I should go to law school. I wish we could talk... about anything. These are fleeting moments, a reminder like an aching joint that flares up now and then, but they bring me a deep sense of sadness, one tinged with regret. Like the feeling you have when you sleep in all day and wake up to a gorgeous sunny afternoon. There is a sense of lost time, of a million happy moments that have long slipped away.

Faced with loss, most people retreat, regroup. Not my mother. Somehow, she summoned the strength to turn my father's death into something more significant -- a mission to ensure that other families don't suffer the same fate. My childhood was punctuated with bake sales and lemonade stands for colon cancer research. It really wasn't until I was nine or 10 that I realized my mother was engaged in awareness efforts that went well beyond our block. Through her work with the Entertainment Industry Foundation, she's raised $36 million to increase awareness and research in the fight against colon cancer. She also established the Jay Monahan Center at New York-Presbyterian Hospital. But that wasn't enough. Along with several other women she says were equally "pissed off" about the pace of progress in cancer research, she started a grassroots movement called Stand Up To Cancer. In four short years, the public and other donors have pledged more than $180 million to fund a new paradigm for cancer research, conducted by teams of scientists working together to get new therapies to patients quickly.

Being a part of this work and just witnessing my Mom's commitment has not only helped restore me to "the dailiness of life," it has given mine greater meaning. So while I won't be able to celebrate Father's Day with a card for my Dad, a tie he may never wear or a hamburger he's masterfully grilled, I will think of him this Sunday. And I will be thinking of dads everywhere enjoying their kids as well as good health, knowing my father's death has saved perhaps more than a few lives. 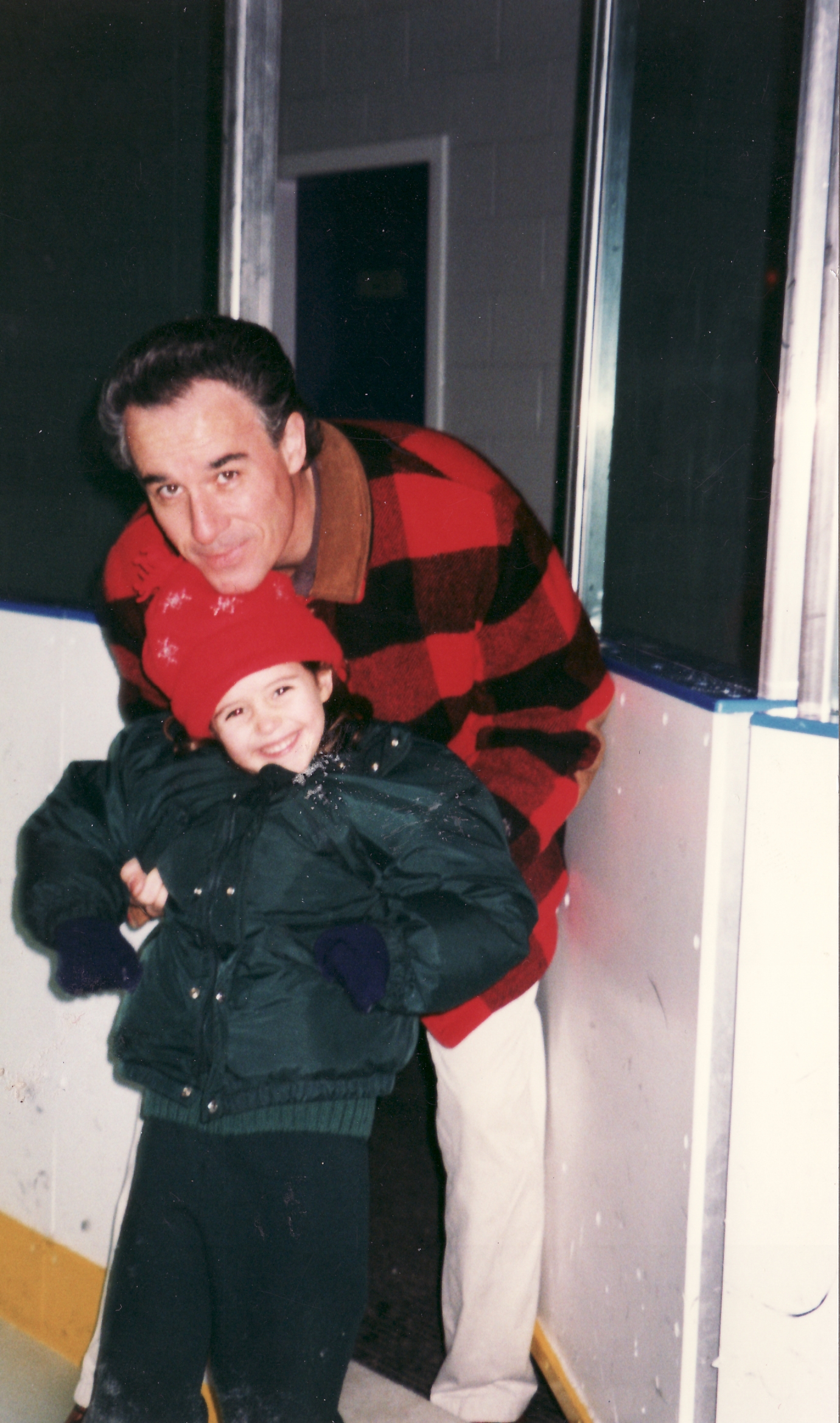 This Father's Day launch a star in honor of someone you love at su2c.org