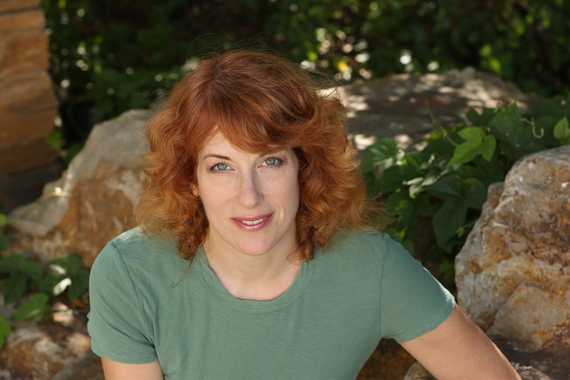 In the two and a half years since my husband died, I thought I'd feel better about my life without him. But I don't. Especially during the holiday season when I feel my loss even more piercingly than usual. And having to say that everything's going great just makes it worse.

As I approach my third holiday season in Widowland I keep thinking "If things aren't ok, just say so. Putting on an act feels fake, like I have something to be ashamed of."

But we're conditioned to think that if we aren't happy, we must fix it!

If we could only better organize our lives, or change them in just the right way, we wouldn't be sad, would we? It's been over two years, and I'm still unhappy a lot of the time, especially when I'm alone at night. I miss George. I miss the warm, nested life we had together.

A few months ago, thinking I wasn't really recovering from his death, I tried to figure out what's wrong with me. How to be stronger, more self-assured. How to be happy being alone. I could lie and say that redecorating, regular exercise, joining a bunch of groups and plunging into online dating made a big difference. But ultimately, they didn't.

Things might look better, but deep down I still felt the same.

I researched whether I had post-traumatic stress disorder from having been my husband's caregiver. If someone suffered a serious loss earlier in their lives -- my mom died when I was 10 -- a second loss can bring back those earlier traumatic memories as well.

I had symptoms of PTSD during my first year of widowhood, hyperventilating, having flashbacks of George when he was deteriorating. But those symptoms abated with time and therapy.

Am I clinically depressed? I feel bereft, but it's rarely debilitating. I still function and take care of myself. Perhaps I'd fallen into the hole of complicated grieving, bouncing among the stages of grief with no resolution. But over time, I obsessed less about George's death and started to think more about my possible future without him. He is at peace, but why can't I cheer myself up?

I don't appear to have any mental condition to blame for my lack of resilience. That would be a relief, an excuse for my inability to buck up and get on with it.

Finally, I decided that being unhappy a lot of the time is normal given that I lost my love of 32 years. That the loss is harder to bear around the holiday season is understandable, even typical. It would be odd if I didn't feel this way.

But, having to act like I'm happy just makes it worse.

People want to hear that the bereaved is doing fine. Especially if it's been over two years. "Yup, I'm loving widowhood! So much self-growth and plenty of time to plant a vegetable garden."

In movies, widowhood seems like a self-improvement course. The bereaved mourns gracefully, still looking perfect the whole time. After establishing a cute new business, she remarries within a moronically short amount of time and moves to a renovated yellow cottage with French doors, a Labrador retriever and a guy who looks like Richard Gere.

I watch movies about widowed people and throw cocktail olives at the screen.

If I say I'm lonely, married friends tell me to "get out there!" This generic command is pretty useless unless you offer to "get out there" with your widowed friend. Why do you think I want to venture out on a cold winter's night to hang out with strangers? In contrast, the partnered people get to stay snuggled at home watching Netflix and eating butternut squash soup with creme fraiche.

Actually, when I said I was lonely, I was hoping for a coffee or lunch invite.

Some of my divorced friends have talked about feeling a sense of shame from having to start over again. One said she felt defective when she got divorced. I've felt that shame too, like it's my fault if I'm unpartnered and lonely. I do not rejoice in my singledom. It was a loss, not a choice.

After George died, I'd sit on my bedroom floor and wail "what did I do wrong?" Objectively, nothing. But I felt so alone and powerless to fix it. There had to be a solution to my situation; I just hadn't been resourceful enough to figure it out. Finding true love for a second time is a lovely idea, the reality of online dating ranges from amusing to soul deadening.

Oddly enough, once I admitted to my friends, both close and not so close, that I felt alienated, things got a little bit better. People started admitting to me that they too weren't so happy all the time. Seemingly perfect marriages are flawed. Other folks have suffered their own losses and can relate to mine. If I feel like I have too much free time, other people are stressed out by having none.

I got a part-time job to get out of the house. I still don't know what to do with a law degree I haven't used in over 13 years. A few casual friends reached out to me with invitations and, in that way, became closer and less casual. They understood when I said "things are hard right now."

Sometimes the best gift is to listen without judgment. And without expecting your bereaved, or otherwise sad friend, to put on a happy act.

On Being A Widow: Shouldn't The Holidays Be Easier By The Third Year?
The Seven Myths Of Middle Age