The story of the Ross Sea Party is one of unlikely survival. Crew members from the ill-fated 1915 Antarctic expedition narrowly survived for more than three years after their ship, the Aurora, drifted out to sea during a blizzard, leaving them stranded on ice and forced to inhabit an abandoned hut. No one has seen what those lost years were like, until now.

New Zealand’s Antarctic Heritage Trust has brought to life 22 unprocessed photographic negatives that miraculously survived in that hut for nearly 100 years. The images were released after painstaking restoration work.

The negatives were found earlier this year by conservators who were working on a project to restore historic expedition sites in Antarctica, specifically the supply huts used by the Ross Sea Party. The box of negatives was discovered in a solid block of ice inside a photographer's darkroom at the base at Cape Evans where the members of the Ross Tea Party took refuge, according to the Antarctic Heritage Trust. 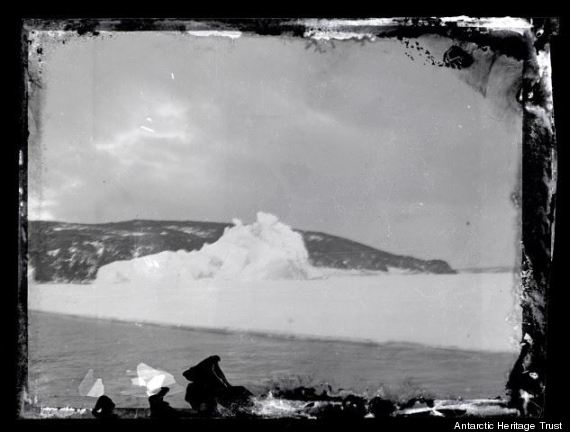 One of the restored images taken from the deck of the Aurora, looking south to Hut Point Peninsula.

The images, many of which were damaged around the edges, were brought back to New Zealand and restored by photographic conservator Mark Strange, who separated and cleaned the frozen cellulose nitrate negatives, according to 3 News.

"It's the first example that I'm aware of, of undeveloped negatives from a century ago from the Antarctic heroic era. There's a paucity of images from that expedition," Antarctic Heritage Trust Executive Director Nigel Watson told photography news site Imaging Resource. 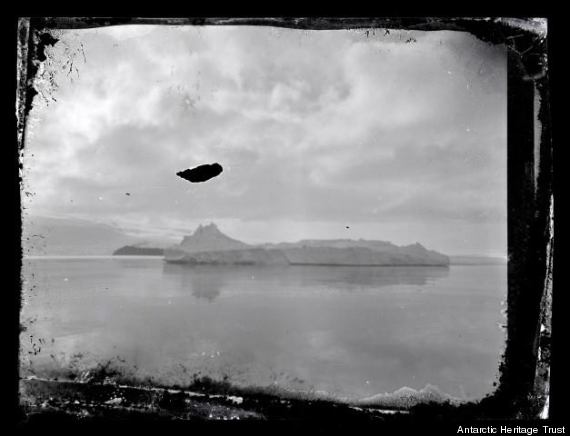 One of the restored images of Big Razorback Island, McMurdo Sound, most likely taken from the deck of the Aurora in January 1915.

In 1915, the Aurora dropped off ten members of Sir Ernest Shackleton's Ross Sea Party expedition on the shore of the McMurdo Sound in Cape Evans. The team, consisting of Shackleton's head scientist, photographer and eight other men, was expected to set up supply depots to help Shackleton and the rest of the team through the final part of their trek across Antarctica. The Aurora was supposed to be a safe haven for the Ross Sea Party while the group was working on land. However, the ship blew off into sea during a blizzard, New Zealand news outlet 3 News notes.

Stranded on the ice, the team took refugee in a hut that was built two years before by members of the Terra Nova Expedition, Captain Robert Falcon Scott's mission to become the first man to reach the South Pole. In January 1912, Scott became the second man ever to reach the South Pole. Yet as CNN notes, the explorer and several members of his expedition died in March 1912 during the return trip. 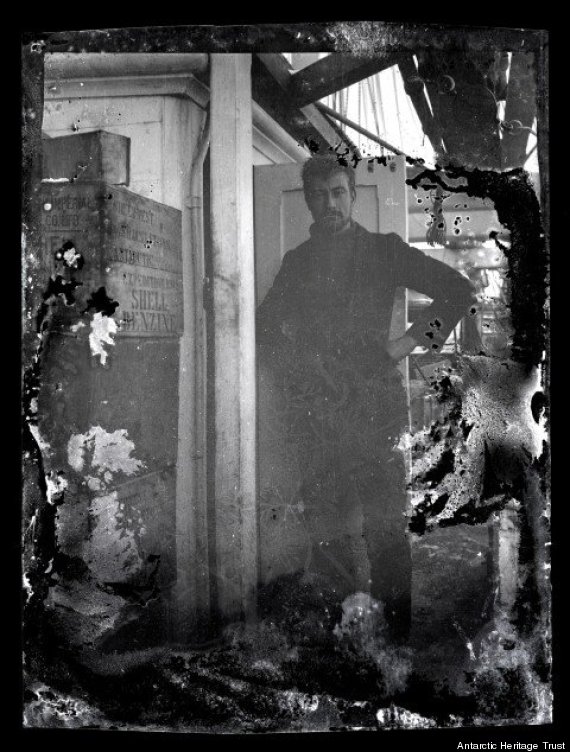 Alexander Stevens, chief scientist on board the Aurora, who was later stranded at Cape Evans.

In January 1917, the Aurora returned to rescue the stranded men. Three had died from the extreme conditions, including the party’s photographer, Arnold Patrick Spencer-Smith, per Imaging Resource. However, 3 News notes that it is not known if Spencer-Smith was the photographer behind the recovered negatives.