When an expedition team set off to Haiti in search of a missing frog, little did they know that they would rediscover six other frog species instead. Conservation International's Amphibian Conservation Specialist Dr. Robin Moore led a team to the mountains of Haiti last October, looking for the La Selle Grass frog, which has not been seen in over 25 years. While the La Selle Grass frog was not found, the team found six other amphibians that had not been seen for nearly two decades. As Dr. Moore remarks, "We went in looking for one missing species and found a treasure trove of others. That, to me, represents a welcome dose of resilience and hope for the people and wildlife of Haiti."

The rediscovered frogs all have unusual features:

Hispaniolan Ventriloquial Frog - This frog's call is projected like a ventriloquist, with a rapid, seven-note series of chirps.

Mozart's Frog - When an audiospectrogram was made of this frog's call, it resembled musical notes, and thus was given its music-inspired name.

Macaya Breast-spot frog - This adorable speck of a frog is about the size of a green grape, making it one of the smallest frogs in the world!

Hispaniolan Crowned Frog - Similar to a crown, this frog has a row of protuberances on the back of its head.

Macaya Burrowing Frog - With big black eyes and bright flashes of orange on its legs, this frog is known not just for its appearance, but also because the frog's eggs hatch directly into froglets.

Unfortunately for these spectacular and unique creatures, all six frog species are listed as Critically Endangered; in fact, 92 percent of Haiti's amphibians are listed as threatened. Dr. Moore explains the implications: "Clearly, the health of Haiti's frogs is not anyone's primary concern here. However, the ecosystems these frogs inhabit, and their ability to support life, is critically important to the long-term well-being of Haiti's people, who depend on healthy forests for their livelihoods, food security and fresh water. Amphibians are what we call barometer species of our planet's health. They're like the canaries in the coal mine. As they disappear, so too do the natural resources people depend upon to survive." 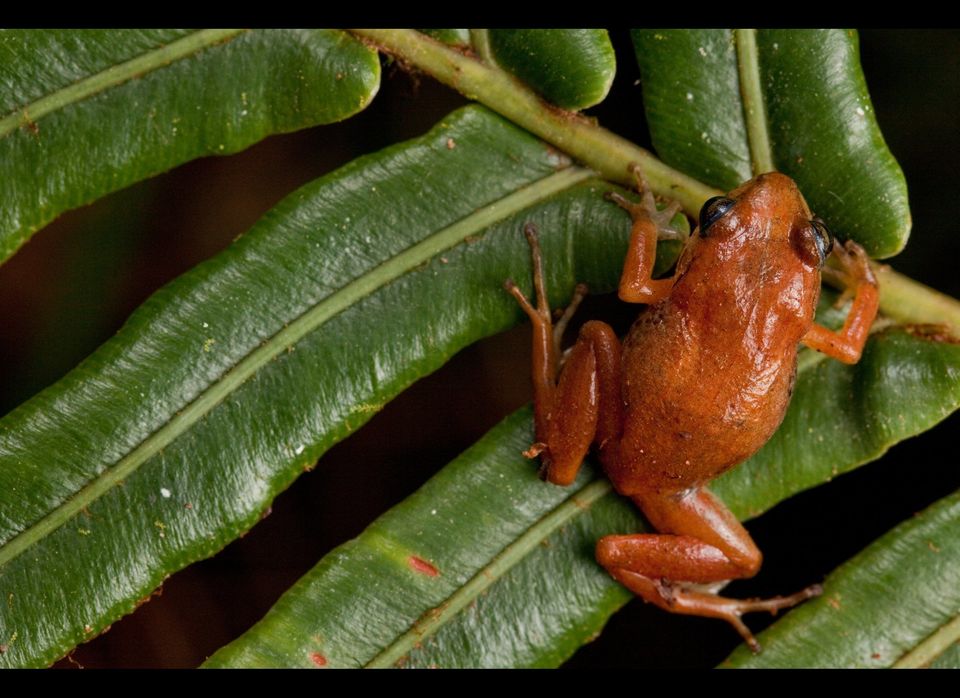