Cats rule the Internet. You can't be online anywhere without seeing the latest video of a cat doing something adorable.

For example, have you seen this hilarious YouTube video of cats freaking out at the sight of cucumbers? It's akin to how a person would freak out after noticing someone strategically placed a piece of poop on your floor.

I once missed an entire week of work after getting sucked into endless online space-themed cat videos. I had to fake a FMLA claim just to not get fired. To this day, if someone asks, I suffered three consecutive strokes... but the good news is the doctor called my recovery a 'Thanksgiving Miracle.' Granted, this took place in October but there is no socially acceptable rally point around a 'Halloween Miracle.' This remains a hole in my story.

Truth be told I'm not a fan of cats. Never have been. My dad hated cats so by default I did also. I believe he hated cats because his parents hated cats. I don't believe my mother had an opinion but blindly accepted my dad's beliefs on the subject.

I was caught in a generational loop of cat hatred.

In 1993 my life was turned upside down when I met and later married a beautiful woman who loved cats. 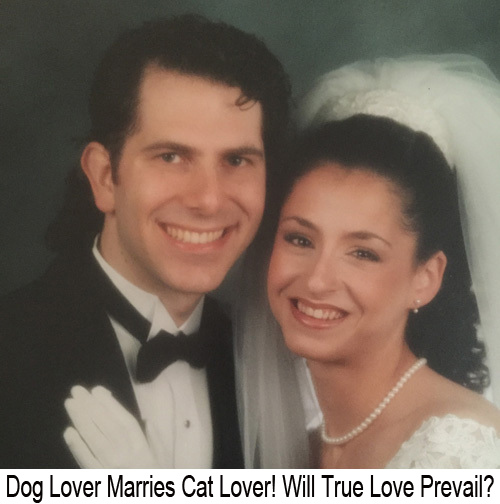 My wife wanted a cat from Day One, but I persuaded her to get a dog. She loved the dog, but in her heart it was a cat that she desired. I never should have tried to change her. The fact is if you are born a cat lover that's who you are, it isn't a choice.

Ten years into our marriage I finally gave in and agreed to get a cat. People said, "Jeff, why now?," and I would reply, "When you love someone you have to make compromises." I would then be asked, "But you waited ten years." To which I'd reply, "Another way to look at it is that I didn't wait twenty." I'd eventually unfriend most of these folks on Facebook.

It was a joy actually watching how the cat made a huge impact in my daughters' lives. My wife had passed her love of cats on to our children, thus breaking the cycle of hatred my father had passed down to me. The cat however hated me, but we won't dwell on that, I think that's what some folks refer to as karma. 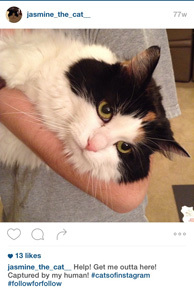 The first thing you may notice is that the cat got 13 more likes on her photo than I generally get on mine. This just made me hate cats all over again, but after a few therapy sessions I'm happy to report I'm now mostly over it.

By the way, fair warning, if you Google search 'Instagram Jasmine' you will get results much more interesting than our cat. I did that accidentally, and spent hours reviewing the results. I suppose if I didn't have a cat I would have missed out on that so let that be a lesson to all those cat haters out there!

My 88 year-old neighbor died recently. She was a nice lady and when her kids came by to collect her things, they left with her six cats. Yes, she was an old lady with many cats, but it wasn't my intention to stumble into that cliche. My neighbor was old and had cats. Sue me.

I decided to do a little research and try to document these lost souls.

The Cats the Internet Forgot

You can search, but you will not find anything (until now) on Beatrice. 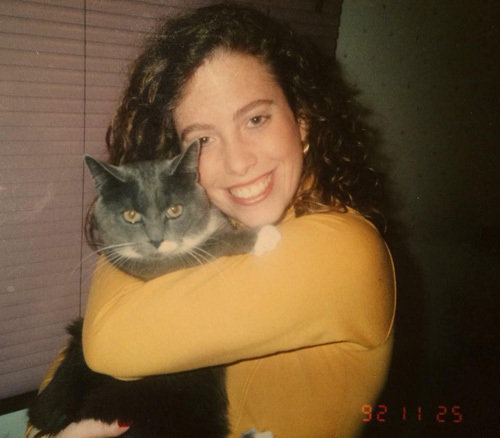 Did you know Beatrice loved to jump from the fifth step of the staircase and hilariously slide into the front door? Of course you don't. We couldn't video from our phones in 1992.

Have you heard the story of Pickles (pictured below)? Pickles was the cat that famously crocheted her own blanket. There was a local story in the Observer newspaper 17 years ago which I'm sure you missed. Can you imagine how many YouTube hits a crocheting cat would receive today? It's tragic to think this never became an animated GIF. 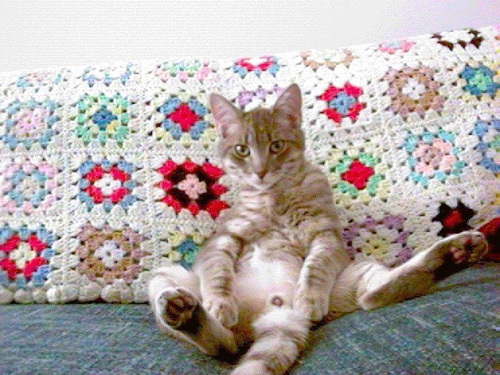 And finally (for this story at least) I'd like to introduce you to the late Mr. Whiskers. Mr. Whiskers lived with Ruth, a 90-year-old woman, and there wasn't one day that Mr. Whiskers didn't brew and pour Ruth her cup of coffee. 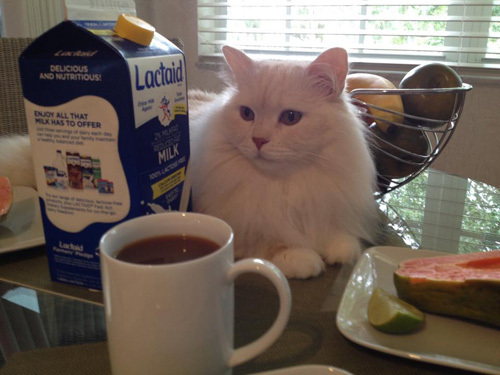 A cat who can pour coffee begs the question, "How many times would you watch a Vine of that?" Probably a billion.

When Mr. Whiskers passed away, he was buried alongside the Mr. Coffee he lovingly used day after day. Sadly Ruth, his owner, died shortly afterwards... according to her doctor from a horrendous caffeine withdrawal.

So many stories undocumented. So many tales (and tails) lost to our pre-digital age.

I have a sense of comfort knowing that my daughters, along with my wife and I, have properly documented my cat's life on Instagram, Facebook, Vine, Pinterest, Snapchat, Twitter and Tinder. Yes Tinder, but only because she likes to swipe at things.

My point is that I know the world is a better place exposed to all the daily details surrounding my cat. Whether it be what she ate, something she pawed at, or a funny noise she made. I know I'm bringing joy to the masses by allowing this to be viewed over and over again.

On behalf of my entire family I say, "You're welcome."

If you have a cat story you'd like to share, please leave it in the comments section. I know millions of people would love to hear it.

Thanks to Roy Krauthamer, Jennifer Freedland and Alyssa Cohen for sharing their photos with me.