The space of time sandwiched between Mother’s Day and Father’s Day can bring unique anguish for people whose children have become alienated from them through a high conflict divorce.

Parental alienation happens when a child becomes enmeshed with one parent, strongly allying himself or herself with that parent, and rejects the other parent without legitimate justification. These children are encouraged by one parent, the favored parent or alienating parent, to unjustly reject the other parent, the targeted parent. The children can fall prey to the alienating parent’s tactics as a means of escaping the conflict.

According to psychiatrist Dr. William Bernet, professor emeritus of Vanderbilt University and a researcher into the phenomenon, “Almost every mental health professional who works with children of divorced parents acknowledges that PA—as we define it—affects thousands of families and causes enormous pain and hardship.” (Parental Alienation, AACAP News, Sept 2013, pp. 255-256.)

These criteria sound academic but their effect is exquisitely awful in the most human and primal way. The child basically constructs an alternate reality where the parent is some kind of monster. There’s no longer any sense of the parent as a human being with the ordinary nuances of the gray scale, or as a good-enough parent; the parent’s actions and statements are twisted, distorted, and massaged to “prove” that the parent is unworthy of contact.

Children will adamantly maintain that they themselves have compiled their list of rationalizations for the parentectomy in progress. This is called the independent thinker phenomenon.

For a parent who would willingly give his or her heart or liver to a beloved child who needs it, it’s a nightmarish turn of events. The pain is surreal, and it’s frequently heightened both by outright viciousness on the child’s part and by the child’s complete lack of remorse about the way he or she has treated the targeted parent. The child feels entitled to demonize the targeted parent and justified in doing so, and therefore entitled to behave with extreme nastiness toward the parent.

Amy J. L. Baker, PhD, one of Bernet’s research colleagues, writes about seventeen primary strategies used by the alienating parent to foster conflict and psychological distance between the child and the targeted parent. 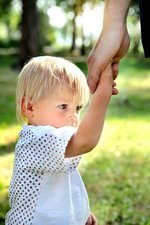 The targeted parent can feel bewildered when witnessing the alienating parent’s strategies, because the distance itself is so unthinkable. It doesn’t feel real in the context of a history of a normal loving relationship with a son or daughter. It’s shocking and heart-rending when those toxic tactics succeed. “Alienation occurs when one parent gives the child permission to break the other parent’s heart,” Baker notes.

Older children can be particularly eloquent and cutting in their reasons for rejecting a parent while simultaneously insisting that the parent has rejected them. A parent trying with the greatest love to effect rapprochement can find older children completely recalcitrant.

“They must choose between the pain of self-inflicted alienation and torture on the one hand and the hard work of life: working it out with people with whom you should work it out. Free will. It is their choice,” said one psychiatrist. But do they even know they have a choice, after having basically been brainwashed to despise a parent?

Some groups oppose the concept. Some advocates of victims of domestic violence and child abuse claim that there is no such thing, that children reject a parent only when the parent has been abusive. Dr. Richard Gardner, a psychiatrist who formulated a specific theory of parental alienation syndrome, was roundly criticized. To this day, parental alienation per se has not been incorporated into the DSM-5.

Fortunately, thanks to the efforts of Bernet, Baker, and colleagues, the spirit of parental alienation recently made its way into the DSM, even if the exact term “parental alienation” has not. There are now diagnoses that reflect the mental illness of this terrible phenomenon, in particular parent-child relational problem and child affected by parental relationship distress.

Of child affected by parental relationship distress, Bernet writes, “It is an important new diagnosis used ‘when the focus of clinical attention is the negative effects of parental discord (eg, high levels of conflict, distress, or disparagement) on a child in the family, including effects on the child’s mental or other physical disorders.’”

To study this sad phenomenon and to educate the public, Bernet founded the Parental Alienation Study Group (PASG). PASG is an international, not-for-profit corporation with about 220 members – mostly mental health and legal professionals – from 32 countries. PASG members are also interested in developing and promoting research on the causes, evaluation, and treatment of parental alienation.

For a targeted parent, it can help to know that there is support. In addition to the PASG website, there are several books, some good ones written by Baker herself. There are therapists and coaches who can offer compassionate support and strategies for responding to the alienating tactics without becoming engulfed in anger or despair.

Alienation can last for many aching years but reconciliation is a possibility. There’s no making up the lost time, but the parent sometimes is found again.