An Israeli court has ruled that a claimed “lost tomb of Jesus” described in a 2007 documentary by the same name is not a fraud, reviving a debate over Jesus' life and death.

The documentary, produced by James Cameron and written by Israeli-born filmmaker Simcha Jacobovici, contends there's evidence that Jesus had been married to Mary Magdalene and that they had children. As evidence, the film points to a tomb discovered in the East Talpiot neighborhood of East Jerusalem in 1980 that contained ossuaries -- small chests that held the bones of the dead -- with inscriptions that read “Jesus son of Joseph,” “Mary,” “Judah son of Jesus” and other names of New Testament figures. 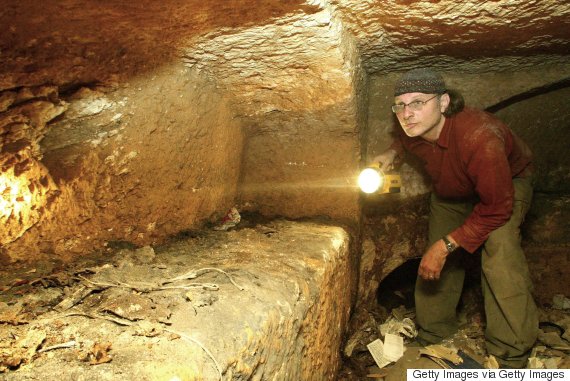 If true, the findings would challenge some of the core beliefs of Christianity, namely that Jesus’s body was resurrected to Heaven, and that he never married or had children.

Dr. Craig Evans, a New Testament professor at Acadia Divinity School, warned that the court's decision does not imply that Jacobovici's documentary is necessarily accurate.

"Very few scholars and archaeologists, virtually none, agree with his interpretation," Evans told The Huffington Post. "The inscription is genuine, but that does not settle the question of identity. The scholarly debate continues."

Karen L. King, a professor at the Harvard Divinity School, raised the question of Jesus’s marital status in 2012, pointing to evidence from a scrap of papyrus that divided scholars. Despite her belief that the fragment is an ancient document, King maintained it does not prove Jesus had a wife.

To further complicate matters, Ruth Gat, the widow of the original field excavator of the Talpiot Tomb, made waves at a 2008 scholarly conference organized by the Princeton Theological Seminary by saying her husband had believed the tomb to be that of Jesus. Many scholars who were present balked at the revelation. Jacobovici pointed to Gat’s statement as further evidence for his film.

On the question of whether the documentary was accurate, Sheinman said he would leave the matter to theologians and academics.