Young people will change their habits between the sheets, if it means a chance to win big bucks.

New research by the World Bank is shedding light on a potential and unlikely weapon in the fight to promote safer sex practices and fight AIDS in the developing world: The prospects of winning the lottery.

In a study published in March, 3,029 young people in Lesotho were assigned to either a control group or an intervention group. Participants in the control group were promised a small stipend upon returning every four months to be tested for two treatable sexually transmitted infections (STIs) -- syphilis and trichonomiasis vaginalis.

Participants in the intervention group, however, did not receive stipends; instead, they were eligible for a chance to enter a lottery drawing to win either $50 or $100 every four months, should they test negatively for the two STIs.

Both groups were tested for HIV, although the results were not a factor in lottery eligibility.

"As risky sexual behavior, which is responsible for the vast majority of new HIV infections, also involves a risky gamble, lottery programs may better target those at higher risk of getting infected by HIV," the authors noted in the paper's introduction.

After two years of conducting the study, researchers found a 21.4 percent drop in HIV incidence in the intervention group compared to the control group.

In a country where the HIV prevalence rate is 22.9 percent among people aged 15 to 49, according to UNAIDS, the potential to win the lottery incentivized participants to practice safe sex, research concluded.

“We are the first to find a significant reduction in HIV incidence though behavioral intervention,” Martina Bjorkman Nyqvist, who oversaw the study, told Foreign Policy.

As the outlet pointed out, a more traditional approach to fighting AIDS in the developing world includes increasing access to condoms and educating communities on what the virus is and how it is transmitted. The World Bank's research doesn't contradict these ideas, but adds to the conversation.

"Our results provide evidence of one complementary tool –- lotteries –- that may be successfully implemented in various other prevention programs to enhance the demand for safer sexual behavior," the study concludes. 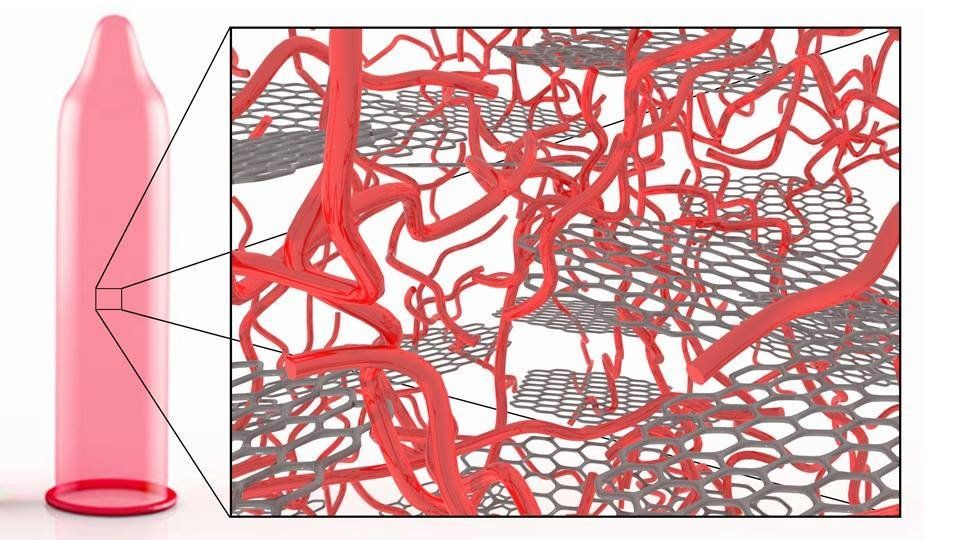 1 / 28
Using Nanomaterials to Increase Sensation
Aravind Vijayaraghavan and his team from the University of Manchester in the United Kingdom are creating new elastomeric composite materials for condoms to enhance the natural sensation during intercourse.
Bill and Melinda Gates Foundation