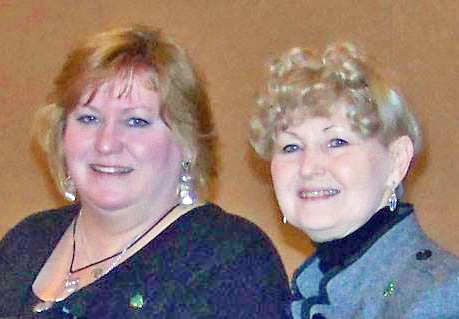 When I was growing up, we used to have heroes -- people who were widely admired by all. But now it seems that we love to topple our heroes off of their pedestals and few can survive the pressure of intense scrutiny. An ill-advised tweet and decades of good deeds are instantly erased and a reputation is ruined.

That's why I count myself lucky to still have a hero in Loretto "Lou" Szucs, and I'm far from alone. Within the genealogical world, Lou is loved and respected by all and has been for decades. Today, she is retiring as Vice President of Community Relations of Ancestry.com.

These days, with their ubiquitous, shaky-leaf commercials and sponsored TV shows, Ancestry.com is well-known, but that wasn't the case when Lou first joined forces with the company in 1982. In fact, she has served longer with Ancestry than anyone, and in multiple capacities.

First, she shared her accumulated wisdom in books such as The Source: A Guidebook of American Genealogy and Ellis Island: Tracing Your Family History through America's Gateway, classics which grace the shelves of any serious genealogist. Then she assumed responsibility for the publishing arm of the company, editing Ancestry Magazine and countless books by others in the field. And she hit the road, criss-crossing the country to speak at an endless array of conferences.

Even before she became Vice President of Community Relations, it was apparent to all that Lou was Ancestry's ambassador to the genealogical community. But she was always more than that -- the heart of the company and, truly, the ambassador of our industry.

With the backbone of Winston Churchill and graciousness of Jacqueline Kennedy, Lou has served as our tireless voice and the one we turned to get things done. Her workload and personal obligations would exhaust most, but she has always soldiered on, all the while insisting she was the fortunate one.

And she's always taken the time to offer a kind word. So many of us in the genealogical world, myself as much as anyone, are indebted to her for the opportunities she's created for us, and every conversation or email with Lou leaves the recipient feeling appreciated and uplifted. Somehow, every "thank you" to Lou has a way of boomeranging.

Lou Szucs is the rarest of rare -- a hero who has never disappointed -- and I am grateful to call her my friend. I am grateful, too, for the legacy she has given the genealogical community in her daughter, Juliana, and hope that Lou's retirement will offer mother and daughter at long last, the chance to delve further into their own remarkable family history.