In late August each year, monarch butterflies migrate roughly 2,000 miles from southern Canada to an isolated area in the forests of central Mexico. Their journey -- the longest of any butterfly on the planet -- typically ends in November and December, and those that make it spend the rest of the winter in the warm climate of the region.

Award-winning cinematographer Louie Schwartzberg traveled to Mexico and filmed the butterflies' time there for his 2013 documentary "Wings of Life." As Schwartzberg tells Oprah on an interview for "Super Soul Sunday," the experience goes beyond the visual beauty of the butterflies.

As Oprah marvels at time-lapse footage Schwartzberg shot of a caterpillar transforming to a butterfly in its cocoon, the filmmaker explains the spiritual side of what he captures. "Metamorphosis has always been the greatest symbol of change for poets and artists," he says. "Imagine that you could be a caterpillar one moment and a butterfly the next."

"What's it like to be in the midst of all that?" Oprah asks, as she sees behind-the-scenes video of Schwartzberg completely surrounded by the monarchs.

"The sound of a million butterflies flapping their wings is undescribable," he says. "It's very heavenly."

More of Louie Schwartzberg's interview airs on "Super Soul Sunday" this Sunday, April 6, at 11 a.m. ET on OWN. The episode also live streams on Oprah.com and Facebook.com/supersoulsunday. 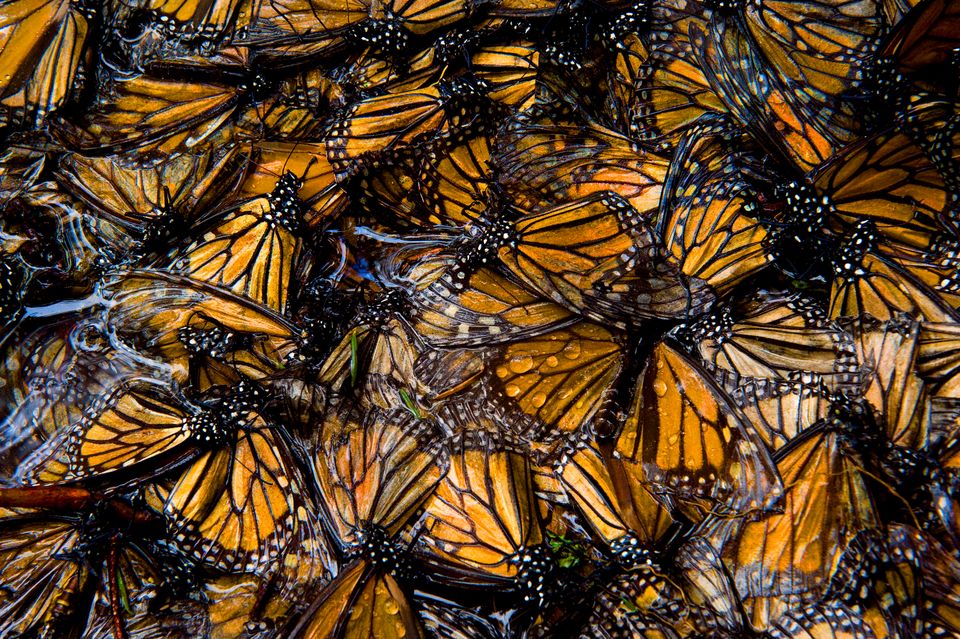