Louis Caldera, Director of White House Military Affairs, resigned today from his position in the wake of the Air Force One flyover photo-op over lower Manhattan two weeks ago.

President Obama accepted the letter of resignation, in which Caldera wrote he felt that the controversy surrounding the event made it impossible "to effectively lead the White House Military Office." He added, "moreover, it has become a distraction in the important work you are doing as president."

In addition to Caldera's resignation letter, the White House also released a report on the incident, as ordered by President Obama, as well as the product of the controversial flight -- a photo of Air Force One in the sky over the Statue of Liberty. 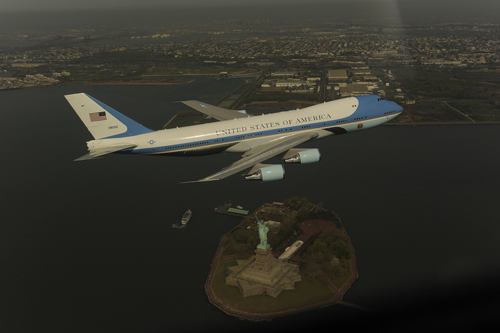