About 20 years to the day after the first episode of "Late Night with Conan O'Brien" hit the airwaves, Louis C.K. stopped by O'Brien's show to chat. Why is this significant? Well, C.K. was on O'Brien's very first writing staff, and the two took some time to remember what it was like working on that first show.

Louis C.K. was 25 years old and O'Brien was only 30, so the show experienced plenty of growing pains early on. They recalled a few instances when C.K. would openly yell at O'Brien if he disagreed with him. In one memorable instance, C.K. wrote a slavery joke that O'Brien reluctantly performed and was subsequently booed. Another time, C.K. got so mad during a meeting that he ran out of the room crying.

Check out the clip above to see the two men reminisce about the old times. 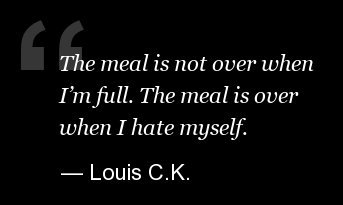