Last night while flying to Los Angeles, comedian Louis C.K. ended up committing T.U.I., or "Tweeting while intoxicated." After a few too many rum and Cokes, the "Louie" star let loose on Twitter about Sarah Palin, The Beatles, and more for his 180,000 followers.

The jokes were pretty offensive and contained plenty of slurs, and Palin took the most blows. Later, C.K. even tweeted a slightly confusing string of tweets directly at her using her Twitter handle @SarahPalinUSA.

See a few of his tweets below, and read the rest for yourself on C.K.'s Twitter page. 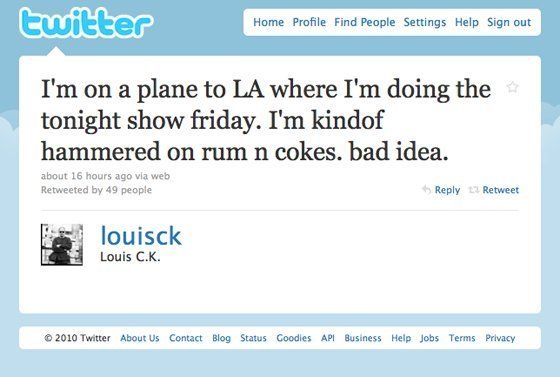 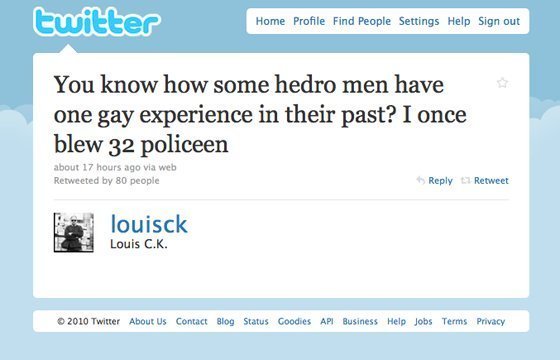 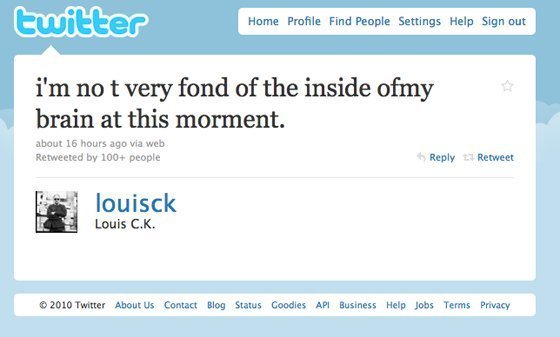