On Tuesday night, he was presented with The Moth Award, an award given to amazing storytellers as part of the The Moth Radio Hour. "Stories are the only things you have that are really yours," said the comedian.

And with his award in hand, Louis C.K. blessed the stage and shared a hilarious story about the first time he had ever traveled to Russia back in the '90s, when he was in his 20s and writing for Conan O'Brien.

"I had written there for two years and I was burnt out and I didn't want to do it anymore," he said. The head writer for "Conan" told him to take two weeks off to clear his head, so Louis C.K. did just that.

"So I had nowhere to go, and I thought, maybe I'll go to Russia. I don't really know why." Meanwhile, the Soviet Union had just recently collapsed, and the country was poverty-stricken and dilapidated.

Finding comedy in a situation like that is something you really can only expect from Louis C.K. And he does not disappoint.

PHOTO GALLERY
19 Reasons To Drink (According To Bars)

Louis C.K. Accepts Award At The Moth And Tells Hilarious Story About Traveling To Russia
19 Reasons To Drink (According To Bars) 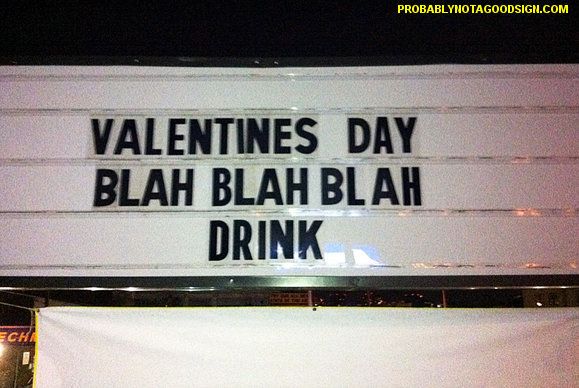 1 / 19
Blah, Blah, Blah
This sign says nothing and everything at the same time.
<a href="http://probablynotagoodsign.com/funny-marquee/ill-drink-to-that/">Probably Not A Good Sign</a>